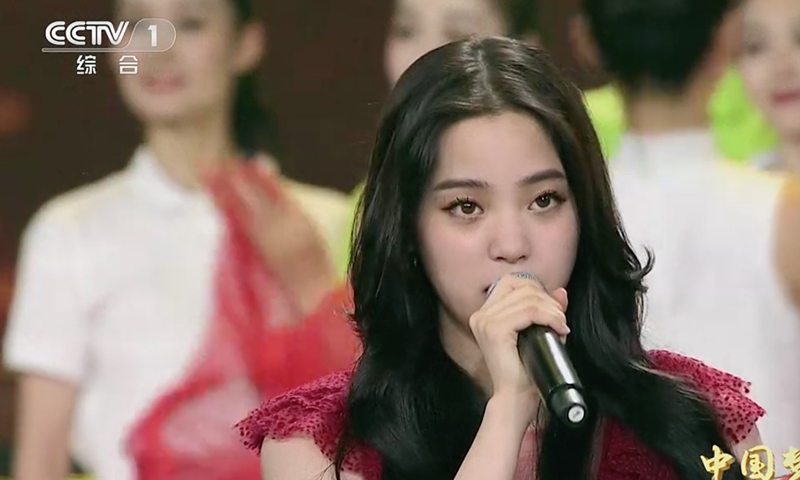 Despite threats from Taiwan authorities' warning and intimidation, Taiwan-born entertainers Ouyang Nana and Angela Chang Shaohan supported by the Taiwan Affairs Office of the State Council performed at the Chinese mainland's National Day gala on Wednesday evening as the mainland audience wanted.

Taiwan-born cellist/actress Ouyang Nana and singer Angela Chang Shaohan performed in the first patriotism section of the gala with other artists, including compatriots from Hong Kong and Macao.

While Ouyang, a 20-year-old cellist and a popular idol in TV dramas and reality shows in recent years, performed a song titled, "My Motherland," Chang, who has been popular on the mainland since the early 2000s, performed with other artists an anti-epidemic-themed song titled, "Guardianship," to deliver love and courage to those who fought against the coronavirus amid the epidemic.

After the China Central Television's announcement of their participation in the gala, the two entertainers came under fire from Taiwan authorities who claimed they are facilitating the mainland's reunification agenda, and promoting a Taiwan version of "one country, two systems." 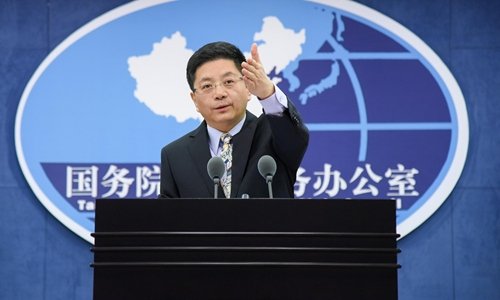 Ma Xiaoguang, spokesman for the Taiwan Affairs Office of the State Council.

The island of Taiwan's Mainland Affairs Council (MAC) on Saturday urged Taiwan-born entertainers not to attend the gala, a move that was slammed by analysts as politicization of cultural activities and "spreading green terror" by any means possible to thwart normal exchanges.

Ma Xiaoguang, spokesman for the Taiwan Affairs Office of the State Council responded at the press conference on Wednesday that threats from Taiwan authorities are trumped-up charges and arbitrary condemnation.

According to Ma, during every major Chinese festival, mainlanders celebrate together with their compatriots from Taiwan, Hong Kong, Macao and overseas Chinese communities.

The Taiwan Affairs Office of the State Council also proactively supports Taiwan-born artists to come to the mainland for development, to participate in cross-Straits film and television exchange activities, and to perform with mainland singers on the same stage, which is favored by the audience. The island's Democratic Progressive Party (DPP) administration's threats and intimidation against people in Taiwan who communicate with the mainland are merely arbitrary condemnations, Ma said.