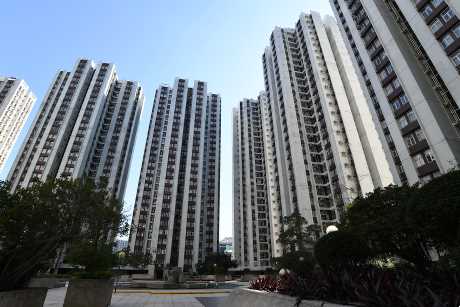 Hong Kong on Thursday reported seven imported Covid-19 cases involving mutant strains, including two men who lived in Hong Kong during the incubation period, which triggered compulsory testing in Taikoo Shing.
A 39-year-old man who lived at Po Shan Mansion in Taikoo Shing departed Hong Kong on November 20 for the Czech Republic via Germany after testing negative on November 19.

He arrived in Hong Kong on November 29 from the Czech Republic by flight LH796 via Germany, and his specimen collected upon arrival tested negative.

His sample on Tuesday in a designated quarantine hotel tested positive for the L452R mutant strain with a low viral load, and he remained asymptomatic.

According to the compulsory testing notice, anyone who has been to Po Shan Mansion, Kao Shan Terrace, Taikoo Shing for more than 2 hours at any time during the period from November 16 to December 8 has to undergo testing by December 10.

He developed symptoms on Tuesday and his sample collected on the same day in a designated quarantine hotel tested positive for the L452R mutant strain with a low viral load.

As a prudent measure, the places where the patients resided and visited in Hong Kong during the incubation periods have been included in a compulsory testing notice.

As for the five other imported cases, they included a 37-year-old man who arrived in Hong Kong from the United States of America via flight CX881 on Tuesday. He tested positive for the N501Y mutant strain at Hong Kong International Airport and remained asymptomatic.

A 49-year-old woman traveled from the United Kingdom via flight VS206 on Tuesday. She developed symptoms on the same day and tested positive for the L452R mutant strain.

A 57-year-old woman arrived in Hong Kong from Thailand via flight EK384 on Tuesday. She also developed symptoms on the same day and was tested positive for the L452R mutant strain.

Another 30-year-old man arrived in Hong Kong from Pakistan by flight TK083 via Turkey on Tuesday. He tested positive for the L452R mutant strain upon arrival and remained asymptomatic.

The last case was a 36 -year-old foreign domestic helper who arrived in Hong Kong from the Philippines via flight 5J272 on November 19. She tested positive for the L452R mutant strain at Penny's Bay Quarantine Centre and remained asymptomatic.

In addition, as a passenger flight operated by Air India arriving in Hong Kong from Delhi, India, on December 5 had one passenger confirmed by arrival testing, and one who failed to comply with the requirements specified under the Prevention and Control of Disease Regulation, flights from Delhi operated by Air India will be prohibited from landing in Hong Kong for 14 days from December 9.
#COVID-19  #Covid
Add Comment