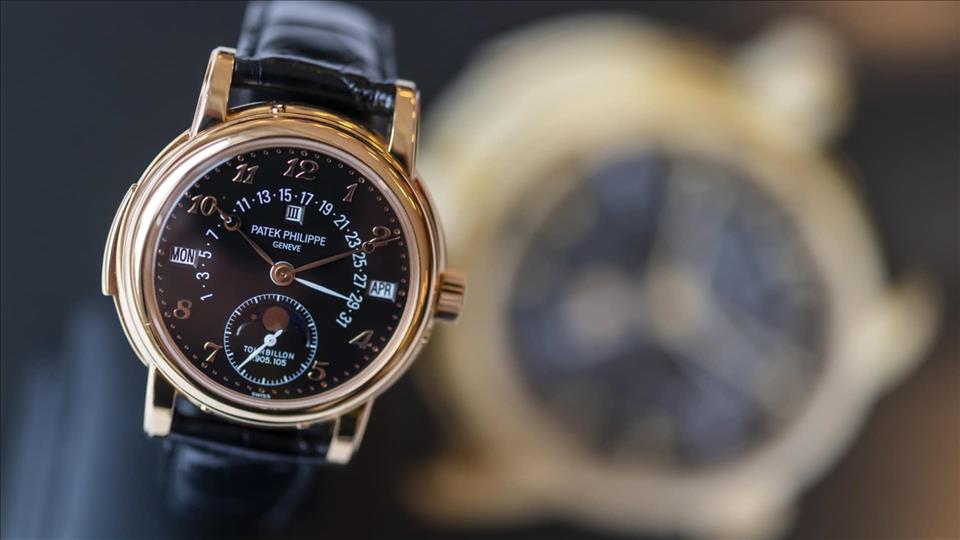 The wealthy are spending their extra cash on Rolexes as rare downturn grips property sector.

China's once enthusiastic property investors are turning their attention to luxury watches as a better store of value in the face of slowing economic growth and President Xi Jinping's intensifying campaign against housing speculation.

Multiple high-end watch resellers told the Financial Times that business had taken off in recent months as wealthy individuals stopped buying additional homes and instead spent their extra cash on luxury timepieces such as Rolex and Patek Philippe.

The shopping spree, said experts, has contributed to a 40 per cent surge in China's imports of Swiss watches in the first 10 months of this year even as the broader economy cooled off.

Camille Gaujacq, an analyst at Daxue Consulting, a Shanghai-based market research firm, said a downturn in the real estate industry, once the“go-to investment” for China's wealthy class, had prompted many to look for alternatives.

“Luxury watches can be the answer,” said Gaujacq.

Property has been a one-way bet in most Chinese cities since the country's urban housing market was liberalised in the late 1990s. But Xi's determination to deliver“common prosperity”, as well as the collapse of China Evergrande Group and other highly leveraged property developers, has led to a rare downturn in real estate prices over recent months.

Analysts and property buyers increasingly expect the downturn to continue. The Chinese Communist party's politburo recently reiterated Xi's assertion that“houses are for living in, not speculation” even as it takes measures to support the broader economy.

On Monday China's central bank announced a five basis-point reduction in its one-year“loan prime rate” to 3.8 per cent but left the five-year rate, used to price mortgages, unchanged at 4.65 per cent.

While consumer demand has taken a hit from the economic downturn, high-end timepieces have gained popularity among the wealthy. An October survey of 1,500 Chinese adults with more than Rmb500,000 ($78,370) in annual household income by CSG Intage, a Hong Kong-based consultancy, found that 88 per cent of respondents planned to keep or increase spending on luxury watches, which cost Rmb76,700 on average, in the following 12 months.

“The top end of the watch market is very strong,” said Simon Tye, author of the study.“If you go to a Rolex shop right now, it won't have enough [watches] to sell to the customers.”

For many rich buyers, luxury timepieces are not only a marker of social status but also a hedge against inflation.

In the eastern province of Jiangsu, Sam Yu, owner of an electric heater manufacturer and two apartments, thought his purchase of a Rmb700,000 Patek Philippe watch in August was a“wise” investment.

“After two years I can sell the watch for a small profit,” said Yu, who made his most recent home purchase five years ago,“I won't be able to do this with an apartment. Given policy uncertainties, it may take many months to find a buyer unless I offer a deep discount.”

Why Switzerland needs workers from abroad

Switzerland is an attractive place to work and the country needs specialists. But work permits can be hard to come by.

According to Watcheco, China's leading online platform for second-hand timepieces, many high-end brands have increased steeply in value over recent years. Popular models such as Rolex Submariners can now command as much as five times their original price.

“There is a lot of demand for and a lack of supply of certain high-end models,” said David Wang, a Shanghai-based luxury watch reseller.“Prices are unlikely to soften in the foreseeable future.”

A third driver of the luxury watch boom is their portability, which provides an easy way for wealthy citizens to transfer assets abroad if needed. Wang said some of his customers spent tens of thousands of dollars on a timepiece so that they could evade strict capital controls that impose an annual limit of $50,000 for individuals' overseas remittances.

“Customs officials either won't notice your watch or may not know how much it is worth,” said Wang.“That creates a safe and efficient way to take your money abroad.”