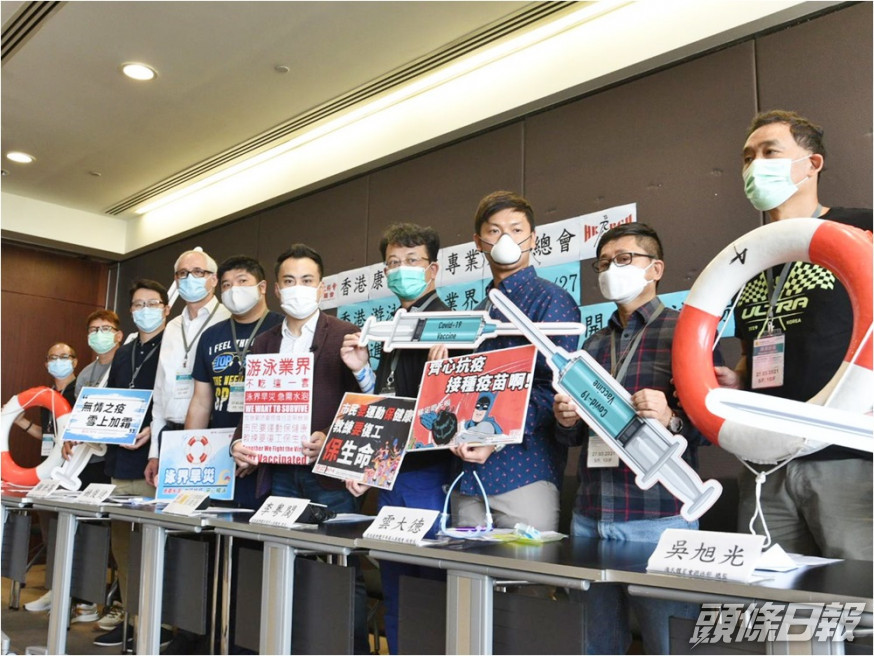 Swimming coaches have called on the government to partially reopen public pools and beaches, saying they can comply with conditions like undergoing virus tests every 14 days.
Hong Kong Recreation and Sports Professionals General Union and an affiliated concern group of the swimming industry said many swimming coaches lost their income sources as public pools have been closed for almost 300 days since the pandemic.

Former Olympic swimmer Sherry Tsai Hiu-wai said the prolonged closure of swimming pools also affected the trainings of swimmers, as the sports could not be practised on land or at home.

“We are always hopeful whenever other sports facilities reopen, but it always let us down. Apart from physical impact, [the closure] also affected athletes’ well-being as some of them have lost their goals, or fear that they cannot keep up with their previous performance,” said Tsai.

The group proposed that the government limit the number of visitors to swimming pools and divide the opening hours into multiple sessions.

They also said swimming coaches could also wear a mask when they are not swimming, while the government can allow only those who have received two doses of vaccines and had tested negative for the virus to enter swimming pools.
#Vaccines
Add Comment