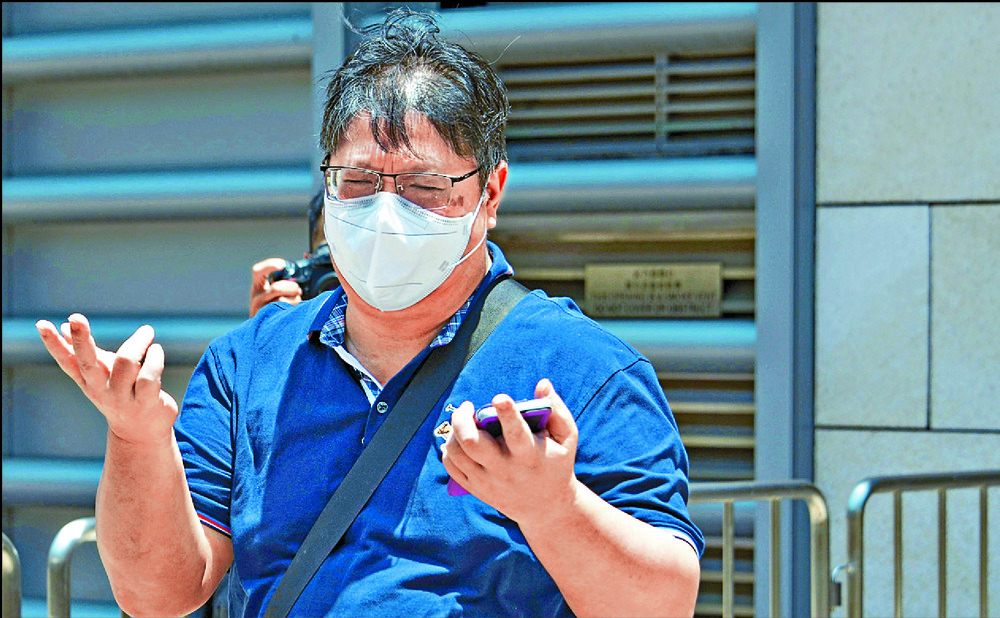 A 57-year-old product manager was yesterday handed a two-month jail term suspended for two years for calling on people to cast invalid votes during last year's Legislative Council election.
Victor Chou Wing-tat, who works in the textiles industry, earlier pleaded guilty to two counts of engaging in illegal conduct by inciting others not to vote or to cast invalid votes.

West Kowloon magistrate Andy Cheng Lim-chi said election offenses are serious in nature and a jail sentence must be considered.

However, Cheng added, Chou can be given another chance as he has no prior criminal record and has shown remorse for his offenses.

The court earlier heard that Chou took to Facebook on November 2 and December 19 - during the election's nomination period - to say "no excuse is needed to abstain from voting."

Chou went on to say: "We can then tell the world Hongkongers are against such an election if there are more invalid votes than valid ones."

Following an official tally that invalid votes added up to 27,495, Chou said: "Salutations to 27,495 heroes as they dared to say no to the useless authorities."

In mitigation, the defense argued Chou should not be sentenced to community service as his work requires him to frequent the mainland and it would be difficult to report to a probation officer every month.

Chou is worried he will lose his job if he is imprisoned, the defense said, appealing to the court for a suspended sentence.
#Facebook
Add Comment