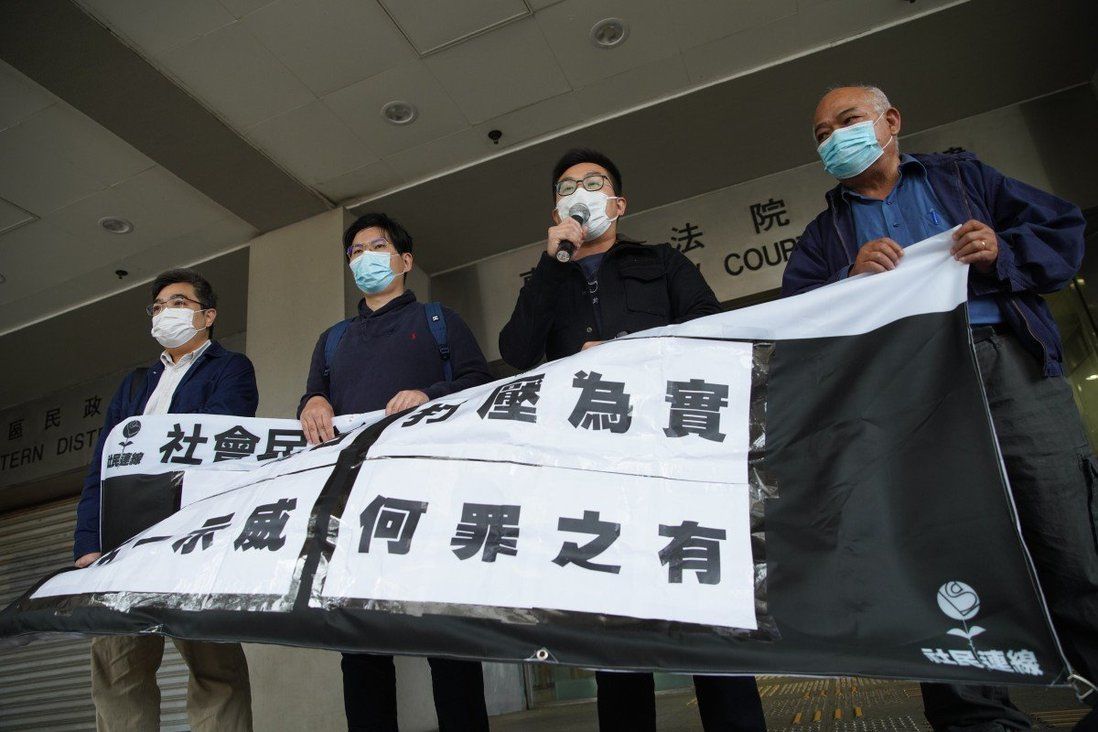 Magistrate Cheang Kei-hong says the right to stage protests is not absolute and the government is entitled to restrict individual freedom on public health grounds.

Eight opposition activists were given suspended jail sentences on Wednesday after a court convicted them of breaching a government ban on public gatherings during a Labour Day protest in Hong Kong last year.

In upholding the legality of the prosecution, Cheang said the right to stage protests was not absolute and the government was entitled to restrict individual freedom on public health grounds, especially given the unprecedented nature of the pandemic.

He went on to jail the eight for two weeks, but suspended the terms for 18 months, adding they had wilfully disobeyed the law and misled the general public into believing what they did could be tolerated. 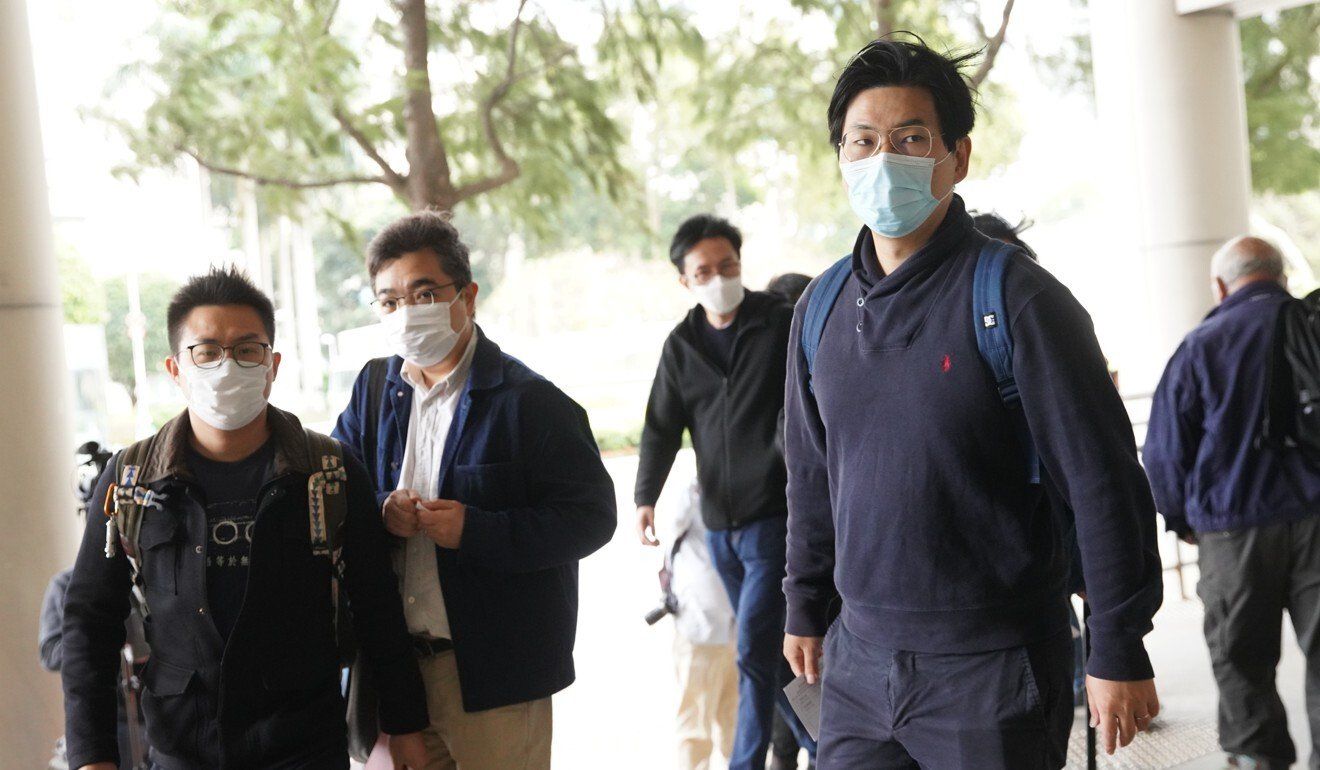 The ruling marked the first protest-related conviction under the Prevention and Control of Disease (Prohibition on Group Gathering) Regulation, which took effect on March 29 last year outlawing the gathering of more than four people in public.

Following the ruling, one of the accused expressed concerns the law had become a tool for the government to suppress dissent, while another called the ruling “a judgment on peaceful protests”.

They were each issued a HK$5,000 (US$643) fixed penalty ticket by police for breaching the social-distancing rule on May 1 last year, after they carried banners and chanted slogans calling for the creation of an unemployment assistance scheme to offer monthly subsidies to the jobless amid the pandemic.

Mak was further accused of failing to produce proof of identity upon officers’ request, a charge he admitted before the trial. He was fined HK$2,000.

But their cases ended up in court after they refused to pay the fine.

The group argued they had kept social distance throughout the protest, adding the government order constituted a disproportionate interference in human rights. 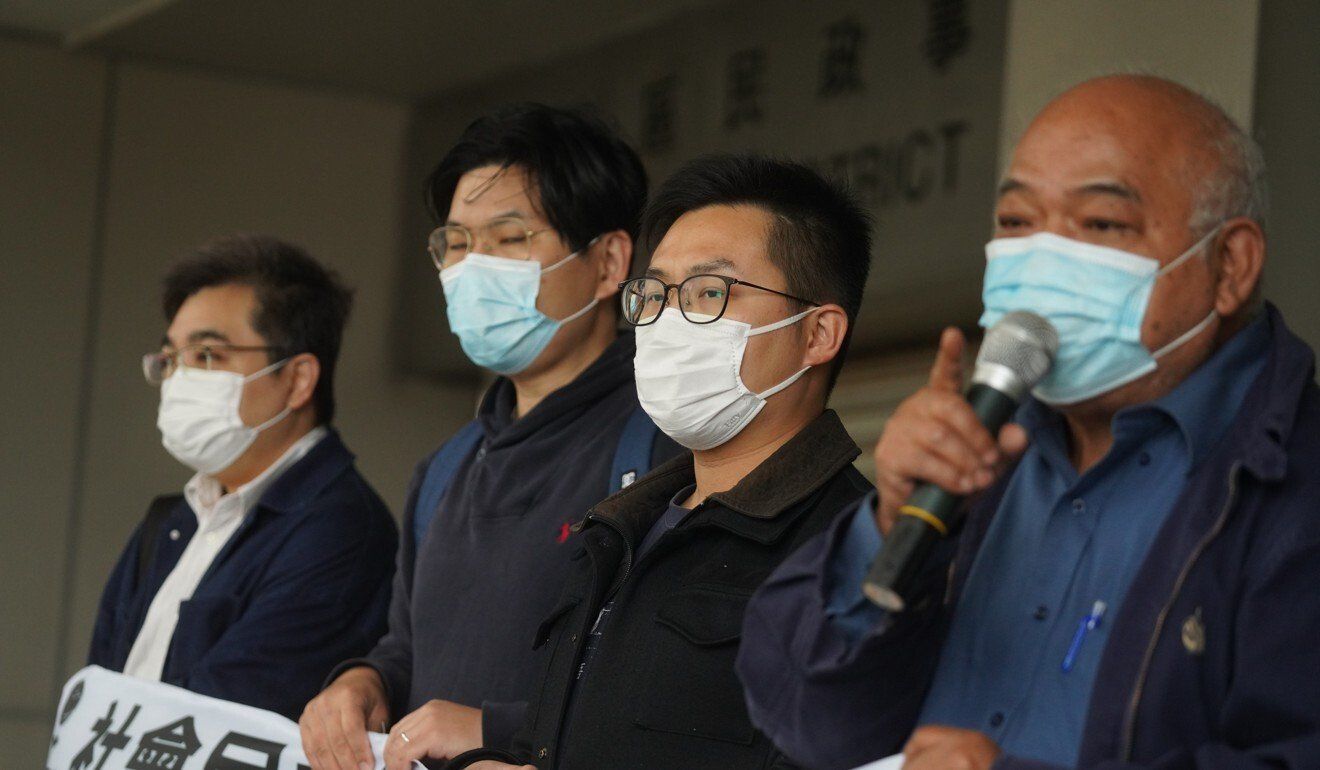 Cheang also held that the government, assisted by medical experts, was in a better position to devise plans to contain the spread of the deadly disease, and it should be given wide discretion free from the court’s interference unless the policies were “clearly beyond the spectrum of reasonable options”.

He supported this by citing a recent ruling by the British Court of Appeal, which dismissed a judicial challenge by a businessman three months ago against the coronavirus lockdown rules in Britain on the grounds of infringement of personal liberty.

“The Covid-19 pandemic in the past year was a once-in-a-100-year event which has caused unprecedented damage to the economy and society. The [government] did not lack reasonable grounds in enacting the regulation, nor did they introduce restrictions in excess of what was reasonably necessary,” the magistrate said.

“The accused paid no heed to police warnings and insisted to have their own ways. This showed each of them committed the offence intentionally.”

In mitigation, one of the defendants, Lee, said he was “disheartened” by the ruling, adding: “The law has become a tool to suppress peaceful protests.”

His co-defendant Wong told Cheang: “Today’s judgment is not just a ruling on us eight, but also your worship’s judgment on peaceful protests.”

Another defendant, Ng, said after the hearing that he was prepared to lodge an appeal against his conviction in the High Court.