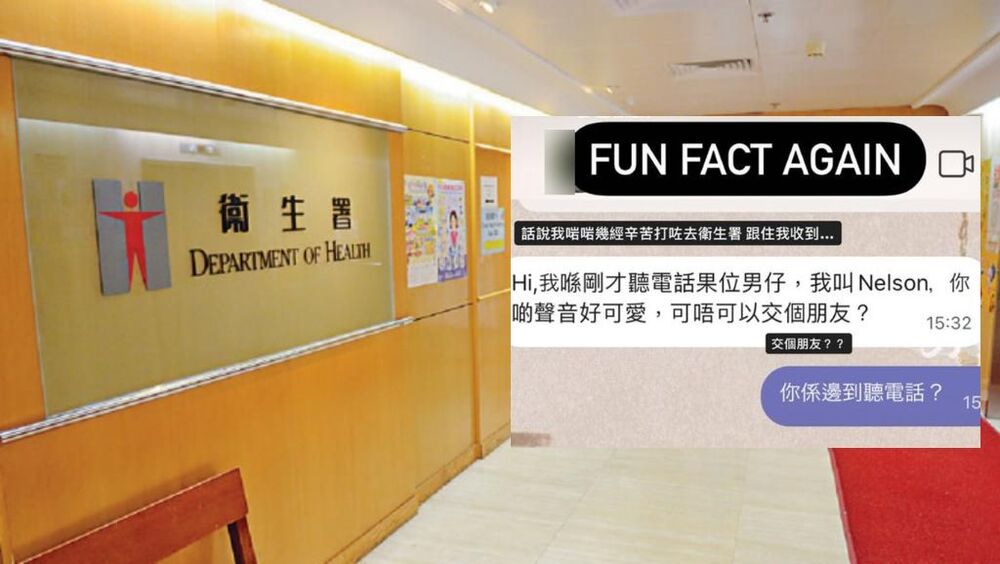 A man who claimed to be a staffer of the Department of Health messaged a citizen privately, saying she had a lovely voice and asking to "make friends" with her.
The Facebook page Civil Secrets yesterday published a screenshot of a conversation from a netizen, showing that the netizen received a message from a stranger who called himself Nelson.

Nelson claimed to be "the man who answered the phone just now" and said the netizen had a "lovely voice." He then asked if the netizen would like to "make friends" with him.

The netizen then asked Nelson, "where did you answer my call"? Nelson responded that he was a staff member of the Department of Health and had been seconded from the Inland Revenue Department in the past two months.

The netizen typed on the screenshot that it was quite difficult for her to call the Department of Health and thought the person who answered the phone was an uncle. She was shocked when asked to make friends but did not reveal further conversations between the two.

The screenshot soon went viral online, with some questioning the staff for infringing on personal privacy and being suspected of misconduct. "It was misusing of citizen's personal information and harassment," a netizen said. "Complain to the Civil Service Bureau," another suggested.

However, others questioned the authenticity of the incident and speculated that it was trying to discredit the person concerned, hoping that the netizen would provide more proof.
#Facebook
Add Comment