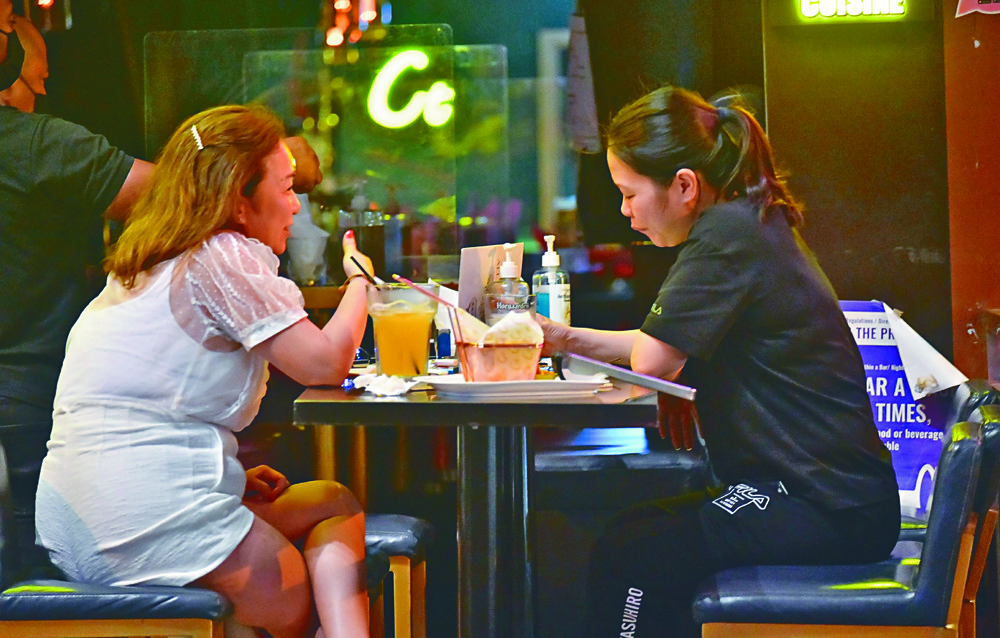 Hong Kong yesterday recorded 515 new Covid infections - the highest since late April, as four clusters in Central bars continued to grow with 45 more cases.
The Centre for Health Protection's head of communicable disease, Chuang Shuk-kwan, said 136 of the cases were confirmed through PCR tests and 379 through rapid tests.

The daily caseload has been increasing over the past few days with rapid test results outnumbering PCR results.

"The University of Hong Kong's estimation of [the virus reproductive number] on May 28 is 1.353. It's a bit higher than one, so we did observe a slightly increasing number of cases in the past few days," she said.

"But we also monitor hospital admissions and also the proportion of severe [cases] and deaths, et cetera, and we have not observed any changes yet."

PCR confirmation tests were conducted on those who tested positive in rapid tests Thursday and 44 cases, or 14 percent, tested negative.

The cluster was first detected on May 20 while staff started falling sick between Thursday and Saturday, with Chuang saying the four employees could have contracted the infections at the bar.

Health officials have collected 21 environmental samples at the bar, with one collected from a restroom door handle returning indeterminate. Chuang said the bar has been asked to conduct thorough disinfection.

The cluster at Linq bar also recorded 13 more infections, taking its count to 78 patients in total.

The other two bars - Zentral and Iron Fairies & J Boroski - reported two and three new infections, taking their tallies to 37 and 56, respectively. Chuang believes the outbreak at Zentral is coming to an end.

The bar clusters mainly involved young patients, who only developed mild symptoms including sore throats and running noses, she said.

So far, the cluster has seen nine students and a teacher test positive.

Two of her family members had earlier tested positive and are also believed to be carrying the subvariant.

Chuang warned there could be silent transmission chains in Kowloon City.

Former health secretary Ko Wing-man said the recent rebound in infections was caused by the relaxation of social distancing measures.

"Hong Kong did not try to achieve zero infection at the peak of the fifth wave and there were at least dozens of transmission chains in the community. The pandemic situation will definitely rebound after relaxing the social distancing measures," Ko said.

The Food and Health Bureau has also called on people not to lower their guards although various Covid monitoring indicators show the SAR's outbreaks remain stable.
#Covid
Add Comment