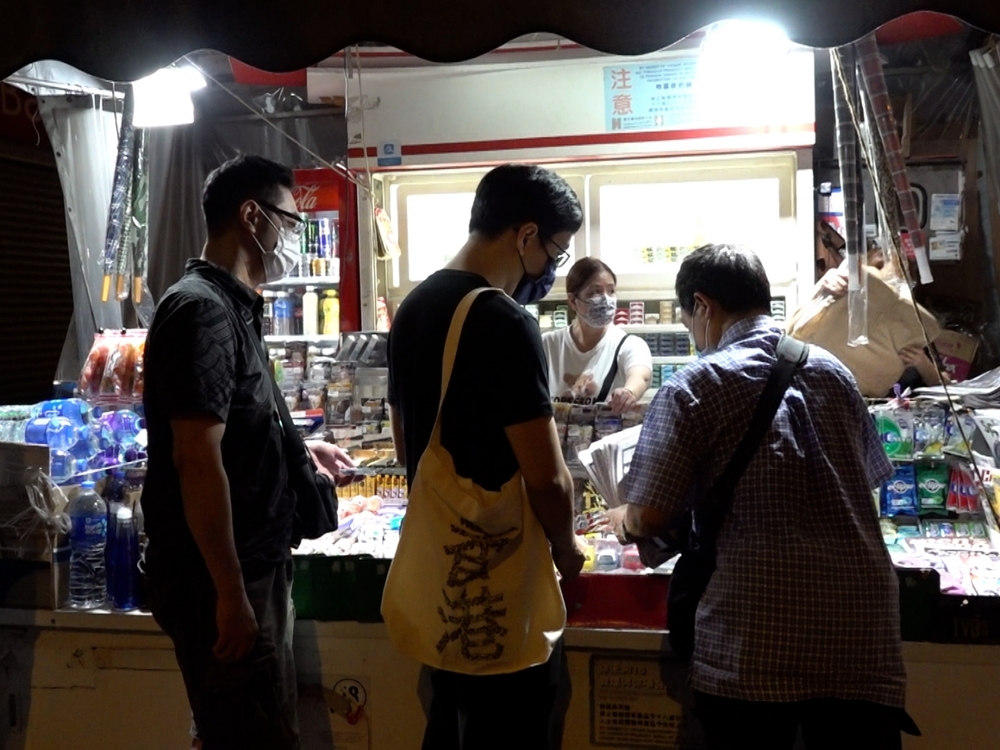 Hong Kong's democracy supporters rushed to buy copies of tabloid Apple Daily on Friday, citing anger over a police raid of the organization's newsroom as part of an inquiry into whether some articles threatened China's national security, Reuters reports.
The popular 26-year-old paper, which combines pro-democracy discourse with celebrity gossip and investigations of those in power, increased its Friday press run to 500,000 copies, up from 80,000 the previous day.

During the morning commute, some newsstands in central Hong Kong placed announcements that Apple Daily had sold out.

One stand showed a picture of the paper's logo with the words "Support press freedom" beneath it.

One reader, Tsang, who only gave his last name because of the sensitivity of the matter, bought his copy at midnight, as soon as it was delivered from the printing press.

"You never know when this newspaper will die," Tsang said. "As Hong Kongers, we need to preserve the history. Hang in there as long as we can. Although the road is rough, we still need to walk it, as there's no other road."

Tam, a 40-year-old banker, said Friday morning he had bought his first newspaper in 20 years after hearing about the raid.

"I don't mean to do anything with the newspaper in my hand. It's just for my conscience," he said.

Police arrested five executives, including Apple Daily's chief editor, at dawn on Thursday and froze HK$18 million of assets owned by three companies linked to the paper before cordoning off the building.

It was the second time police had raided the newsroom after the arrest last year of media tycoon Jimmy Lai Chee-ying, a pro-democracy activist and staunch Beijing critic, who owns Next Digital , which publishes Apple Daily.

The newspaper printed a similar number after Lai's arrest in August 2020. The front page of Apple Daily reported the raid, which involved 500 officers, saying police had seized 44 hard disk drives as evidence.

On Thursday night in the Apple Daily newsroom, Ng, a graphics journalist who only gave his last name, said the raid was "really a pathetic moment for Hong Kong." "If we can't survive, there's no more press freedom," Ng said as he worked.
Add Comment