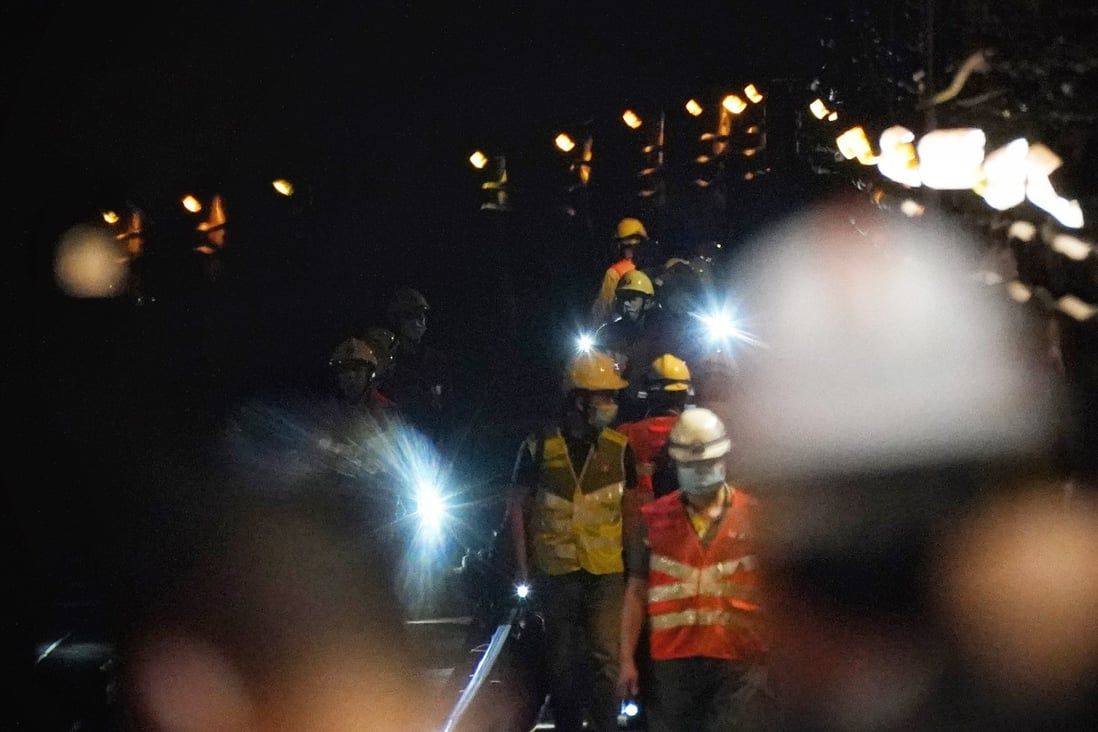 Technical team for European coupler supplier has arrived in Hong Kong to investigate cause of incident, MTR Corporation says.

Hong Kong’s rail operator has pledged to work with its European coupler supplier to get to the bottom of what caused the mechanical failure which forced 1,500 passengers to evacuate through a tunnel earlier this week.

Tony Lee Kar-yun, operations director for the MTR Corporation, on Thursday apologised again for the fault, which he said was caused by the loosening of a buffer connecting two carriages that automatically triggered the emergency brake.

“Based on our preliminary investigation, we’ve identified that at the time of the incident, the fail-safe protection system was triggered and stopped the train,” he said. 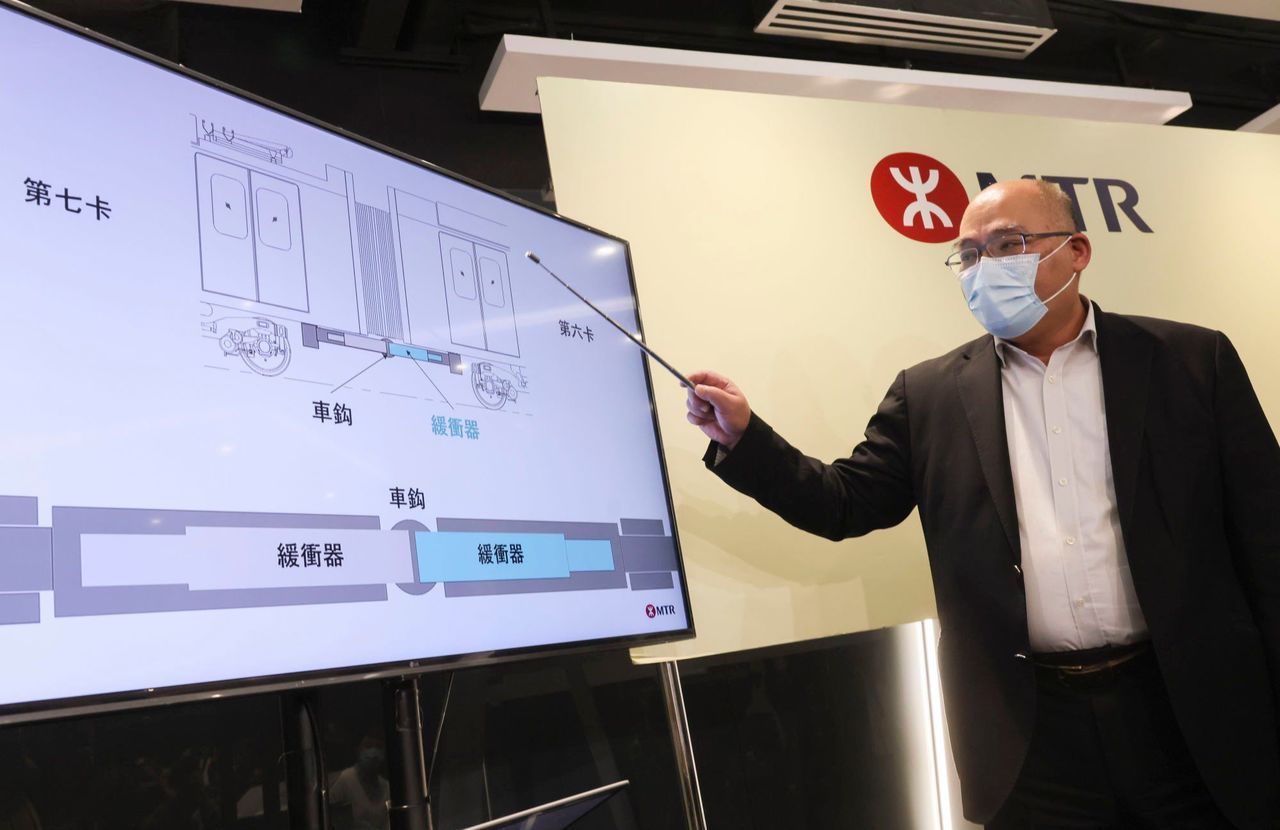 Tony Lee, operations director for the MTR Corp, provides a detailed explanation of Monday’s incident.
Lee’s apology came after the rail giant submitted an interim report on Monday’s incident to the government, covering the initial cause of the failure and its follow-up action. It is expected to deliver the results of a full investigation in two months’ time.

“The technical team of the coupler’s European supplier has arrived in Hong Kong and we will work together to investigate the root cause, covering several aspects such as the train’s operation, the materials of the device, its maintenance process and environmental factors,” he said.

Lee assured commuters the rail firm had checked similar coupler installations across the network and the supplier had confirmed that they were safe and sound in other trains.

The malfunction on Monday forced the evacuation of commuters through a tunnel for the second time in less than a month, triggering fresh calls by unions and lawmakers for the MTR Corp to bolster its maintenance and hire more frontline workers or face stiffer penalties for breakdowns in the future.

The train departing Lohas Park station came to a stop as it approached Tseung Kwan O station at around 8.30am and forced a service suspension on part of the line until the vehicle was removed from the tracks about four hours later.

Two passengers felt unwell during the incident, and hundreds of others scrambled for alternative transport to finish their journey to work or school during the morning rush hour. Many complained about unclear instructions and long waits for buses.

It was the second rail incident in four weeks following last month’s episode where a train hit a dislodged metal fence next to the track while pulling into Yau Ma Tei station, ripping off doors and derailing a carriage.

Service was disrupted on part of the Tsuen Wan line for the rest of the day while passengers were put in danger when they left the carriages via an emergency exit and walked along the tracks in a dark tunnel before traffic was halted.

The MTR Corp had earlier pledged to carry out a comprehensive review of its asset management and maintenance regime, with lawmakers again questioning whether the company was suffering from a systemic problem.

Lee stressed that the rail staff had followed the supplier’s maintenance instructions but admitted the transport operator was facing a shortage of maintenance workers.

“The manpower shortage has presented a great challenge to us. We’ve never stopped hiring people,” he said. “We’ve made arrangements to allocate more resources and manpower to provide maintenance services including the use of advanced technology.”

Lee said the MTR Corp was capable of taking on new rail projects, pledging to improve its maintenance standards.

“As far as the capability of the corporation to take on the job … we can assure the citizens that we are capable of delivering whatever is demanded of us,” he said.

Lawmaker Michael Tien Puk-sun, former chairman of the Kowloon-Canton Railway Corporation, said he was concerned with how the maintenance of the couplers was carried out, calling on the rail operator to provide a more detailed account to the public.

“Normally the MTR Corp would conduct major checks on its trains every three months. It should reveal to the public how they check the couplers – whether this is just a random check or if the staff checks each one?” he asked.

“It is now a maintenance issue, so the MTR Corp needs to reveal how they carry out the maintenance work.”

A spokesman for the Transport and Logistics Bureau on Thursday said it was examining the report from the MTR Corp and would closely monitor the rail operator’s follow-up work.

“The government is deeply concerned about the recent railway incidents. Besides the investigation into the incidents, the [MTR Corp] should commence an in-depth and thorough review of its asset management and maintenance regime as soon as possible, in order to assess the potential risks in different areas of the railway system in a comprehensive manner and prevent the occurrence of incidents,” he added.
Add Comment