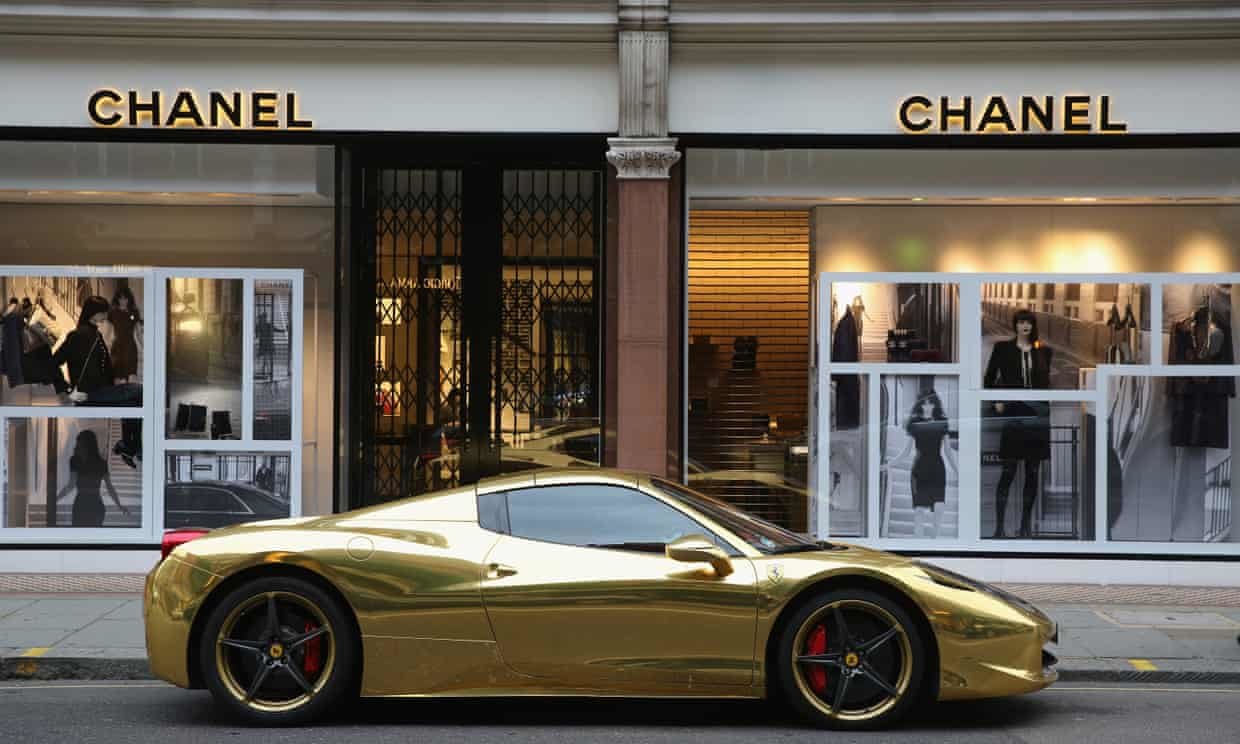 Wealthy see potential taxes imposed by Jeremy Corbyn as bigger threat than Brexit
The super-rich are preparing to immediately leave the UK if Jeremy Corbyn becomes prime minister, fearing they will lose billions of pounds if the Labour leader does “go after” the wealthy elite with new taxes, possible capital controls and a clampdown on private schools.

Lawyers and accountants for the UK’s richest families said they had been deluged with calls from millionaire and billionaire clients asking for help and advice on moving countries, shifting their fortunes offshore and making early gifts to their children to avoid the Labour leader’s threat to tax all inheritances above £125,000.

The advisers said a Corbyn-led government was viewed as a far greater threat to the wealth and quality of life of the richest 1% than a hard Brexit.

Geoffrey Todd, a partner at the law firm Boodle Hatfield, said many of his clients had already put plans in place to transfer their wealth out of the country within minutes if Corbyn is elected.

“Lots of high-net worth individuals are worried about having to pay much higher taxes on their wealth and have already prepared for the possibility of a Corbyn government,” he said. “Transfers of wealth are already arranged – in many cases, all that is missing is a signature on the contract.

“There will be plenty of people on the phone to their lawyers in the early hours of 13 December if Labour wins. Movements of capital to new owners and different locations are already prepared, and they are just awaiting final approval.”

Dominic Samuelson, the chief executive of Campden Wealth, which advises more than 3,500 rich families, said: “From the ultra-high net worth perspective, a Labour government under Corbyn is a much greater threat to them and their businesses and their wealth than Brexit.”

On Thursday, Corbyn singled out five members of “the elite” that a Labour government would go after in order to rebalance the country.

He claimed Mike Ashley, the billionaire owner of Sports Direct and Newcastle United, was a “bad boss” who exploited his workers through zero-hours contracts. Ashley hit back, telling the Financial Times: “Corbyn’s not only a liar but clueless.”

The Labour leader also named the “greedy banker” Crispin Odey, the hedge fund manager who made £220m betting against the pound in the run-up to the EU referendum. Odey responded by telling the Daily Telegraph: “Luckily they [Labour] can’t even run a campaign, let alone the country.”

The others singled out by Corbyn were: Jim Ratcliffe, the chemicals billionaire who has left the UK for tax-free Monaco; the Sun and Sunday Times owner, Rupert Murdoch; and the Duke of Westminster, who has a large central London property empire.

The shadow Treasury minister Clive Lewis went further than the Labour leader, telling the BBC’s Newsnight programme: “Billionaires shouldn’t exist. It’s a travesty that there are people on this planet living on less than a dollar a day.

“There are people, when I walk into parliament, who are sleeping rough on the streets of this country – the sixth-wealthiest in this world.” He also described private schools as “engines of inequality”.

Josie Hills, a senior tax manager at Pinsent Masons, said not being able to educate their children at Eton, Harrow or Winchester was a key worry for many of the law firm’s rich clients, who were considering moving to Switzerland and other low-tax countries with well-regarded private schools.

“I would say 80% of our clients have thought about the implications of a Corbyn government,” she said. “They tend to say they sincerely hope it won’t happen but they want to be ready if it does. If that means uprooting themselves and their families then so be it.”

John Caudwell, the billionaire founder of Phones4u, has already vowed to leave the country if Corbyn becomes prime minister. Caudwell, who has an estimated £1.6bn fortune, said a Corbyn-led government would be “a complete fiasco” and he would “just go and live in the south of France or Monaco”.

Labour would also significantly increase capital gains tax and might replace inheritance tax with a “lifetime gifts” levy, with a tax-free allowance of £125,000 – less than half the current £325,000. There are also plans to increase the corporation tax rate to 26%, up from the current rate of 19%.

Corbyn’s plans for workers’ rights, with ideas floated including a four-day working week and giving employees 10% of the shares of big firms, are also of concern to the wealthy.

Peter Hargreaves, who has an estimated fortune of £3bn and co-founded the stockbroker Hargreaves Lansdown, warned Corbyn’s plans would be an “own goal and leave the country much worse off”.

He added: “It has been proven time and time again: there is only so much you can tax a nation before the tax take starts to go down because people will leave. My family will not be leaving, I love this country and I have always been enormously patriotic.

“But certainly the very, very wealthy people will consider leaving if you make it intolerable. People are petrified of him [Corbyn], and what he might do.”

Hargreaves said the stockbroker employed about 1,700 people and had “created a vast amount of wealth for this country”.

He added: “If you create a tax regime that is not going to welcome and support people like me who create wealth then you are going to rapidly reduce the health of your economy.”

Hargreaves said he paid about £40m in tax last year, and “if 50 of us [the biggest taxpayers] got on a plane and left, that would put a big hole in the chancellor’s budget”.
Add Comment