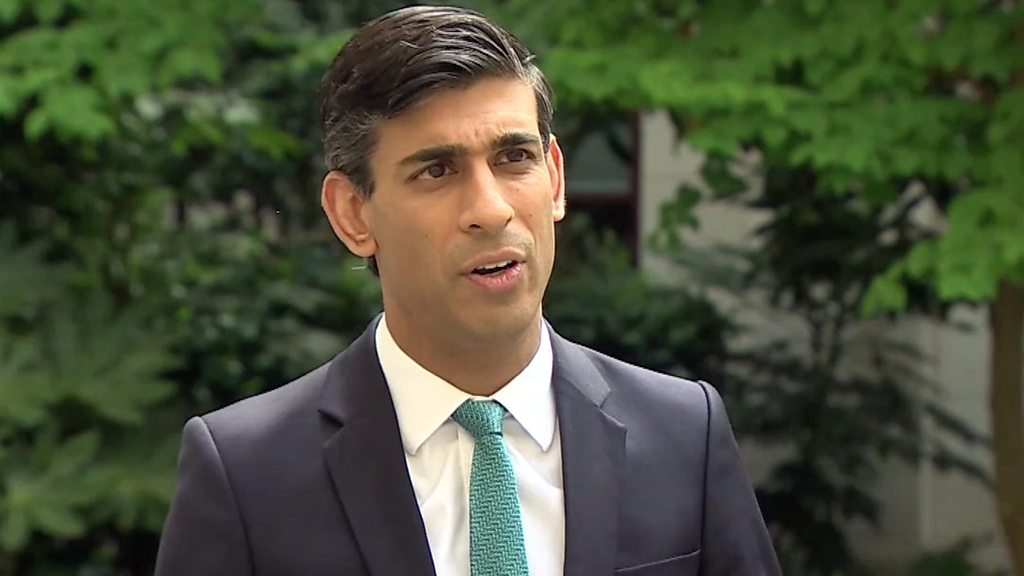 Small firms are to get access to 100% taxpayer-backed loans after they raised concerns about slow access to existing coronavirus rescue schemes.

Chancellor Rishi Sunak told the House of Commons the scheme would start next week, offering firms loans up to £50,000 within days of applying.

It aims to unlock a backlog of credit checks by banks amid fears many small firms could fold before getting loans.

The scheme requires filling in a two-page self-certification form online.

The loan terms mean that no capital or interest repayments will be due for one year. Instead, the government will pay the interest for the first 12 months.

Banks have come under fire for delays in handing out loans, but have blamed the heavy workload, need to complete the necessary credit checks, and a shortage of staff.

Underwriting the loans removes the risk that banks will not get their money back, which Mr Sunak hopes will speed up the application process. The new "microloan scheme" would provide a "simple, quick, easy" solution, he told the Commons.

In a statement issued on behalf of the major lenders to small firms, including Barclays and Lloyds, trade body UK Finance said the "welcome changes should enable banks to provide finance to businesses more quickly".

In another significant change, firms applying for the new loans will now only have to prove that they were viable in the past before the crisis, not that they will viable after the crisis. Companies have complained they struggled to prove their future potential with some much uncertainty over the economic environment.

The chancellor had come under pressure to underwrite all loans, not just those up to £50,000. But he said he was not prepared to do this as he needed to balance the risk to the taxpayer with the needs of small businesses.

He said: "I've heard some calls for the government to underwrite all our loan schemes with 100% guarantees. I remain unconvinced by the case for doing that universally.

"We should not ask the ordinary taxpayers of today and tomorrow to bear the entire risk of lending almost unlimited sums to businesses who may, in some cases, have very little prospect of paying those loans back and not necessarily because of the impact of the coronavirus."

Earlier this month the Governor of the Bank of England, Andrew Bailey, said that slow bank emergency lending "had to be sorted out" and that taking on all the risk from banks could "unblock" the schemes for small business especially.


Unlike the existing loan scheme, banks will not retain any of the risk for these loans, which could stretch into the billions or tens of billions depending on how long the crisis lasts.

"Sole traders, micro-firms and entrepreneurs will now have a simple route to fast finance to stay afloat, without red tape or time-consuming checks," she said. "Thousands of businesses could be saved by this lifeline. Banks now need to continue their work in overdrive to get the loans flowing faster."

And the chairman of the Federation of Small Businesses, Mike Cherry, said it would "give hope to thousands" of firms.

"To date, the existing interruption loan scheme has not been working for the small firms that make-up 99% of our business community.

"The decision by the chancellor to listen to our recommendation for a 100% guarantee on smaller loans, alongside the creation of a new fast-track system for those applying for them, will give hope to thousands."