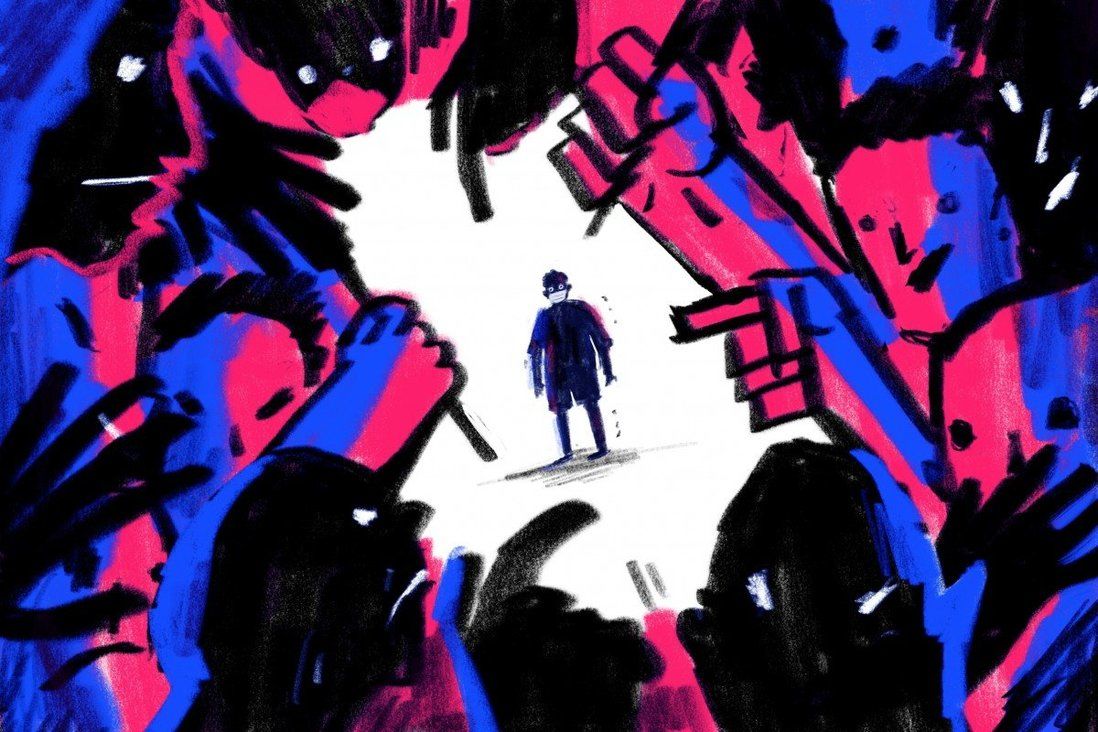 Suffer the children: abuse cases in Hong Kong up sharply during Covid-19 pandemic

More reports of children falling victim to physical, mental and sexual harm, as well as neglect.

When a three-year-old boy showed up with fingernail marks all over his swollen legs last month, his kindergarten teacher noticed immediately.

A medical examination confirmed her suspicion, that the boy was a victim of child abuse.

He has attention deficit hyperactivity disorder (ADHD), and has problems paying attention or sitting still, and lacks self-control.

His mother used to take care of him at home while his father worked as a driver. But the parents switched roles about two months ago, when the father lost his job and had trouble finding work. 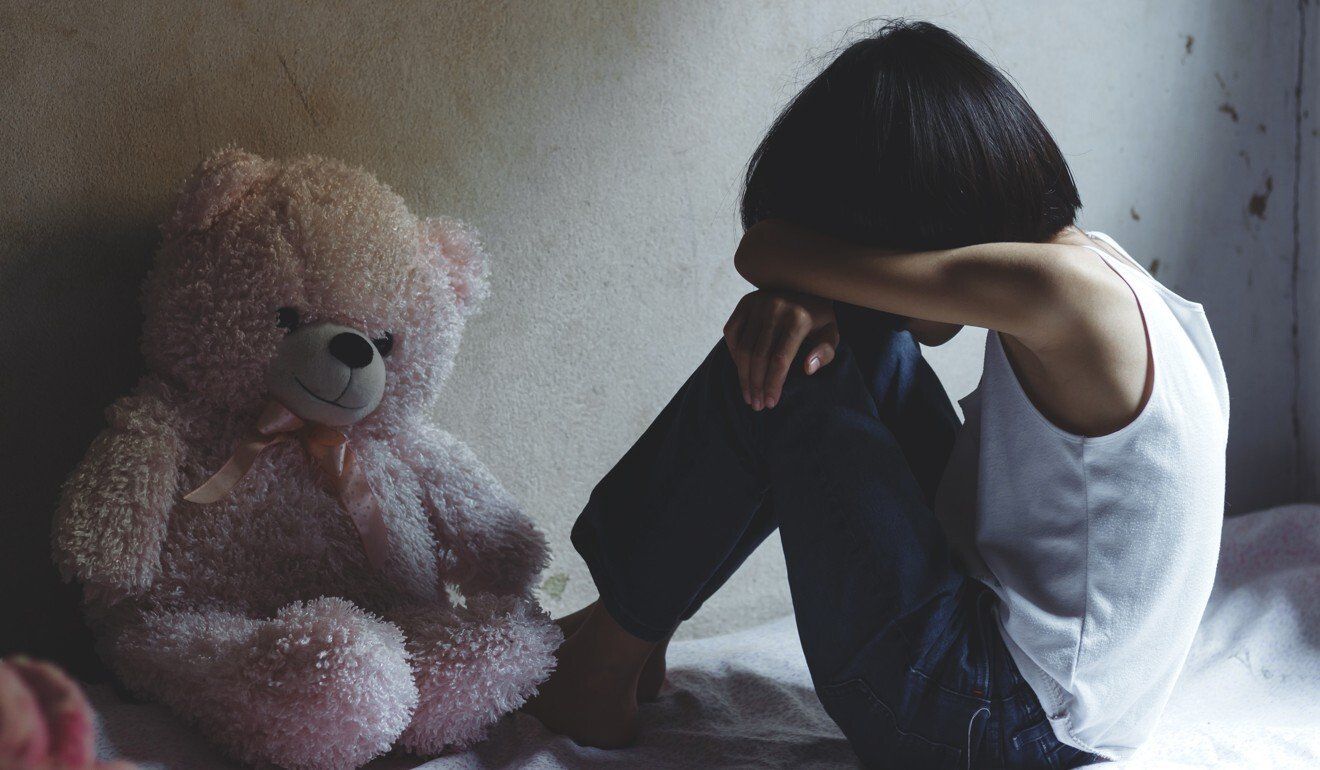 Social workers and child protection groups have seen a rise in child abuse cases in Hong Kong during the pandemic.

So the mother started working part-time in a shop to make ends meet, while the boy stayed home with his father.

The father had never spent so much time with his son, and the child’s hyperactivity sometimes made him snap. He started beating the boy. The mother knew, but did not tell anyone.

“During the pandemic, the job and income losses, the change in family roles, and the special needs of the child – all these led to the abuse,” says Carmen Chan Lai-fong, service director of the Hong Kong Society for the Protection of Children, which is working with the Social Welfare Department on the case.

Police are investigating, while the mother and her son have been moved to a safe place.

Social workers and child protection groups have seen a rise in child abuse cases in Hong Kong during the coronavirus pandemic, with more children falling victim to physical, mental and sexual harm, as well as neglect.

The department’s Child Protection Registry recorded 279 child abuse cases in the first three months of this year, up more than two-thirds from 166 during the same period last year.

Around two in three victims were girls. About three in five abusers were parents, while the rest included schoolmates, friends, peers, strangers and others.

Experts say the decline last year was due to pandemic-related school closures and social-distancing measures, which prevented teachers and social workers from spotting signs of abuse early, and made it hard for victims to seek help themselves.

Police have also warned that many child abuse cases might be hidden during the pandemic. 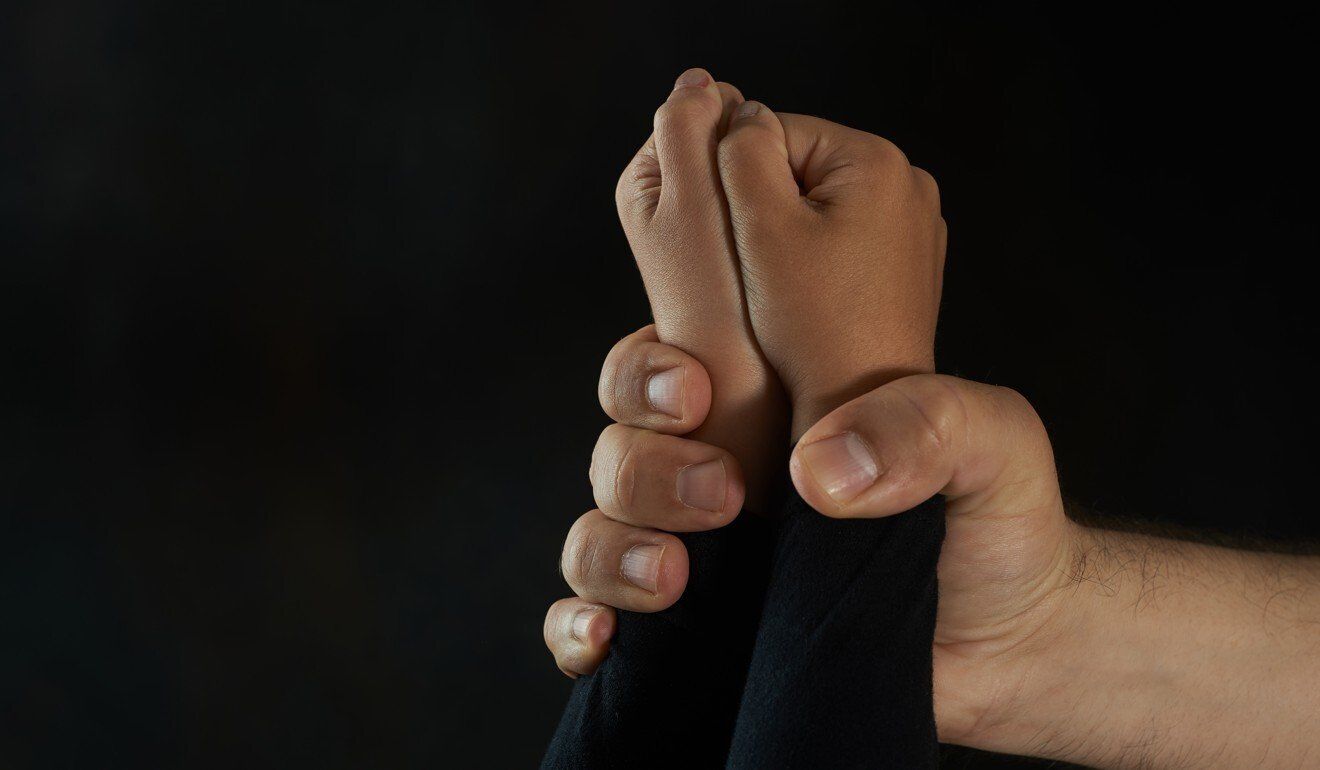 Many abuse cases have gone unnoticed during school closures, according to Carmen Chan, service director of the Hong Kong Society for the Protection of Children .

Take the case of a brother and sister who stopped showing up for their kindergarten online classes last November.

It was about a week before a teacher noticed that both were missing, became concerned and called the Hong Kong Society for the Protection of Children.

Social workers who went to the home found the place dirty and messy, and the children had not eaten a proper meal for days.

Their mother, a single parent in her 20s, has depression but had stopped her regular hospital visits for fear of contracting the coronavirus.

Without her medication, her condition deteriorated, making her unable to take care of the children. The family gets by on the government’s Comprehensive Social Security Assistance monthly allowance.

It was classified as a case of neglect and the children were moved to a residential care home until their mother’s condition improves and she can care for them again.

Chan says many abuse cases went unnoticed during school closures, when teachers were unable to spot signs of abuse on children and call for help.

The society has 12 social workers who visit 24 pre-primary centres, including kindergartens and child care centres two days a week.

But they had to switch to making phone calls and home visits when schools were closed, and the lack of early identification and intervention had an effect.

“Many abuse cases were already very serious when they were exposed,” she says.

As soon as schools reopened earlier this year, the number of reported child abuse cases exploded. Chan says the number of cases involving children aged two to six in the first half of this year has already exceeded the number for the whole of 2020.

She says parents have faced great financial pressure as a result of job and income losses, while children have been deprived of social activities during the pandemic.

For some, the stress has resulted in more conflict and even violence at home. There have also been cases of working parents leaving their children to grandparents during school closures, leading to conflict and abuse.

Lam Kam-fong, team leader of the school social work unit of the Hong Kong Federation of Youth Groups, which works with 30 secondary schools, says the number of suspected abuse cases it received involving students went up during the 2020-21 academic year from the year before.

Most of the cases involved physical and sexual abuse, and the abusers included parents, family members, carers, friends, and strangers, she says. 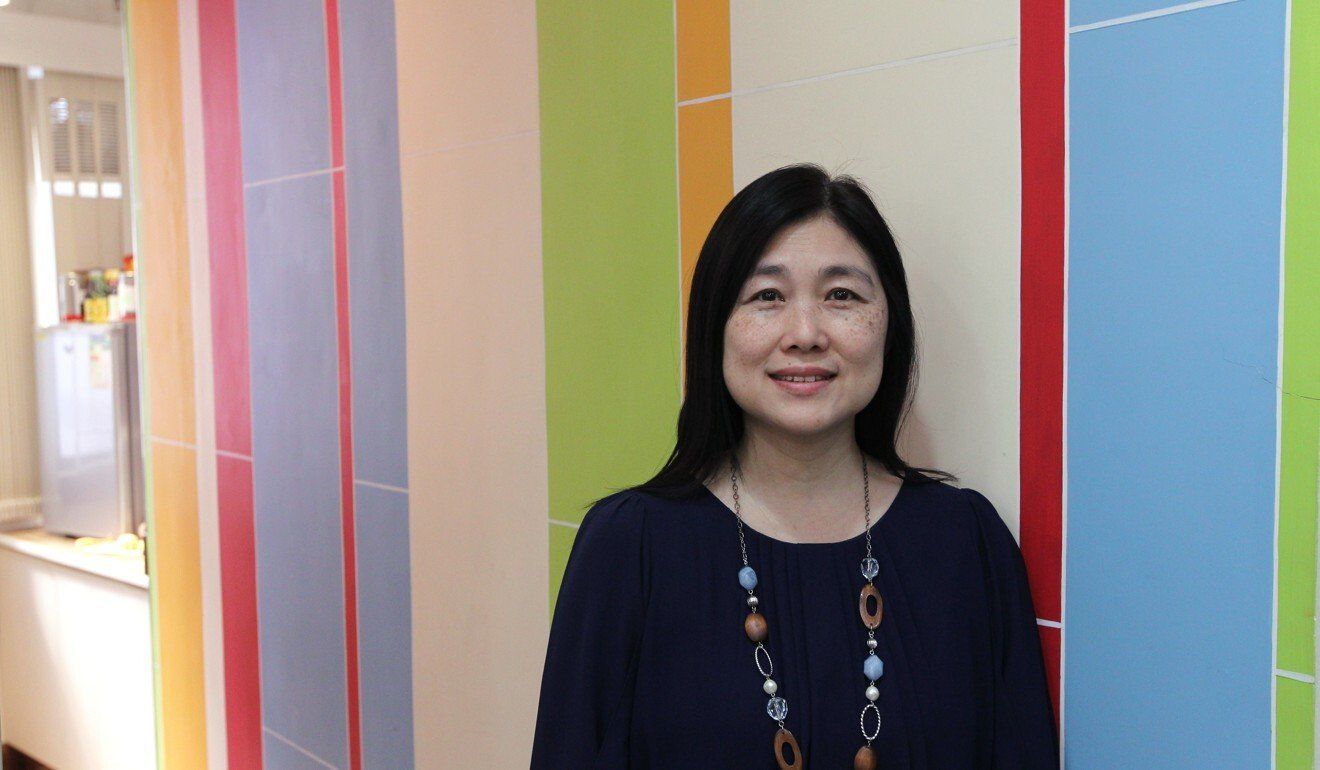 Donna Wong of Against Child Abuse.

There were also more parents calling for help in dealing with their children amid the pandemic, she says.

With adults and children confined at home for a long period, some stressed parents took their negative feelings out on their children.

“Scolding and beating are counterproductive to disciplining children. Even if this starts off mildly, it will become more violent, and increase the risk of child abuse,” she says.

Social workers and experts say the children at higher risk of abuse include those from low-income, single-parent homes, and those whose parents are dealing with marital problems or sudden changes such as job losses or deaths in the family.

The society surveyed 227 parents of children with SEN in March last year and found that nearly all experienced mental stress during the pandemic and more than eight in 10 had suicidal thoughts over the two months before they were interviewed.

Huang says children with SEN have problems paying attention, especially during online classes. Some parents have difficulty supervising their home-based learning and blame the children when their grades slide. More end up scolding and beating their children. 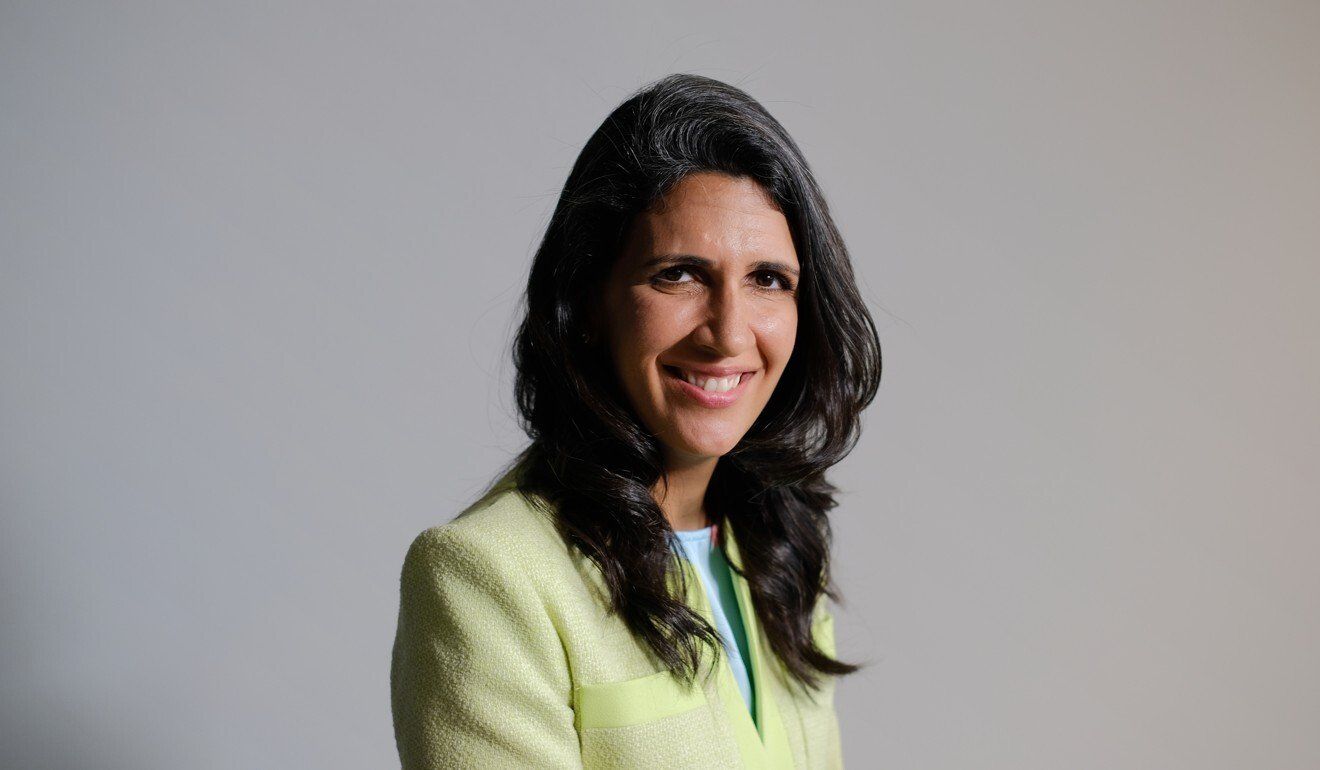 Alia Eyres, chief executive officer of Mother’s Choice, a charity for children without families and pregnant teenagers, says apart from cases of physical abuse, it has seen more child sexual abuse and emotional abuse cases, as well as neglect, during the pandemic.

The perpetrators have tended to be parents, family members, people in the neighbourhood and peers, she says.

Children spending more time online are more exposed to sexually explicit materials and predators seeking sexual images, she says. Police have also warned that juveniles making friends online during the pandemic have been targeted for child pornography and sex crimes.

Eyres says children are also subject to emotional abuse and neglect when their parents are stressed.

She recalls a case earlier this year involving a 19-year-old single mother who gave birth to her second child, and was unable to take care of her older son.

The six-year-old boy was covered in faeces and urine, and all his teeth were rotten and full of cavities, when the charity took him to its residential care home.

“Children are more isolated at home with abusive family members, and disconnected from safe adults who they usually reach out to,” Eyres says. “Child abuse is much bigger than what is reported.”

In April, a Hong Kong couple were convicted and sentenced to life imprisonment for murdering their five-year-old daughter in 2018.

The girl and her brother, who was eight at the time, were found with about 130 injuries. The girl died of septicaemia.

The case aroused public concern about the issue of child abuse.

But experts have long argued that these are not enough.

In May 2019, the Law Reform Commission of Hong Kong published a consultation paper recommending adding a new offence of “failure to protect a child or vulnerable person where the child’s or vulnerable person’s death or serious harm results from an unlawful act or neglect”.

In October that year, the Office of the Ombudsman, the city’s independent watchdog of public administration, recommended the government explore making it mandatory to report suspected child abuse. 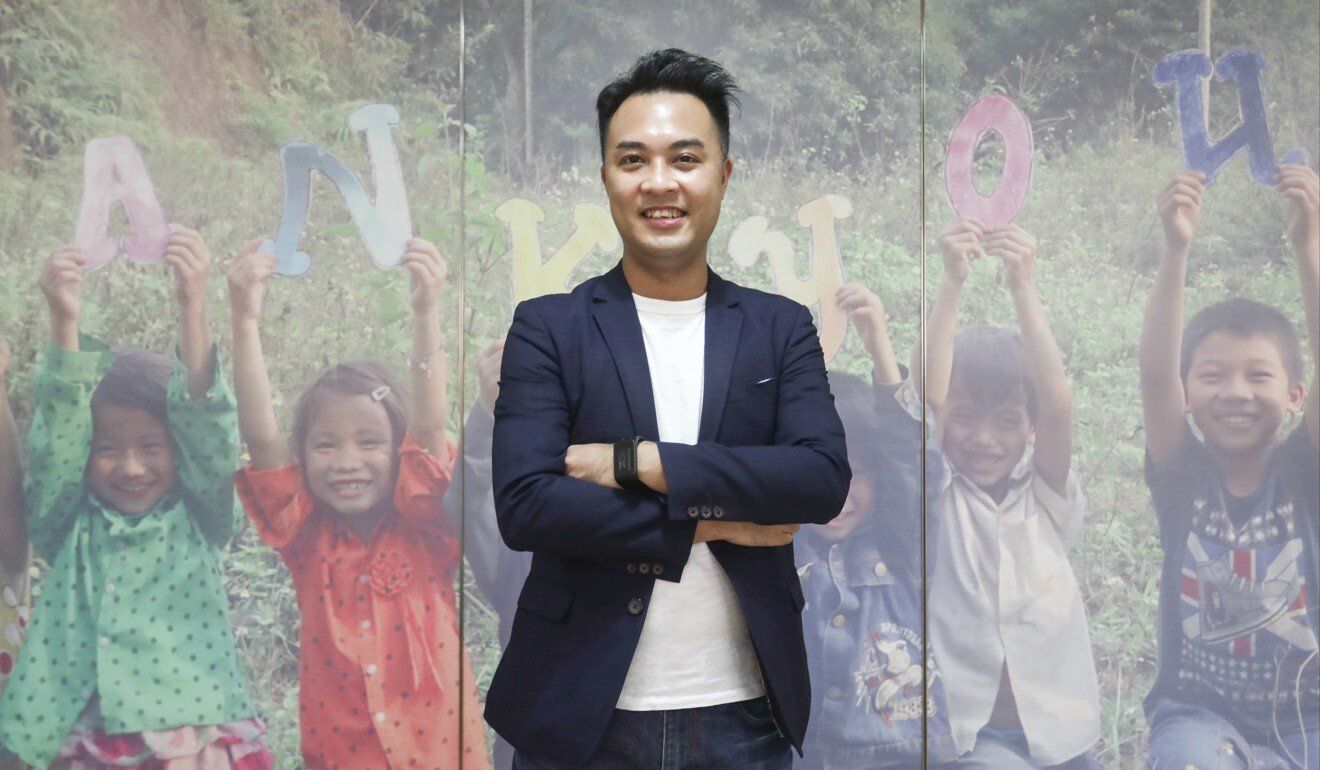 Gary Wong, non-official member of the Commission on Children, says legislation can send a strong message to authorities to take the issue of child abuse seriously.

Gary Wong Chi-him, a non-official member of the Commission on Children, a panel set up by the government in 2018, says the body will soon launch a consultation on the proposal for mandatory reporting.

Some details to look at more closely include the age range of children to be protected, the people compelled to make reports – such as teachers, child care workers and doctors – the cases that must be reported, the punishments and the rights of those who make reports.

“Legislation can send a strong message that the authorities take the issue of child abuse seriously,” he says.

But Chan, from the Hong Kong Society for the Protection of Children, says mandatory reporting may overload the existing system and take away resources from urgent cases.

Instead, she calls for more government support in preventing child abuse, including increasing manpower, enhancing training for teachers and other school staff to handle child abuse cases, and educating the public.

It is still common for Hongkongers to inflict physical punishment on children as a form of discipline. 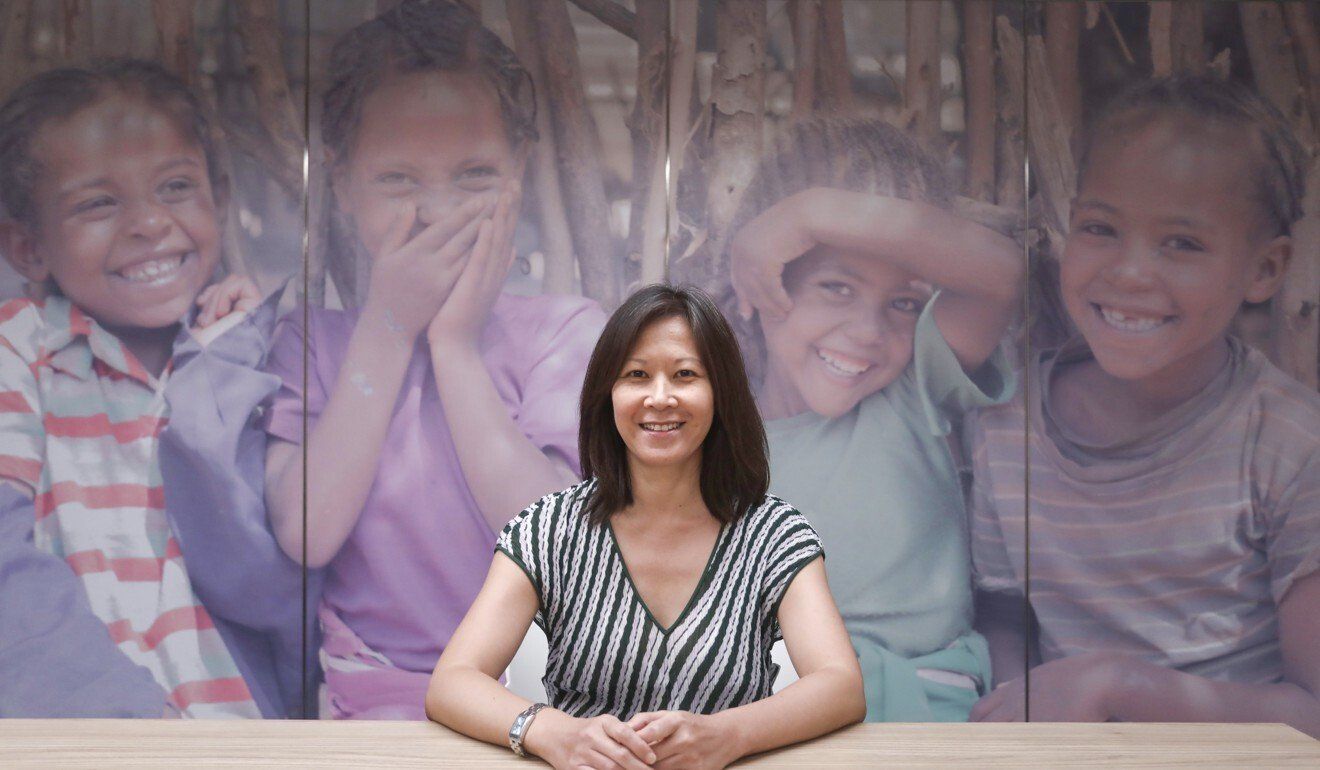 Carol Szeto, chief executive of Save the Children Hong Kong, a non-profit organisation and member of the global Save the Children movement, feels this must change as physical punishment is a form of violence, not discipline.

Corporal punishment remains lawful in the home, and various court cases have shown that Hong Kong still adopts the common law defence of “reasonable chastisement” when dealing with children who have been punished to the point of suspected abuse.

“This situation must be changed,” she says. “Child abuse can be detrimental to children’s development. We have reaffirmed zero tolerance to child abuse.”