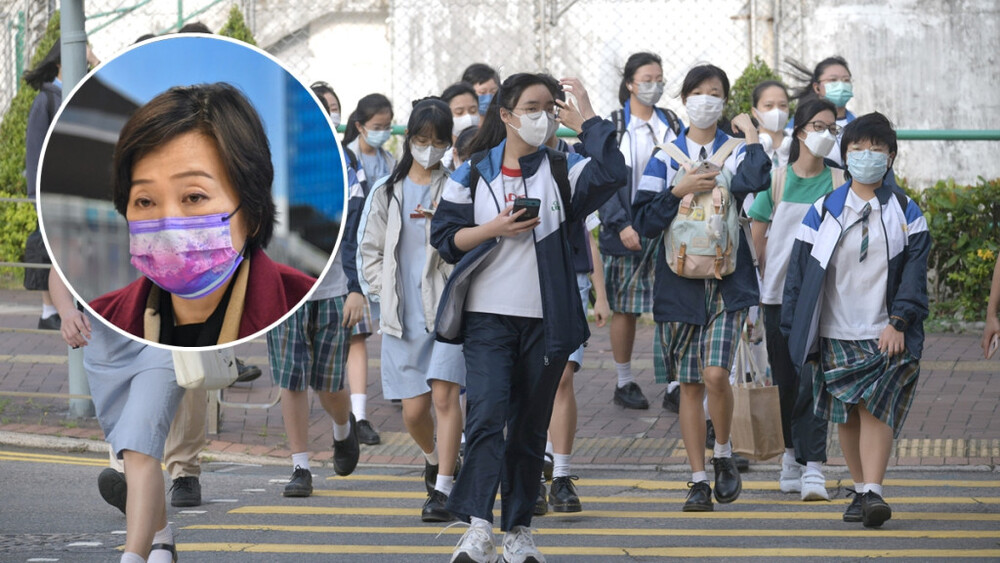 All secondary five students will travel to the mainland in April at the soonest for their mandatory study tour under the Citizenship and Social Development subject, said Secretary for Education Christine Choi Yuk-lin.
Speaking on a radio program Tuesday morning, Choi added authorities will arrange for all secondary five students to travel to the mainland at least once in the second semester of this school year.

Choi said the Education Bureau will take care of the arrangements for the tours and mull with Chinese authorities on Covid-19 coordination.

Schools need only to ask students to sign up for the tours, Choi also said, hoping they will seize the opportunity during the Easter holidays.

Last year, the bureau sent a notice to schools that there will be 21 tour options, most of which will last for two to three days, with the longest ones will see students staying on the mainland for five days at most.

Choi said the bureau will first send students on one-to-two-day tours in Guangdong province now that the border has opened.

The five-day trips will only be available by the end of this year.

As for newly hired government teachers and those planning for a promotion, there will also be seven or eight study tours, offering some 800 places. Those tours will last for four to five days and will begin starting the second semester as well.

Teachers will travel to different provinces to exchange with local schools and universities and visit enterprises. Choi believed the tours could enhance teachers’ professionalism and help them understand the country better.
#COVID-19  #Covid
Add Comment