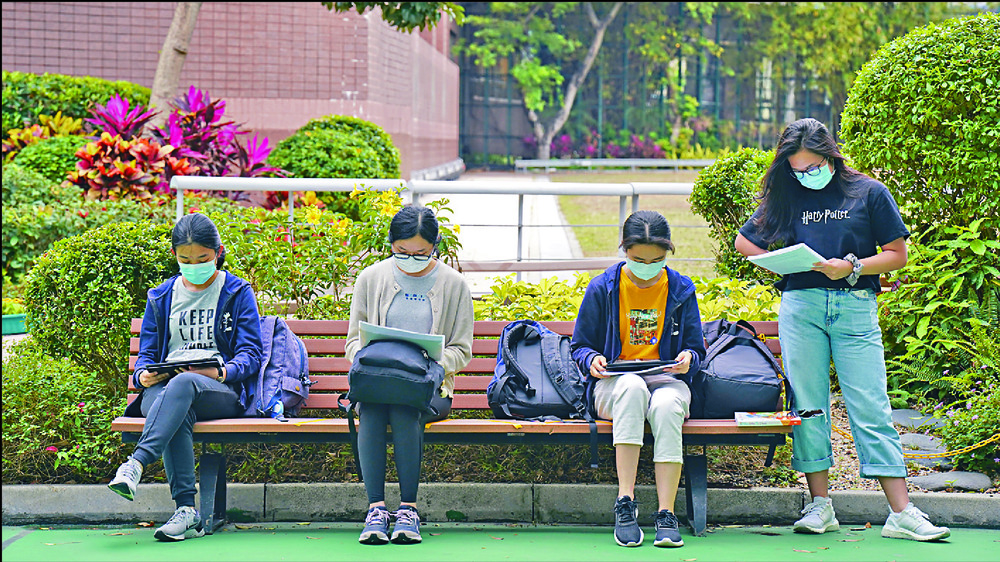 Students who fall just short of the minimum admission requirements - at least 20 points on the Diploma of Secondary Education exams - for eight publicly funded universities might be admitted regardless, student-counseling group Hok Yau Club said, adding many students are expected to leave Hong Kong to study abroad.
However, it said not all programs of study will see lower requirements, citing medicine as an example.

The news came ahead of the release of DSE results on Wednesday. The nongovernmental organization's student consultant Ng Po-shing said yesterday that candidates who score between 17 and 19 points will have a higher chance of being admitted to the eight universities funded by the University Grants Committee.

Ng advised students to be "more ambitious" this year when applying to local universities given the higher chance of being admitted to competitive undergraduate programs. He said admission officers might issue more offers than last year "as they assume some candidates will give up their place to study abroad."

Indeed, the number of DSE candidates dropped to a record low of 50,064 this year. This also prompted local universities to announce they would implement flexible admission policies for students who failed one of their subjects but scored well otherwise.

Ng expects some of the larger programs, such as for science and engineering, to have lower admission scores but added the competition for some medicine, technology or interdisciplinary programs will remain stiff.

He reminded students to pick a "safe" option for their third choice when submitting their application to the Joint University Programmes Admissions System.

One student, Lee Mei-wing, said she expects to score between 23 and 27 points for her best five subjects, adding she hopes to get into Chinese University's bachelor of business administration and juris doctor double degree program. She admitted she might be aiming too high and said contracting Covid-19 during her study leave significantly affected her performance.

Raymond Kwok Chin-kon, senior assistant executive director of the Vocational Training Council said that students who receive lower scores still have the option of enrolling in the council's foundation programs or higher diploma courses. Kwok added the council currently has some 27,000 students enrolled in 140 programs.

Kim Mak, president of the Caritas Institute of Higher Education, also appealed to students to consider the institute's programs as a viable alternative. Apart from a popular nursing course, it also offers programs related to artificial intelligence and the metaverse.
#COVID-19  #Covid
Add Comment