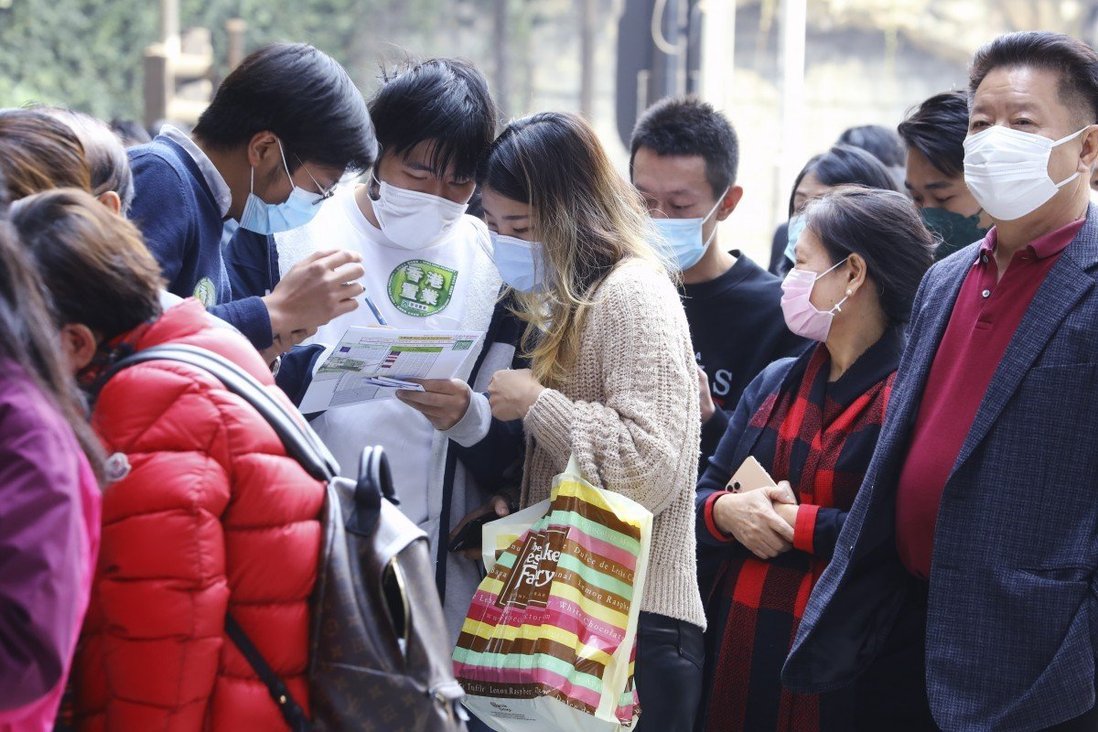 Hundreds queued on Sunday hoping to buy one of the 145 new flats on sale at Wheelock’s Monaco project in Kai Tak, a promising start to the new year for the city’s beleaguered property market.

The first major property launch of 2021 in Hong Kong set a promising bar for the year ahead, as hundreds of homebuyers jostled to snap up flats at Wheelock Properties’ new Monaco project in Kai Tak.

Wheelock collected about HK$1.6 billion (US$206.45 million) by selling all 145 units available on Sunday, less than six hours after sales began, a spokeswoman said. All flats were sold because of relatively low prices and the project’s good location.

“The sales of Monaco got a very strong response from buyers. This is because the price is very attractive at about 15 to 20 per cent lower than some flats in the same district,” said Sammy Po, chief executive of the residential division of Midland Realty.

“The location is important, as the government wants to develop Kai Tak from a former airport area into a new business centre with a good transport network, offices, and big shopping centres. Many buyers believe the home prices in this area will see strong growth in future,” he said.

The smallest unit, a studio flat measuring 280 sq ft, is priced at HK$5.97 million while the largest 762-sq ft, three-bedroom flat is priced at HK$18.89 million after discounts. The bigger flats, at 673 sq ft and 762 sq ft, had all sold out within the first three hours, the Wheelock spokeswoman said.

Several hundred buyers started to queue at about lunchtime on Sunday, forming a long line that encircled the sales office in a shopping centre in Tsim Sha Tsui. Over 40 per cent of the buyers had investment in mind while the others planned lo live in their new homes, Po said.

The biggest buyer, whose identity was not disclosed, spent HK$37.9 million on two three-bedroom flats and a two-bedroom unit, Wheelock’s spokeswoman said.

“We will launch more units in the near future. There is also room for prices to increase,” she added.

The successful sale at the start of the new year bodes well and could pave the way for January’s transaction volume to reach 1,500, said Louis Chan Wing-kit, Centaline’s vice-chairman and chief executive for residential property in Asia-Pacific.

That would be more than double the 626 a year ago when the Lunar New Year holiday fell in January. However, it would be 28 per cent lower than December’s sales of 2,111 new flats, just before the city was hit by the full weight of a fourth wave of Covid-19 infections.

“Many developers will delay their new project sales, which will affect the sales of first-hand flats in January,” Chan said.

Hong Kong is facing its worst recession on record after the economy was hit first by the anti-government protests and then the Covid-19 pandemic over the past 18 months.

Po is, however, optimistic about the outlook for the property market.

“When compared with December, when there were over 100 new infections every day, the number of cases has dropped to a lower level now. The strong sale of Monaco shows that buyers are coming back to the market again,” he said.

Meanwhile, the latest batch of 94 flats at Vanke Holdings’ The Campton residential development in Hong Kong’s Cheung Sha Wan received a lukewarm reception from buyers on Saturday, with only 55 units sold. They sold for between HK$17,737 (US$2,287) and HK$21,740 per square foot.