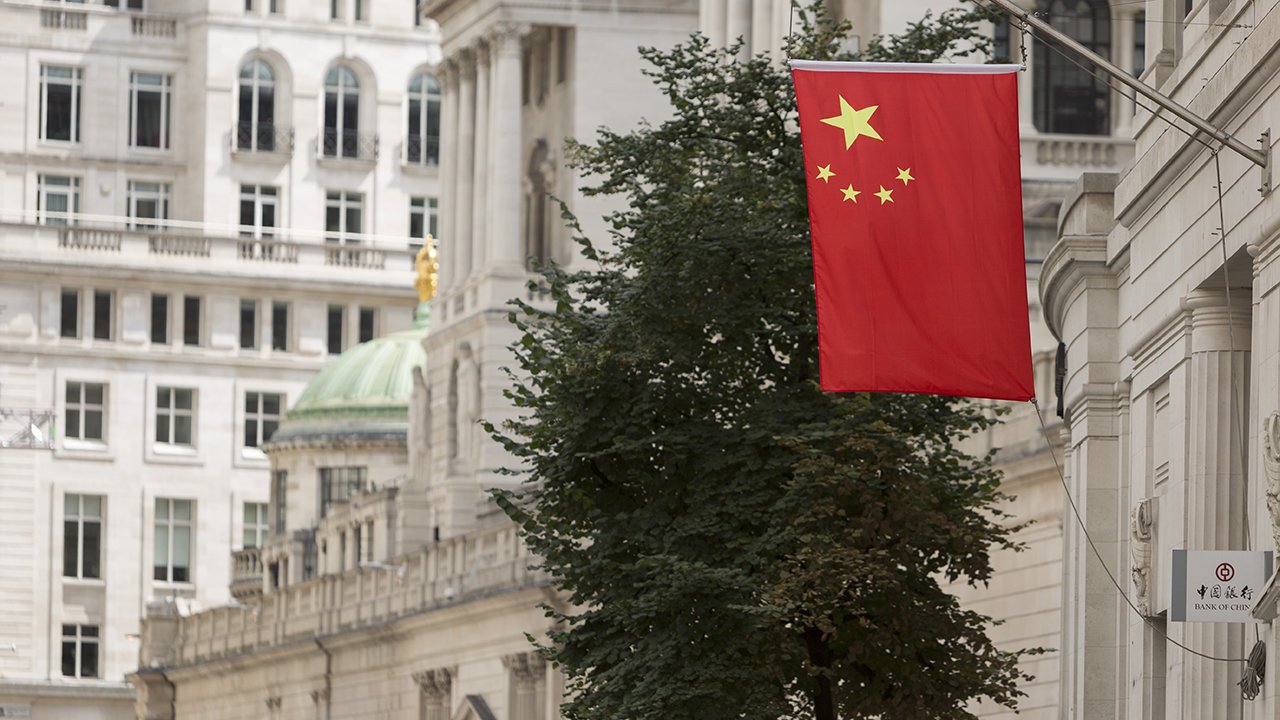 With luxury markets slowing, sellers must demonstrate the long-term potential of their homes to attract foreign buyers

Chinese investment in overseas real estate has slowed recently from its frenetic pace. A number of factors are behind the change, including the Chinese government’s restrictions on outbound investment and stricter regulations on the part of the U.S., leading to an 83% drop in Chinese investment in the U.S. in 2018, according to a report from the global law firm Baker McKenzie.

However, the decrease in overseas investment from Chinese buyers may not be for the long term, some real estate analysts predict. And while luxury homes may take longer to sell than in previous years, the slower pace of sales represents a normalization of the market, not a downturn. With this in mind, sellers of luxury homes should consider targeting other groups of buyers from Latin America and Europe, for instance—and emphasizing the long-term investment potential of their properties.

"Given the size of the Chinese market and its emerging middle class, personally I do not see a significant slowdown long term on foreign investment from China," said Jamie Mi, partner and head of international division with Kay and Burton, a real estate brokerage in Melbourne, Australia. "We expect that such investment most likely will be operated quietly and modestly, not as loud as before."

In addition to buyers from China, buyers from Canada, the U.K., India, and Mexico are the top investors in residential real estate in the U.S., according to the National Association of Realtors. Canada and the U.K., meanwhile, attract more European buyers, so sellers in these regions may want to set their sights on these groups of buyers.

But given the global slowdown in investment predicted for this year, international investors, regardless of nationality, are making their buying decisions with greater deliberation than before. This means sellers must brace for the possibility of their homes lingering on the market for longer, and should keep in mind the types of properties and locations that most attract investors from overseas.

Foreign buyers of luxury property tend to be savvy world travelers, and therefore hunt for what they consider high-end homes in central, in-demand neighborhoods, Ms. Mi said. Fortunately for sellers, this translates to a range of home types.

"They are buying boutique apartments, penthouses, and prestige homes in the most sought-after suburbs," Ms. Mi said. "There is also a percentage of buyers looking for big land with heritage homes [homes listed on Australia’s heritage registers for its historic value].

"There’s been a shift to looking for quality from investors," said Edgardo Defortuna, president, CEO and founder of Miami-based developer and brokerage Fortune International Group. "They’re looking for sophisticated architecture, very well-funded and experienced developers, and in many cases, the branding behind the project."

Investors are also seeking property with the potential to generate strong rental income for the long-term, a factor sellers should highlight when marketing their homes.

"These buyers are sophisticated financially, and may be planning to rent out the property for a few years and eventually retire," said Daniela Sassoun, a broker with Douglas Elliman in New York.

The Impact of Chinese Buyers in Foreign Markets

In the recent past, Sassoun said, the market was moving at a frenetic pace, and international investors were buying apartments sight unseen.

"That is not normal," she said. Now, in a cooler market, foreign buyers are being more deliberate in their decision-making: "Investors are doing their homework. They want to know the numbers and understand the neighborhoods they’re buying in."

Although prime home sales in London have slowed amid Brexit uncertainty, with transactions dropping 46% from 2014 to 2018, Chinese investors are still influential in the market, and accounting for a larger share of foreign purchases in 2018 than they did in 2015.

"Chinese mainland buyers have reduced their footprint slightly, but they’re taking a larger share of the market in many locations," said Liam Bailey, partner and global head of research for Knight Frank. "Even though they face lots of issues taking money outside of China, Chinese buyers are still the biggest nationality of [foreign] buyer in the London market."

Foreign investment in residential real estate in Australia fell in 2018 to A$12.5 billion from A$17.5 billion in 2017, but Chinese buyers remain the largest group of international investors there, as well.

"In Australia, Chinese investment has been a foundational category of the local property market, and it will stay that way," Ms. Mi said. "Perhaps the only difference is that deals take longer to make, and settlement terms are made longer to accommodate the need for available foreign funds."

In addition to Chinese-imposed restrictions on foreign investments, a tax on international buyers of real estate in New South Wales may be contributing to the slowdown.

In Canada, meanwhile, international investment in Vancouver and Toronto shrank last year in the wake of new taxes on foreign buyers. Chinese buyers, in particular, are turning to Montreal instead, drawn by its comparative affordability, as well as its opportunities for higher education.

"Montreal has always been the third city, after Toronto and Vancouver, for foreign buyers," said Patrice Groleau, license partner with Engel & Völkers Montreal. "Now they’re going toward Montreal because we’re still really affordable. We keep hearing from Chinese buyers that they’re drawn by the quality of the food, water and air, as well as the future it offers for their kids."

More: For U.K. Homeowners Looking to Trade Up, Now May Be the Time to Sell

As in Australia and the U.K., the Chinese are the top foreign buyers of residential real estate in the U.S. Many investors are interested in New York City for its elite private schools, which could offer a pipeline to Ivy League universities.

At the high end, Chinese buyers are particularly interested in branded residences, according to Concierge Auctions; sellers should also note they are interested in specific conveniences, like homes that are already furnished and developments that come with luxe amenities that are rare in China, like pools and garages.

Sellers must be patient, given that today’s international investors are being more deliberate with their buying decisions.

"There are ebbs and flows, but international investors are always going to be here," said Ms. Sassoun. "The sophisticated buyers who have been here before are in no rush to make a quick buy—they’ll hold onto something for 15 years and then they’re going to make their money back."

Who Foreign Buyers Are Now, and What They’re Looking For

While Chinese buyers continue to dominate in many markets, there are other cohorts of foreign investors showing increased interest, as well.

Knight Frank data shows that from 2015 to 2018, buyers from Russia, the U.S., Turkey, Spain and Germany substantially increase their market share of foreign purchases of prime London property

"Interestingly, this data snapshot covers the pre- and post-Brexit referendum period and confirms that European buyers are more interested in taking advantage of the weak pound than [they are] worried about London’s future," Mr. Bailey said.

In London, properties in the £10 million  (US$13.2 million) range have sold to wealthy foreign buyers at a rate three times faster than before the Brexit vote, so there may be opportunities now for sellers of ultra high-end, centrally located properties.

Sellers of properties on Montreal’s south shore are in luck, as international investors are particularly drawn to this area, Mr. Groleau said, but he anticipated that investment in neighborhoods outside the city would soon accelerate.

Chinese buyers were never especially prevalent in Miami, but foreign investors make 70% of the city’s luxury housing purchases. These buyers tend to hail mostly from Latin America, and their purchases are often informed by economic and political conditions in their home countries.

"Recently, we’ve seen an influx of Mexicans who are concerned with the newly elected president, and starting to look more aggressively at the Miami market," Mr. Defortuna said. "We also see Brazilians, for the opposite reason—they’re optimistic with new policy in their country that they’re going to start making money, so diversification is on their minds."

Miami has seen a decrease in interest from international investors, with foreign buyer purchases down to 19% of Florida’s overall home sales in 2018, from 21% in 2017. Sellers of high end properties should consider reaching out to Chinese and Brazilian buyers, the groups of international investors spending the most on property in Miami.

In New York, foreign investors seem to be taking a back seat, too, with domestic buyers accounting for the most expensive real estate sales in 2018. The largest groups of foreign buyers of New York City real estate are from China and Canada; Ms. Sassoun said she has worked with some British clients recently, as well, who are nervous about Brexit and want to buy something that will promise high returns on investment.

In addition to increased regulation and taxation, there are questions of whether there are enough wealthy buyers to purchase New York’s oversupply of luxury housing. This means sellers face a tougher challenge in moving their homes off the market, and should seek out buyers who intend to make a real estate investment that is for the long term.

Sellers in downtown—and affluent—neighborhoods like Greenwich Village, the West Village, and Tribeca may be the best off, as these area tend to be perennially in demand. And in order to attract the most buyers, sellers should play up their home’s potential to attract—and keep—renters who will pay top dollar.