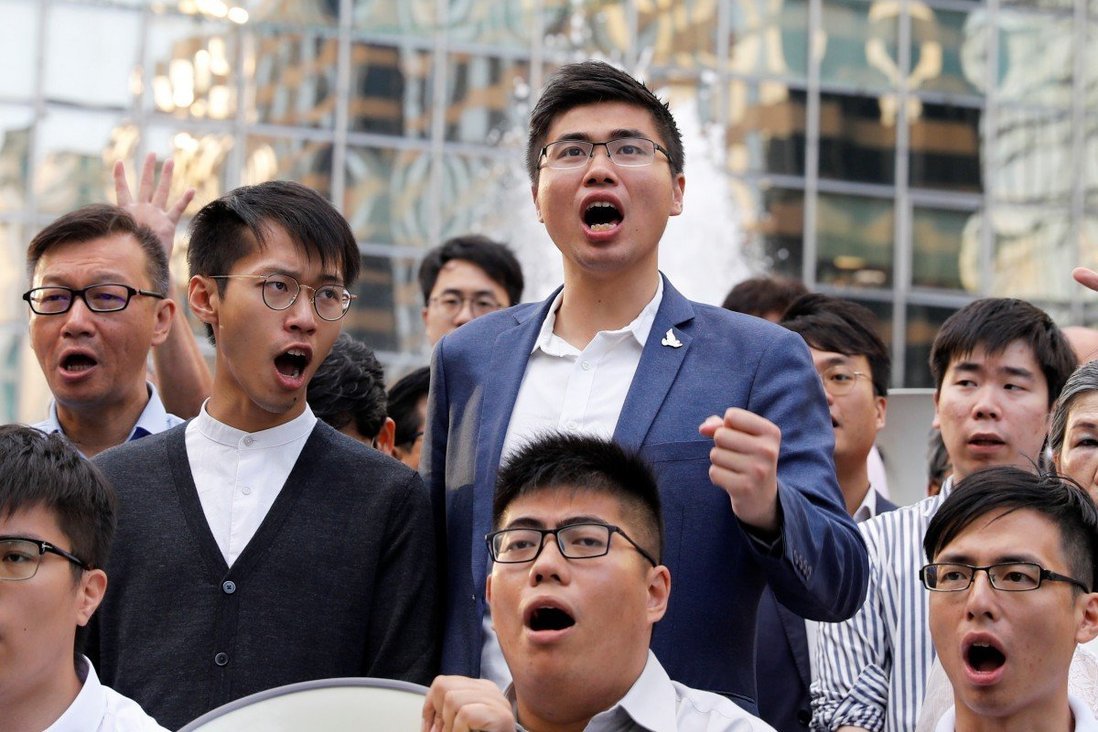 Home Affairs Department hits out at allegations from opposition bloc that authorities had blocked pandemic work.

Hong Kong’s home affairs authorities have lashed out against accusations that they had obstructed or suppressed the opposition-dominated district councils, calling the claims unfounded and malicious.

The Home Affairs Department urged opposition councillors to stop making “unfounded and unreasonable allegations” in a statement on Thursday, and called for cooperation with the government “to work for the well-being of residents and the districts”.

Tensions have risen between the administration and district councils which are mostly controlled by the opposition camp after a landslide victory in municipal-level elections last year at the height of the anti-government protests.

The bloc swept 17 of 18 district councils. 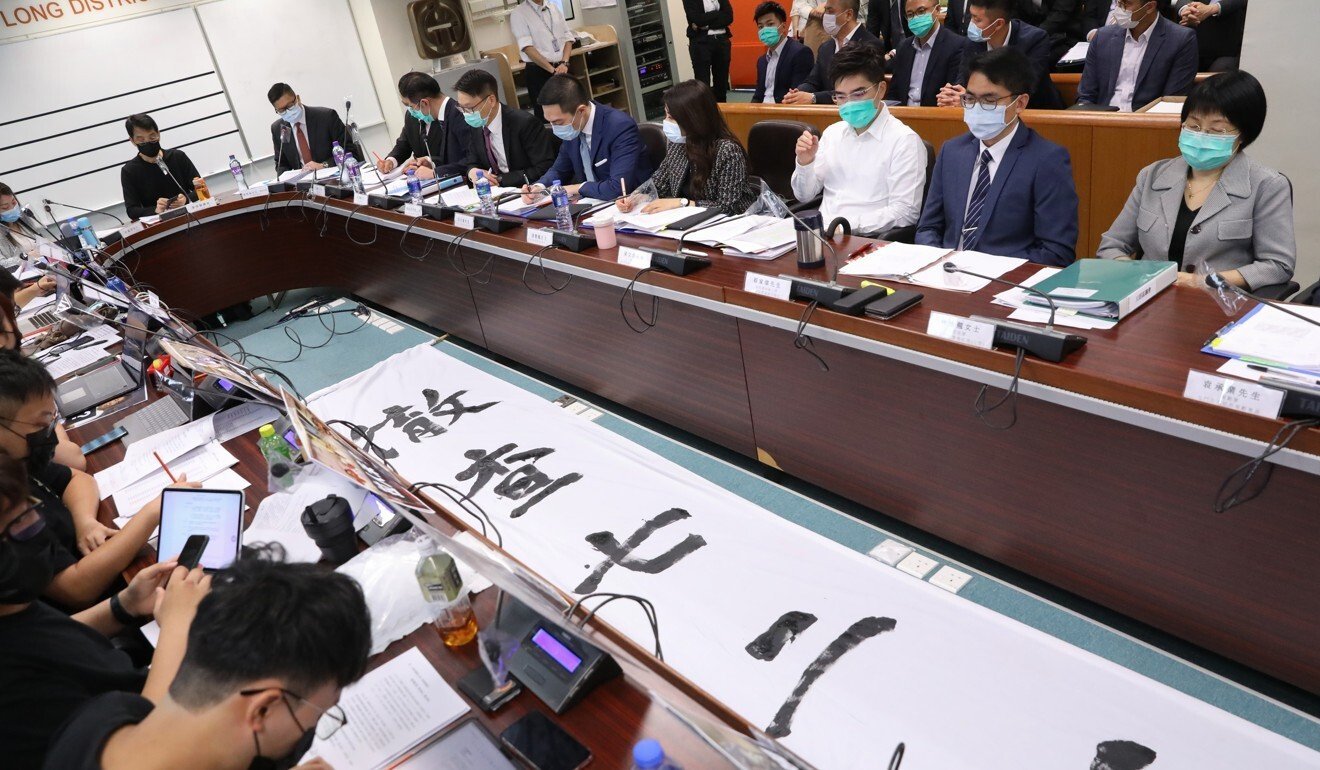 A meeting between members of the Yuen Long district council and police in May.

Since the start of the new term for district councils in January till late last month, there have been 89 instances of government representatives walking out of regular council meetings, according to a count by 18 District Councils Liaison, a group formed by opposition councillors.

In a press conference last week, a group of opposition district councillors accused the government of “obstructing” their anti-pandemic work. Among the allegations were claims the department had intentionally declined to buy masks for residents or spray disinfectants at housing estates despite council approval of such measures.

In a separate press briefing last month, the councillors also said the department delayed reimbursing expenses of their offices because such premises had been used as polling stations during the camp’s primary elections in July. Beijing blasted those polls as “illegal” and a “serious provocation” of the existing electoral system.

In a statement on Thursday, a department spokesman said: “We hope [district councils and councillors] will not make unfounded and unreasonable allegations.

“We urge [councillors] to discuss matters rationally, cooperate with [the department] and district offices in a pragmatic manner, and comply with the District Council Ordinance as well as the relevant manual and guidelines, to work for the well-being of residents and the districts.” 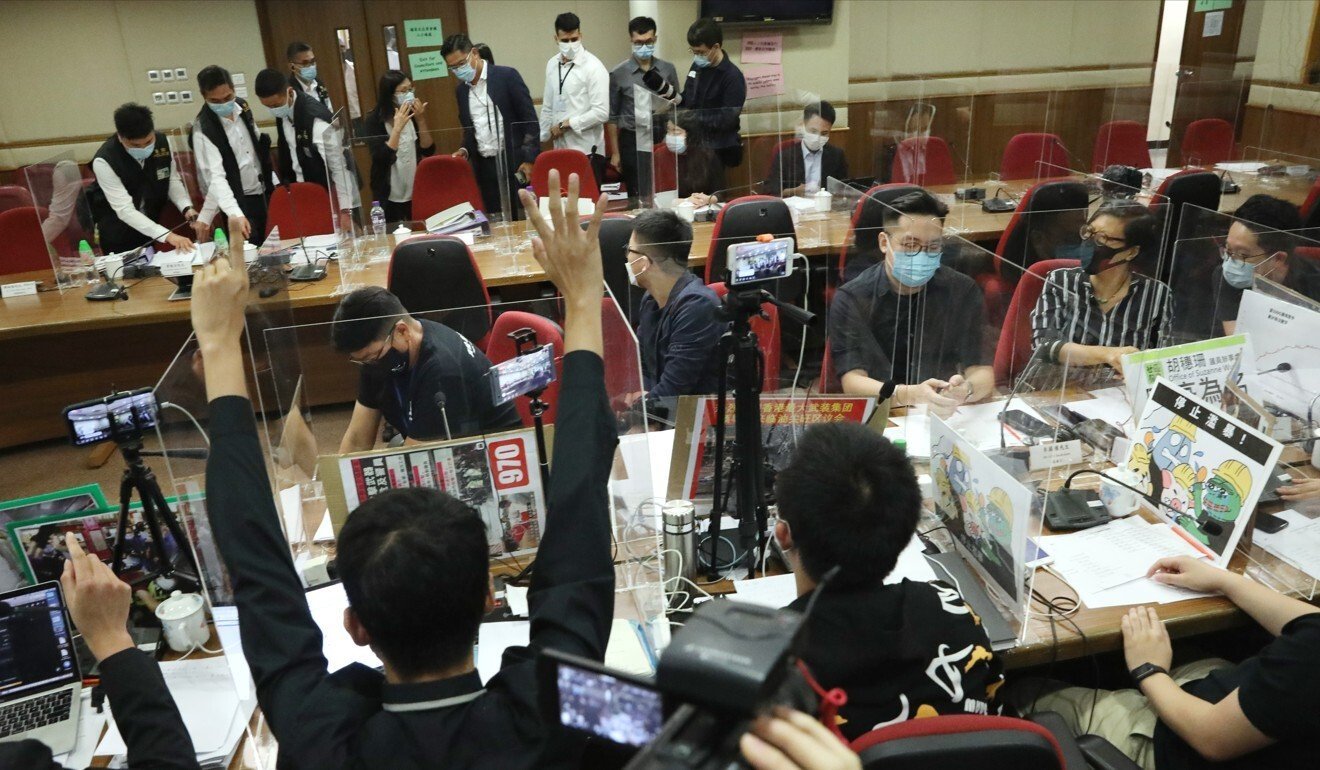 The department said it fully supported anti-pandemic activities and it had in the past two months provided about 17 million masks to community and district organisations, including the district councils, for distribution to residents in need.

Those masks were bought by the Government Logistics Department and hence individual departments or district offices would not need to buy their own, according to the department. “This is cost-effective and accords with the principle of using public funds prudently,” the department stated.

It also said there had been an established mechanism for the government to subsidise private buildings for clean-up work if needed, saving the use of funds from district councils.

On the use of district councillors’ offices as polling stations, the department said: “The so-called primaries did not comply with [district council] functions and the related expenses will not be reimbursed by the government.

“The district offices had earlier issued letters to the concerned [councillors] to ask for details of their reimbursement applications, to weed out expenses related to the election primaries.

Convenor of the opposition district councillors’ bloc, Leung Kwok-ho, said some members were considering lodging complaints to the ombudsman.

“The government does not want residents to see that we can serve the district better than those pro-government people. So, it tries to obstruct our work. But residents appreciate our efforts and many understand that the government has not been cooperative with the councils,” Leung said.