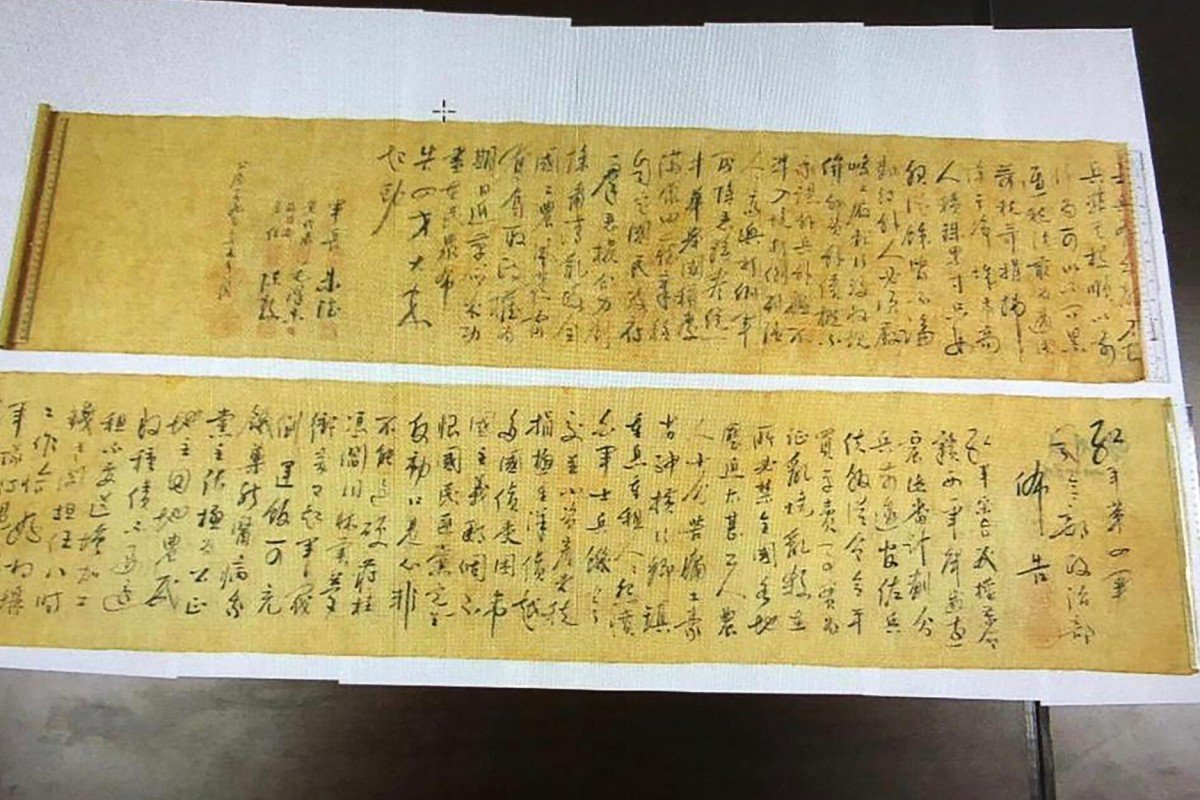 A police insider said the buyer of the stolen artwork paid just HK$500 for the piece and believed it was a counterfeit.

A calligraphy scroll by Mao Zedong said to be worth HK$2.3 billion – part of a haul stolen last month from the Hong Kong flat of a renowned collector
– was torn into two pieces after being resold for a few hundred dollars to a man who thought it was a counterfeit, the Post has learned.

The buyer was one of three people arrested so far in connection with the massive heist, including one of the suspected burglars.

A police insider said the calligraphy piece was the most expensive item stolen in what was believed to be the biggest burglary in city history but it was sold for a mere HK$500 to a purchaser who – believing it a counterfeit – cut it into two pieces for storage purposes.

The owner of the scroll, Fu Chunxiao, a well-known collector of stamps and revolutionary art, told the Post on Wednesday that he was distressed about the damage.

“It was heartbreaking to see it be torn into two pieces,” he said. “It will definitely affect its value, but the impact remains to be seen.” 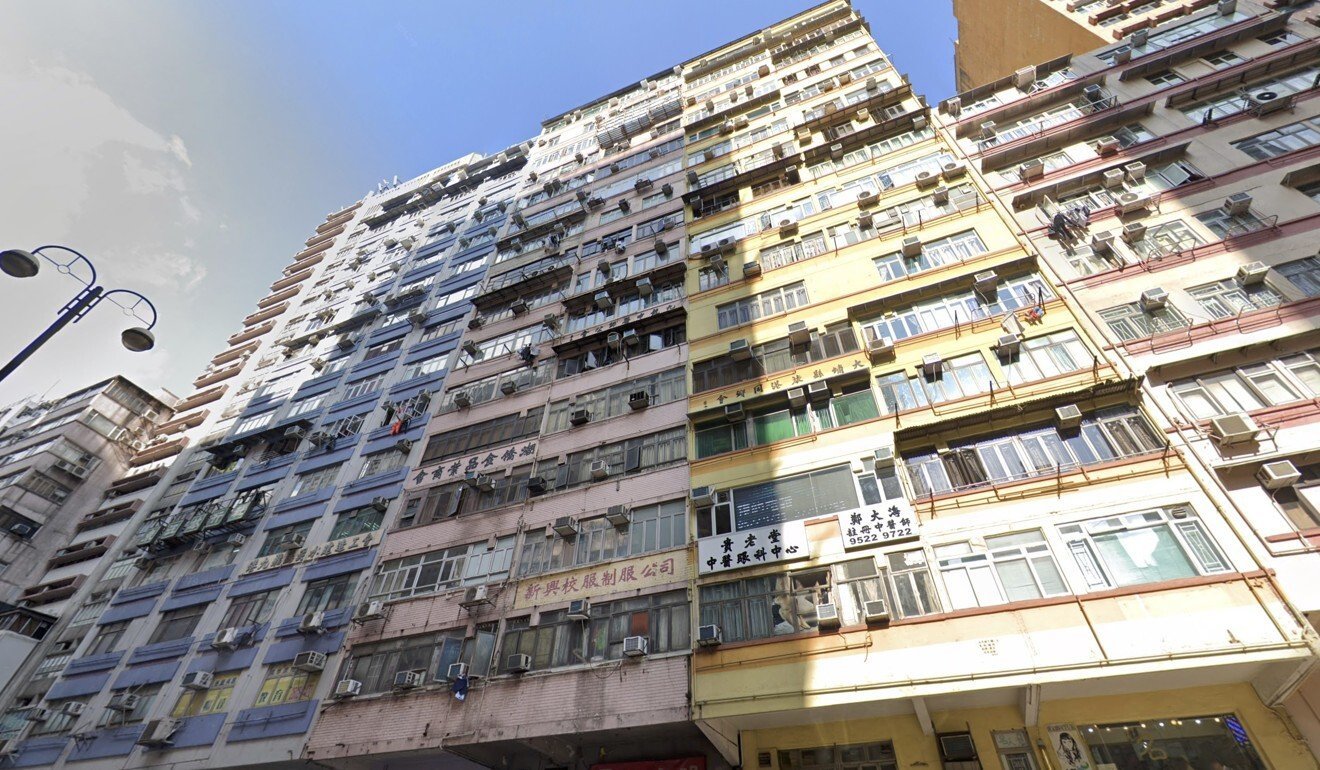 A flat inside this building on Nathan Road played host last month to what is believed to be the biggest robbery in Hong Kong history.

Fu said he had wanted to donate the calligraphy piece before the burglary happened, although he stopped short of saying where, adding that he did not know when he would get the piece back.

“I have not made a decision as to how to deal with it, [and won’t] until I get it back,” he said.

The damage to the artwork came to light when the purchaser learned of the burglary case via a public appeal by police, then surrendered himself with the two halves on September 22.

Inside the man’s Wan Chai flat, officers also recovered two copper coins that were stolen in the same burglary.

Police arrested the 49-year-old on suspicion of handling stolen property. He has since been released on bail pending further investigation.

When asked why the artwork was cut into two pieces, Senior Superintendent Tony Ho Chun-tung of the Organised Crime and Triad Bureau, said: “Someone thought the calligraphy was too long – 2.8 metres in length – and it was difficult to show and display it. That’s why it was cut in half.” 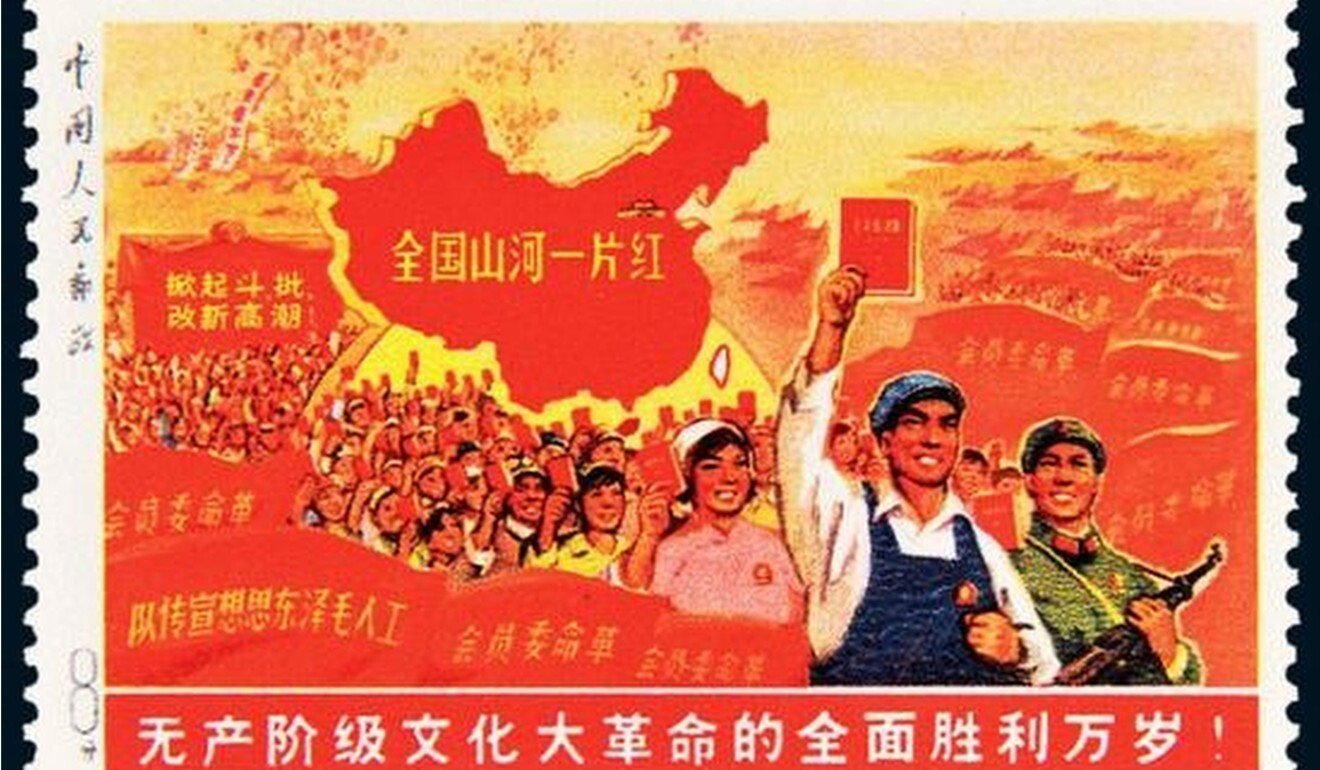 A revolutionary-era stamp that was stolen during the massive burglary of a Yau Ma Tei flat last month.

He said it was among seven pieces of calligraphy purportedly written by Mao, 24,327 stamps and 10 copper coins that were stolen from the collector’s flat in Yau Ma Tei on September 10.

Ho said the owner claimed the haul was estimated to be worth about HK$5 billion, though police were still trying to confirm the exact value of the stolen property through different channels.

After an in-depth investigation, officers from the triad bureau arrested one of the suspected burglars, aged 44, and his friend during a raid on a Yau Ma Tei flat on Tuesday.

One source said the 47-year-old friend had been arrested for assisting an offender by providing a hideout.

On Wednesday evening, the duo were still being held for questioning and had not been charged.

Police are still searching for two of the three burglars who broke into Fu’s home nearly four weeks ago. It is understood police have identified the two remaining suspects. 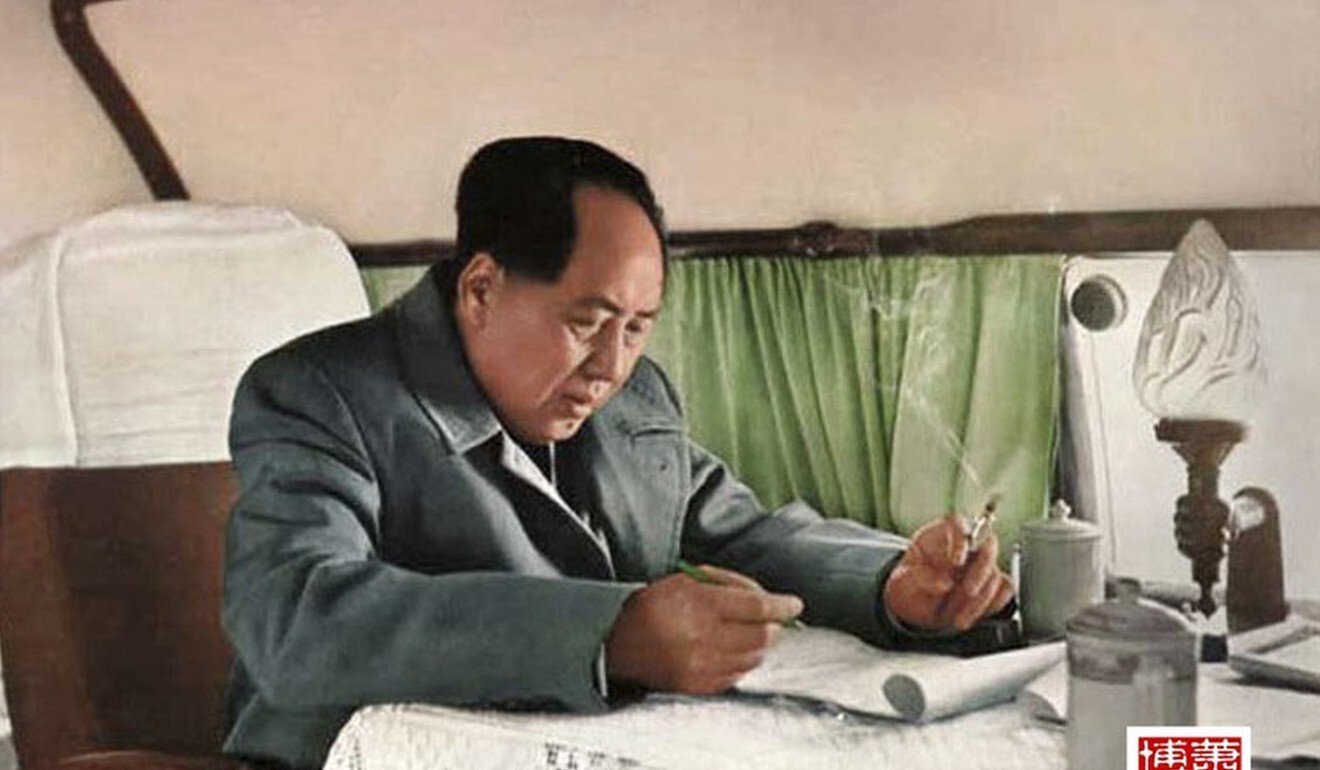 An old photo of Mao Zedong working on the Russian-made IL-14 personal aircraft during a trip to Jiangsu province in 1957.

Another source said the three burglars took a taxi to a guest house in Sham Shui Po after the break-in on September 10.

Senior Superintendent Ho said a taxi driver had come forward in response to the police appeal and gave useful information leading to the identification of some of the suspects.

Ho said officers were investigating whether there was a syndicate behind the three burglars.

Mao, founder of the People’s Republic of China, was also a calligrapher, using brush and ink to draft most of his letters, as well as to compose poems.

Fu organised a 2018 exhibition of Mao stamps in the city, where he displayed more than 200 items.

He used the flat on Nathan Road in Yau Ma Tei for storage, and was on the mainland when police informed him of the burglary.