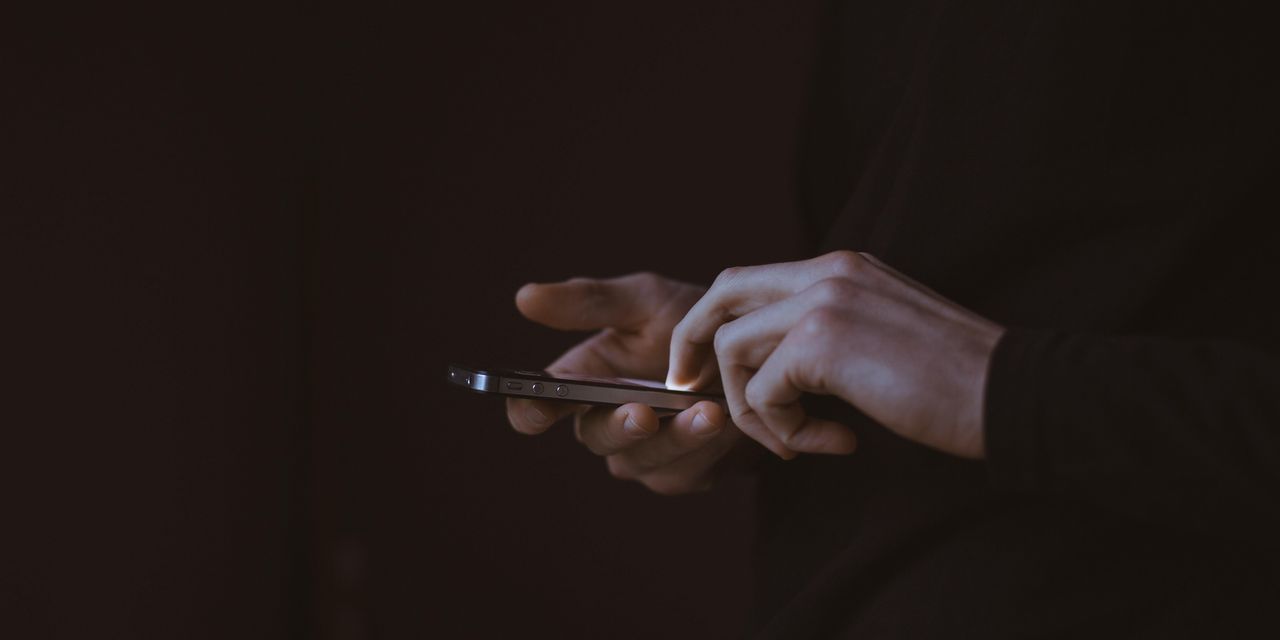 Beset by the mass response to the coronavirus pandemic, the economy skidded to a halt and the markets suffered historic losses. Also: the case for telecom, in a nation hanging out at home.
Stores are closed, restaurants are empty, travel and events are canceled, manufacturing and production facilities are shut. Goldman Sachs is now forecasting that the novel coronavirus outbreak—and the unprecedented social-distancing efforts to combat it—will punch a record 24% hole in second-quarter U.S. gross domestic product.

The fact that a sharp downturn in the economy is already here is beyond doubt.

Markets have moved with lightning speed to price that in. The Dow Jones Industrial Average has tumbled more than 10,000 points, or 35%, over the past month, punctuated by a nearly 3,000-point, 12.9% plunge this past Monday—second only to 1987’s Black Monday crash. The S&P 500 and Nasdaq Composite have followed a similarly steep path downward, while the more economically sensitive small-cap Russell 2000 has sold off even more.

There are other parallels to that period during the global financial crisis besides their huge price swings. Beyond the dire forecasts investors are discounting in their models and decisions, there has been a dash for cash that’s exacerbated daily moves and spared no asset from fevered selling.

“We’re still really in the scrambling liquidity phase of this whole move,” says Lee Ferridge, head of macro strategy for North America at State Street. “It’s all about raising dollar liquidity: People are selling whatever assets they have indiscriminately because they have a short-term need for dollar cash for redemptions, margin calls, collateral requirements, or whatever else.”

Several times in the past few weeks, the U.S. dollar has been virtually the only asset flashing green in a sea of red. Scott Clemons, Brown Brothers Harriman’s chief investment strategist, calls these “no-safe-haven, risk-off-everything, money-under-the-mattress, buy-canned-goods types of days.” The U.S. Dollar Index, which measures the price of the dollar against a basket of other currencies, is up 8% in two weeks—an immense move.

The Federal Reserve is pulling out all the stops to respond and smooth out stressed markets, essentially deploying its entire 2008 financial crisis playbook in the span of a little more than two weeks. It has unveiled lending facilities for primary dealers and money-market mutual funds, and boosted the size of its daily overnight repurchase operations. And the Fed has opened dollar-swap lines with more than a dozen central banks around the world to make it easier for them to access the world’s reserve currency.

The impact of those efforts will take some time to play out. Once markets start trading like normal again, investors can turn their focus to what the way out of the current crisis will look like. Commentators have suggested an alphabet soup of potential recovery paths: a V-shaped quick rebound? More of a U-shape that requires a slow bottoming? Maybe a W emerges, with a double-dip recession caused by the return of the coronavirus next flu season? Or will it be an L leaning slightly to the left, in which it takes much longer to recover than it has to fall?

Much will depend on how effective social-distancing measures prove and when the legions of medical researchers working on an answer develop one—factors beyond the control of the Fed, Congress, or the White House. As for the economic impact, it is certain to outlast the virus.

“You can shut down restaurants with an order from a mayor or governor,” Clemons says. “But when they flip that switch back on, the restaurants won’t all reopen. That reboot, to me, takes quarters, if not years.”

It is there that monetary and fiscal policy makers can make their presence felt, and the Fed is ahead of Congress on that front. Last Sunday, the central bank said it would buy hundreds of billions of dollars of bonds, while dropping its benchmark interest rate to near zero. “We knew coming in that the central banks didn’t have a lot of ammunition to influence the real economy because rates were already so low,” State Street’s Ferridge says. “The Fed has done all it can right now...It really comes down to fiscal policy and what Congress can put together.”


Legislators passed a coronavirus-relief bill on Wednesday, which expands paid sick leave and unemployment benefits for workers affected by the outbreak, while also providing funding for free coronavirus testing. Next up is a potential trillion-dollar fiscal-stimulus bill. Washington is considering direct cash payments to individuals, bailouts for hard-hit industries such as airlines, and low-cost loans to small businesses.

All this won’t stop the economic data from getting a whole lot worse in the near term. This coming Thursday’s initial jobless claims figures could jump by millions—from about 70,000 two weeks ago.

As for markets, they tend to move ahead of events. The turning point could be a decline in daily new cases in the U. S—which, following trends in China or South Korea, could be four to six weeks out. Or evidence that widespread testing is restoring some consumer confidence. But as the panic on Wall Street began well before the economic disruption was felt on Main Street, stocks should bottom before the economy does. It’s just too early to say when that is.
#Coronavirus
Add Comment