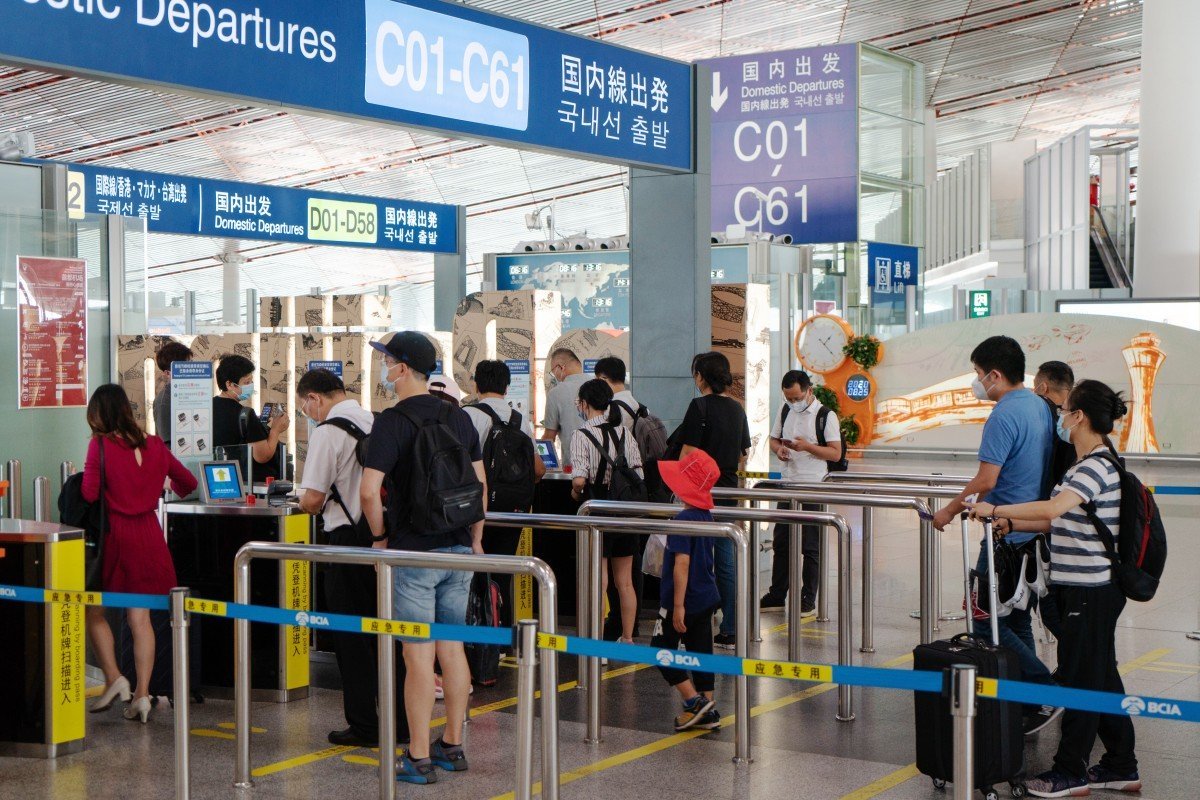 The Hang Seng Index dropped 0.6 per cent to 24,468.93 at the close on Wednesday. The Shanghai Composite Index, meanwhile, ended the day 1.9 per cent lower at 3,254.63.
The stock markets in Hong Kong and mainland China fell on Wednesday following an overnight rout in technology shares on Wall Street.

The Nasdaq retreated overnight and entered “technical correction” territory, having fallen 10 per cent since September 2. The drop abruptly followed a record high last Wednesday and did not spare the big guns. Tesla, for instance, plunged 20.7 per cent on Tuesday.

“Technology stocks’ impact on the Hang Seng Index has increased … after the addition of three new economy stocks [Alibaba, Xiaomi and WuXi Biologics] and the removal of traditional economy stocks from the index,” said Alan Li, portfolio manager at Atta Capital. “The readjustment will continue at least in the short term, as technology stocks still have room to readjust.”

Airline stocks proved to be a bright spot on Wednesday. Air travel has rebounded in mainland China – a deputy head of the country’s aviation authority said its daily flight numbers had recovered to 90 per cent of pre-coronavirus levels by the end of August.

Meanwhile, Nongfu Spring, which achieved a record-breaking IPO in Hong Kong, has met requirements of the index compiler’s Fast Entry Rule, and will be added to the Hang Seng Composite Index after market close on Monday, September 21, index compiler Hang Seng Indexes said on Wednesday. All changes will take effect the following day.

Sentiment has also been hit by a pause in the trial of a highly-anticipated coronavirus vaccine being developed by AstraZeneca along with researchers from the University of Oxford. The drug maker said it had paused the trial of its Covid-19 vaccine after a volunteer fell ill.

On the mainland, vaccine and health care related stocks plunged, with Shanghai Hile Bio-Technology and Beijing Wantai Biological Pharmacy Enterprise declining by the daily cap of 10 per cent.

Technology stocks fell as well, with the technology-heavy ChiNext index declining 4.8 per cent. Shenzhen Hymson Laser Intelligent Equipments, which debuted on Shanghai’s Star Market, however, surged 119.5 per cent to 31.96 yuan.

China released its consumer price index (CPI) and producer price index (PPI) in the morning, but the numbers, which were in line with market expectations, had little impact on shares. The CPI gained 2.4 per cent year on year in August, while the PPI dropped 2 per cent.

Geopolitical tensions between China and the United States, Australia and India have also added to uncertainty in the markets.

US apparel groups were expecting a Trump administration decision as early as this week blocking imports of Chinese-made textiles and apparel products on grounds that they were the products of forced labour in China’s Xinjiang region, according to textiles industry sources and a former Trump White House trade official.