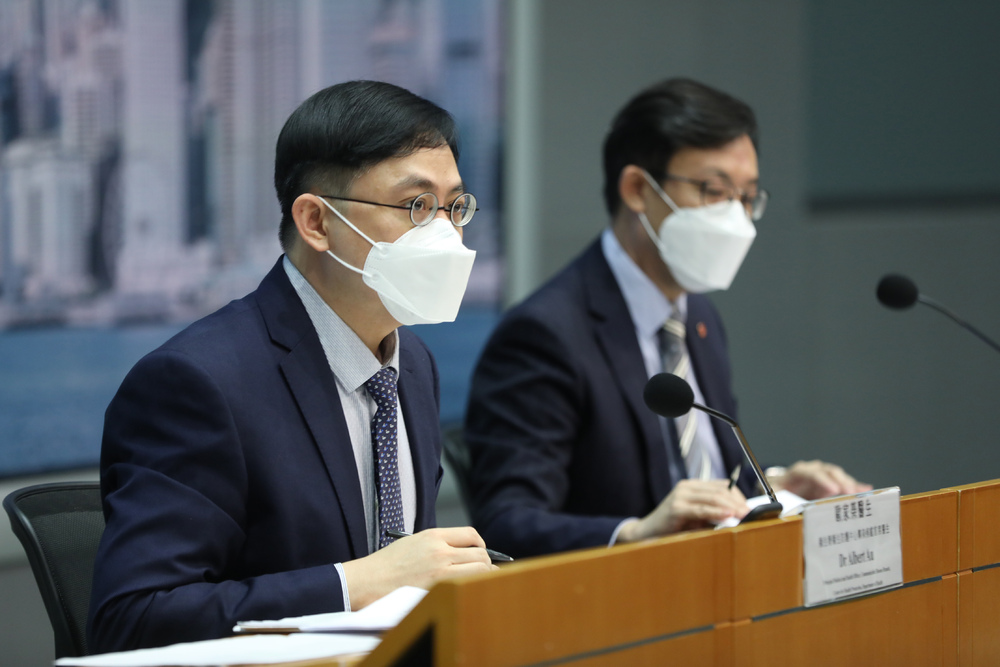 Hong Kong added 321 new Covid-19 cases and five related deaths on Thursday, as health authorities urged the public to stay alert for transmission chains in communities amid Mother's Day celebrations.
Among the new cases, 148 were confirmed via PCR tests including 17 imported cases, and 173 were positive rapid antigen test results reported by citizens.

Twelve imported cases were detected at the airport, while the other five were reported from designated quarantine hotels, according to Centre for Health Protection's principal medical and health officer Albert Au Ka-wing.

Apart from warning citizens of the possible encounter of hidden transmission chains during the holidays, Au stressed health departments will work alongside the Social Welfare Department to conduct regular Covid tests for elderly for early case identification, citing the high death rate among elderly patients.

He continued that over 2,300 schools resumed classes today (Thu) and authorities were informed of 26 cases, including 21 positive RAT and five positive PCR tests.

The overall tally of the fifth wave of pandemic outbreak has now exceeded 1.19 million, Au pointed out.

The new deaths involved two men and three women, with four of them aged between 86 and 97. One was an elderly home resident and three had no vaccination record.

Health authorities have yet to confirm the age of one of the men, who was found unconscious on the streets around 4am on Monday. He once threw up and he had a level 6 coma and asymmetrical pupils.

The man was first rushed to the Caritas Medical Centre and was found to have cerebral hemorrhage after a brain scan. He was then transferred to Kwong Wah Hospital and tested positive for Covid-19 with a CT value of 34.2.

The hospital prescribed medicines to alleviate pressure on the brain but he eventually died on Wednesday.

Public hospitals and treatment facilities are now housing 1,068 patients. Among them, one is in critical condition, three in serious condition and four have been admitted to hospitals' intensive care units.

In the past 24 hours, 152 patients have recovered from Covid and 99 of them have been discharged.
#COVID-19  #Covid
Add Comment