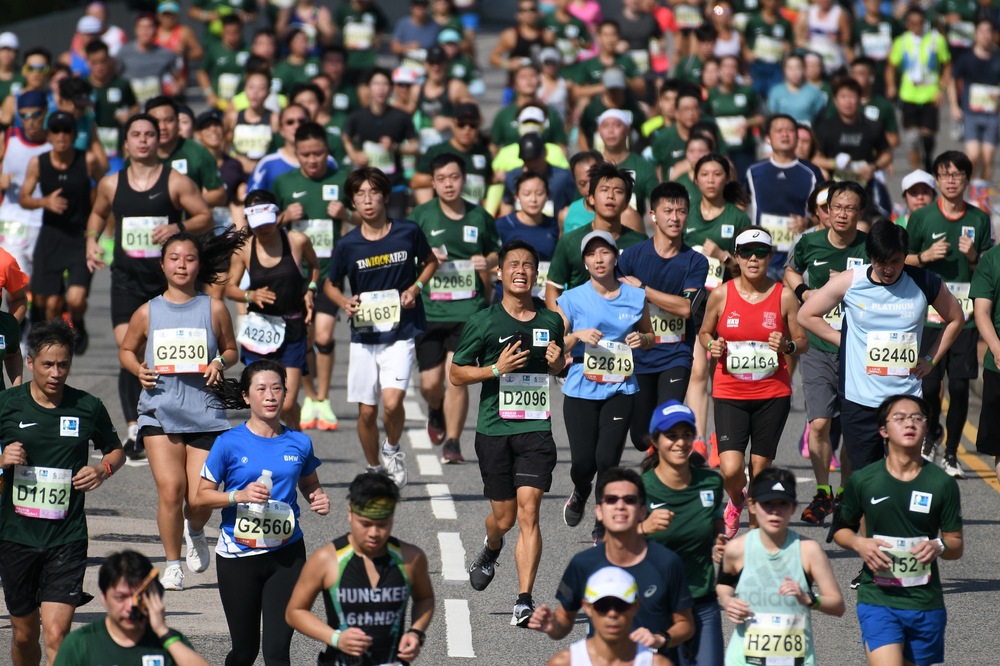 Excited runners may be disappointed yet again as the Standard Chartered Marathon, already postponed to November 20, may be canceled as authorities remain indecisive in the face of worsening Covid developments.
Kwan Kee, chairman of organizer Hong Kong Association of Athletics Affiliates, said on Thursday that they have officially filed for government approval for the marathon.

He hoped the government would make up its decision within the next week. This will allow them to contact athletes, workers, and sponsors in time as the preparation works are now in the final stage.

Kwan also said the organizer may have to cancel the marathon if the pandemic continues to worsen.

Kwan added the quota of runners will be cut from the proposed 37,000 to 25,000, which is greater than last year’s quota of 18,500. He explained the measure was introduced to celebrate this year as the 25th anniversary of the establishment of both the SAR and the race.

Regarding the latest Covid curbs, all runners must fulfill the vaccine pass requirement and hold a blue QR code. Participants must also present a negative PCR test result valid within 48 hours and undertake a RAT test just before the race starts.

Kwan said since the race was successfully staged last year, the organizer has been actively engaged in discussions with different government departments for this year’s race.

The organizer met representatives of the police, the Transport Department, and the Leisure and Cultural Services Department in May and submitted the proposal to authorities in June. The meetings all went very well, Kwan noted.

The organizer has also been in close contact with the Culture, Sports and Tourism Bureau and will coordinate with government’s requests and make flexible arrangements, Kwan noted.

He continued that the marathon is more than just another sports event and is infused with elements including philanthropy, education, and harmony with the disabled. Citizens have also longed for this grand event for an extended period, and the organizer hoped the race could bring some positive energy to society, he said.

Kwan believed the marathon should not be sacrificed because of Covid, and the government must strike a balance between the athletes and the restrictions.

When asked if runners could wear clothing with the slogan “Hong Kong add oil,” frequently chanted during the social unrest, Kwan only said he wanted all runners and workers to comply with the law.
#vaccine  #Covid
Add Comment