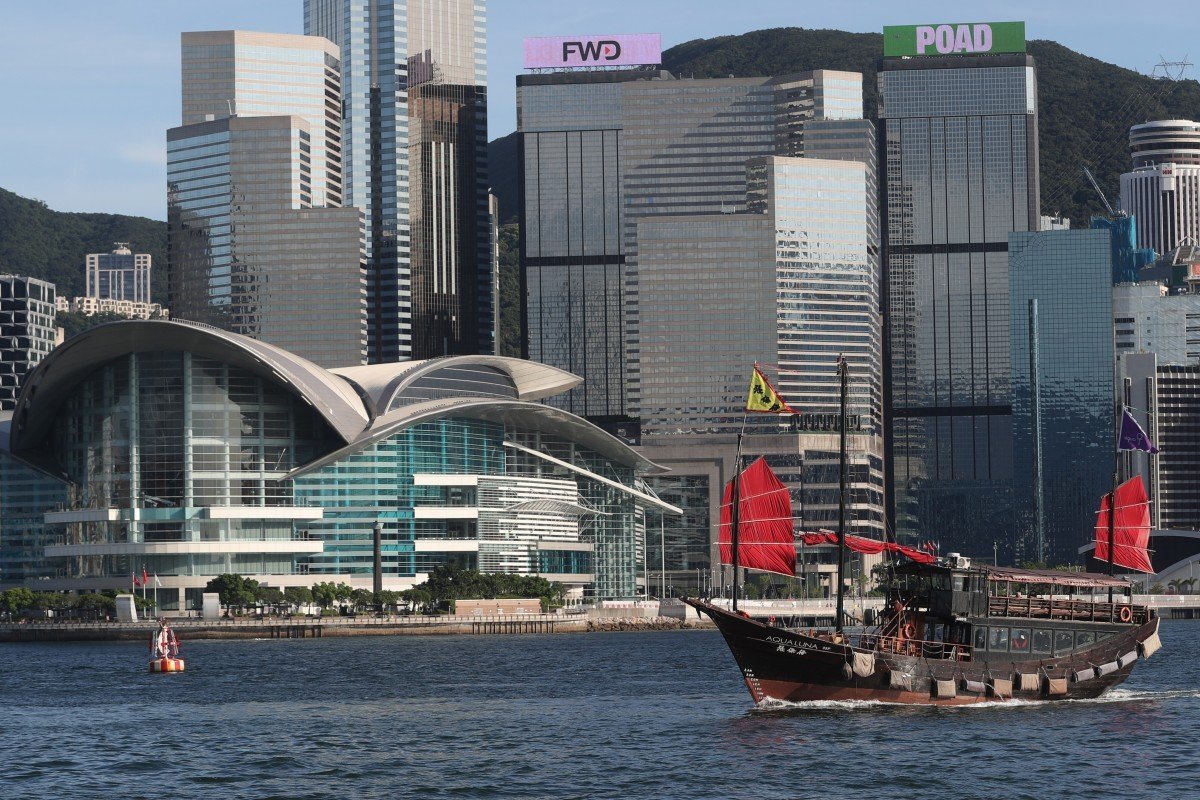 Hong Kong’s income has grown more than expected this year because of a strong financial market, despite the impact of the US-China trade war, civil unrest, the coronavirus pandemic, and US sanctions, Chief Executive Carrie Lam Cheng Yuet-ngor said on Tuesday.

Speaking before the first meeting of her Executive Council after a shortened summer break, Lam said stamp duty from stock trading jumped 40 per cent in the first seven months of this year, from the same period in 2019, on the back of a strong pipeline of initial public offerings on Hong Kong Exchanges and Clearing.

In the second quarter, the city’s GDP shrank 9 per cent year on year, following a 9.1 per cent decline in the first quarter – the deepest for a single quarter since records began in 1974.

“The GDP performance is not unique to Hong Kong as we have seen double-digit contraction in regional markets such as Singapore, Malaysia and Thailand,” Lam said. “Hong Kong is under the triple whammy of the US-China trade war, social unrest, the pandemic, and US-China tensions and sanctions recently.”

She said social-distancing rules and the closure of all but three border checkpoints dealt a heavy blow to the economy since the outbreak of the pandemic in January.

Hong Kong has emerged as a pawn in the ballooning tensions between Washington and Beijing, with President Donald Trump’s administration sanctioning the city for China’s decision to impose a national security law in June.

As part of the sanctions, Trump cancelled privileges the city previously enjoyed under the Hong Kong Policy Act of 1992, while imposing economic sanctions on Lam and 10 other Hong Kong and mainland officials for having a hand in the legislation.

“But the financial market is stable and ordered, the Hong Kong dollar is strong, there is no sign of capital outflow and the stock market is doing well.”

She said the income from stamp duty, a key source of the city’s revenue in addition to stamp duty from real estate transactions and taxes, had grown stronger than the government forecast so far this year. During the first seven months, daily turnover of the stock market was 40 per cent higher at HK$124.8 billion (US$16 billion).

Lam pointed out that the city’s stock market was the world’s third largest, with HK$132 billion in funds raised in the year to date.

The government expected a record deficit in the 2020-2021 financial year after forking out HK$290 billion in measures to ease the pain from the pandemic. On Tuesday, Lam said a fresh round of relief packages was due imminently.

She said the government expected to divulge the latest unemployment figure, which she was “not optimistic” about.

In the three months between April and June, the city’s unemployment rate rose to 6.2 per cent, the highest in 15 years.