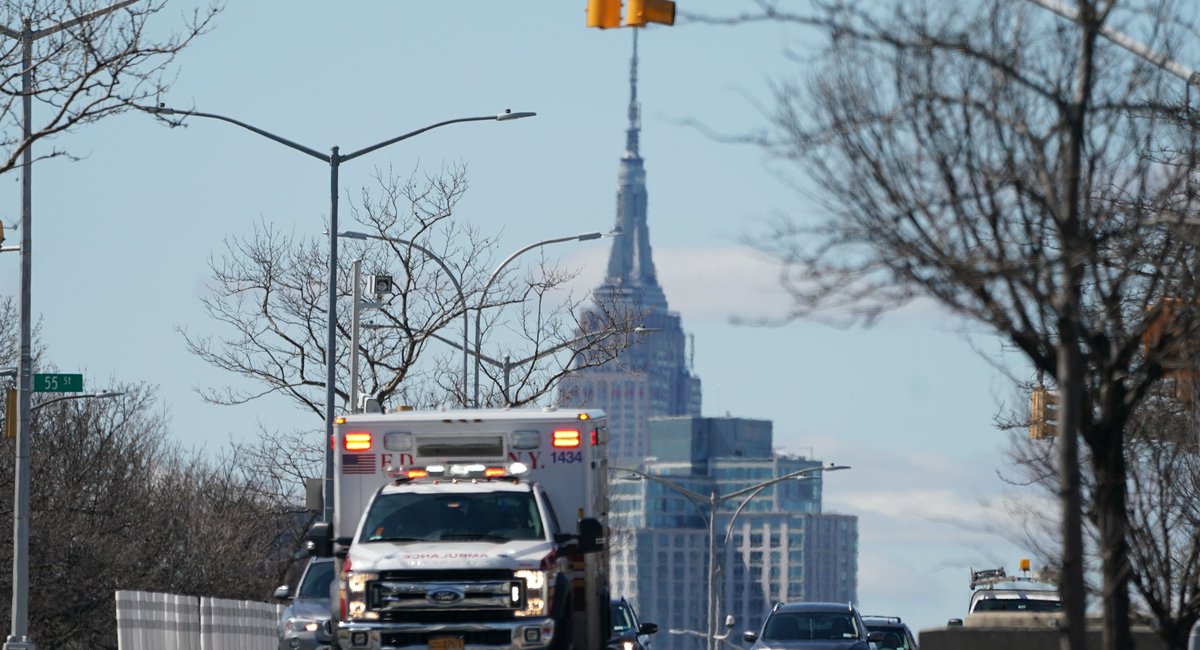 Deaths at home hit record numbers, but they’re not all counted in the official coronavirus toll.
If you die at home from the coronavirus, there’s a good chance you won’t be included in the official death toll, because of a discrepancy in New York City’s reporting process.

The problem means the city’s official death count is likely far lower than the real toll taken by the virus, according to public health officials.

It also means that victims without access to testing are not being counted, and even epidemiologists are left without a full understanding of the pandemic.

As of Monday afternoon, 2,738 New York City residents have died from ‘confirmed’ cases of COVID-19, according to the city Department of Health. That’s an average of 245 a day since the previous Monday.

But another 200 city residents are now dying at home each day, compared to 20 to 25 such deaths before the pandemic, said Aja Worthy-Davis, a spokeswoman for the medical examiner’s office. And an untold number of them are unconfirmed.

That’s because the ME’s office is not testing dead bodies for COVID-19. Instead, they’re referring suspected cases to the city’s health department as “probable.”

“If someone dies at home, and we go to the home and there [are] signs of influenza, our medical examiner may determine the cause of death was clearly an influenza-like illness, potentially COVID or an influenza-like illness believed to be COVID,” said Worthy-Davis. “We report all our deaths citywide to the health department, who releases that data to the public.”

But the health department does not include that number in the official count unless it is confirmed, a spokesman said.

“Every person with a lab confirmed COVID-19 diagnosis is counted in the number of fatalities,” the spokesman, Michael Lanza, said in an email. He said the city's coronavirus death tally does not break down who died at home versus who died in a hospital from the virus.

“While undiagnosed cases that result in at-home deaths are connected to a public health pandemic...not all suspected COVID-19 deaths are brought in for examination by OCME, nor do we provide testing in most of these natural at-home deaths,” Lanza said.

Typically, when someone dies at home, a loved one, acquaintance or neighbor calls the police or 911. First responders call in the medical examiner, who conducts a review to determine if there was foul play, then records a cause of death.

Worthy-Davis could not immediately provide a tally of how many “probable” COVID-19 deaths have been referred to the Health Department. The health department also could not provide the number of “probable” COVID deaths certified by OCME.

If a person had been tested before death, that record would be passed along, said Worthy-Davis. But testing protocols have generally excluded victims who are not hospitalized.

Statistics from the Fire Department, which runs EMS, confirm a staggering rise in deaths occurring at the scene before first responders can transport a person to a hospital for care.

The FDNY says it responded to 2,192 cases of deaths at home between March 20th and April 5th, or about 130 a day, an almost 400 percent increase from the same time period last year. (In 2019, there were just 453 cardiac arrest calls where a patient died, according to the FDNY.)

That number has been steadily increasing since March 30th, with 241 New Yorkers dying at home Sunday — more than the number of confirmed COVID-19 deaths that occurred citywide that day. On Monday night, the city reported 266 new deaths, suggesting the possibility of a 40% undercount of coronavirus-related deaths.

A spokeswoman for Mayor Bill de Blasio did not return a request for comment about the difference between probable and confirmed COVID-19 deaths. But the discrepancy troubled public health authorities and local elected officials.

“There’s no doubt we’re undercounting,” said City Councilman Mark Levine, who chairs the city’s Health Committee. “If the person had a confirmed test result before death then they were marked that was the cause of death on the death certificate. If someone did not have a confirmed test but it appears they had the symptoms, then OCME will flag them as a ‘possible’ [COVID death]. It’s unclear to me whether those are being counted in our total stats.”

Dr. Irwin Redlener, the director of Columbia University's National Center for Disaster Preparedness, called the discrepancy “a subset of the whole testing fiasco.” He said the city should be testing dead bodies and reporting the results.

“This difference between the [Medical Examiner] and the Health Department, that’s something that needs to be resolved urgently, that’s not okay,” Redlener said. “They have to be on the same page.”

Redlener said the city should also be tracking other deaths that occur as collateral damage.

“[People] may be dying because of reduced care for other non-COVID diseases” like diabetes, heart attacks or other chronic conditions, Redlener said. “Those to me, should be somehow tallied as we’re looking at the death toll of COVID.”

Meanwhile, city and hospital morgues and refrigerated trucks used to supplement them are nearing capacity, and first responders continue to answer unprecedented numbers of 911 calls every day. They’re averaging more than 6,400 a day over the last 11 days, compared to 4,500 before the pandemic, according to union officials.

To alleviate pressure on hospitals, last week the council that oversees emergency responders told paramedics and EMTs to try to revive a person whose heart has stopped beating in the field. If they can’t do so, the person is not taken to a hospital for further care.

“We had one lieutenant in his 16-hour tour respond to 11 cardiac arrests, which is beyond abnormal,” said Michael Greco, vice president of Local 2507, the union representing the Fire Department’s EMTs and paramedics. On Sunday, they fielded 187 calls for cardiac arrest, where they would have to try to revive people on site. They used to get 20 of those a day, he said.

“None of us were trained for this,” he said. “None of us signed up for this.”
#COVID-19  #Covid  #Coronavirus
Add Comment