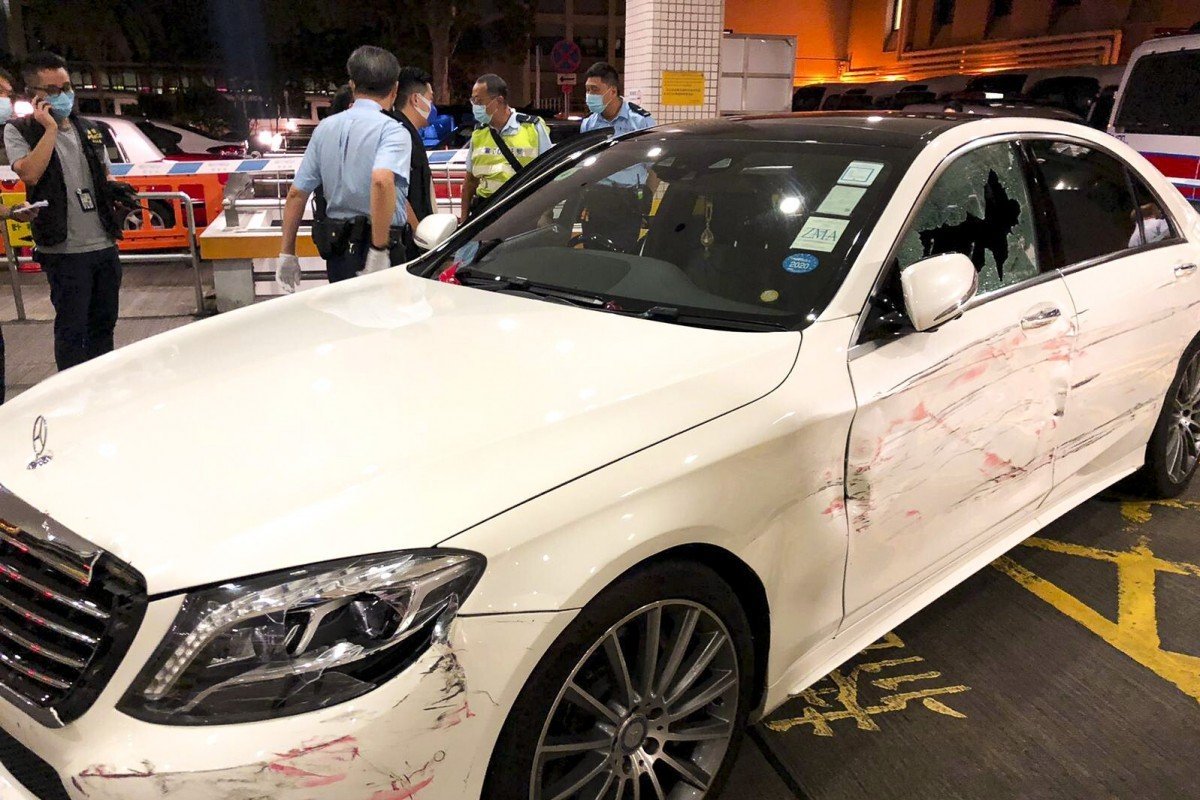 Spotlight back on Hong Kong triads after dramatic shooting

Recent cases include suspected faction leader shot in chest at close range and driving himself to hospital.

A suspected triad faction leader in Hong Kong was shot in the chest at close range in a movie-style gangland hit in the early hours of Tuesday. The 45-year-old man was attacked by a motorcycle hitman while he was driving his Mercedes-Benz outside Victoria Mall in the city’s busy shopping district of Tsim Sha Tsui.

According to police sources, the man, who survived the gunshot after driving himself to hospital, is thought to be a high-ranking member of the Wo Shing Wo triad. The gunman is still at large.

The dramatic incident has cast the spotlight back on triads, a staple in gangster and police flicks during the golden age of Hong Kong cinema.

The Post takes a peek into the city’s notorious underworld: 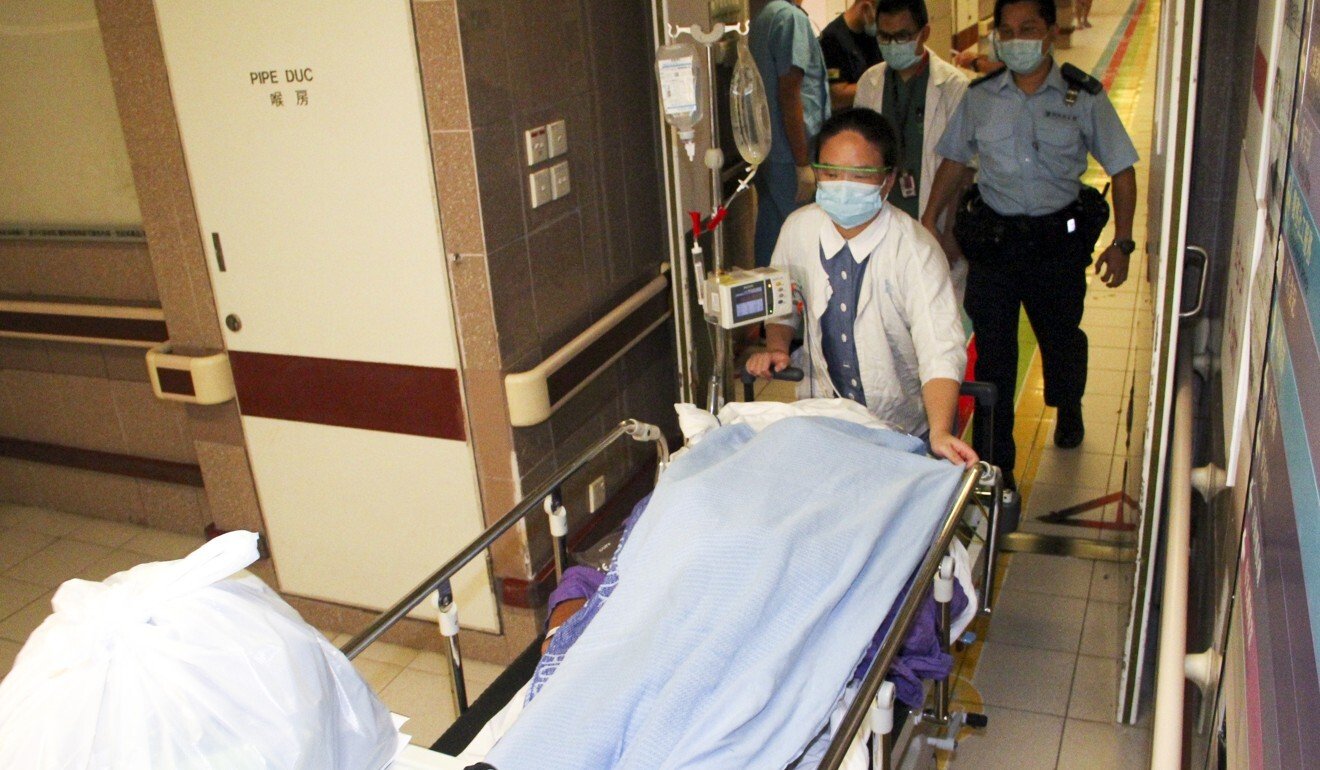 A man suspected to be a triad leader drove himself to hospital after being shot in the chest at close range.

1) What triggered the gangland hit?

A money dispute between two factions of the same triad society is believed to have sparked the attempted murder, according to police sources. Officers are investigating if the dispute was linked to illegal activities, such as cross-border smuggling, in which the victim was allegedly involved.

The suspected faction leader drove himself to hospital – hitting three taxis along the 1km drive for his life – after being shot while his vehicle was at a traffic light in Tsim Sha Tsui, soon after midnight on Tuesday.

The Post learned the man had a lucky escape after being hit with a 9mm bullet in a rib near his heart. He is in stable condition in hospital after the bullet was removed during emergency surgery. 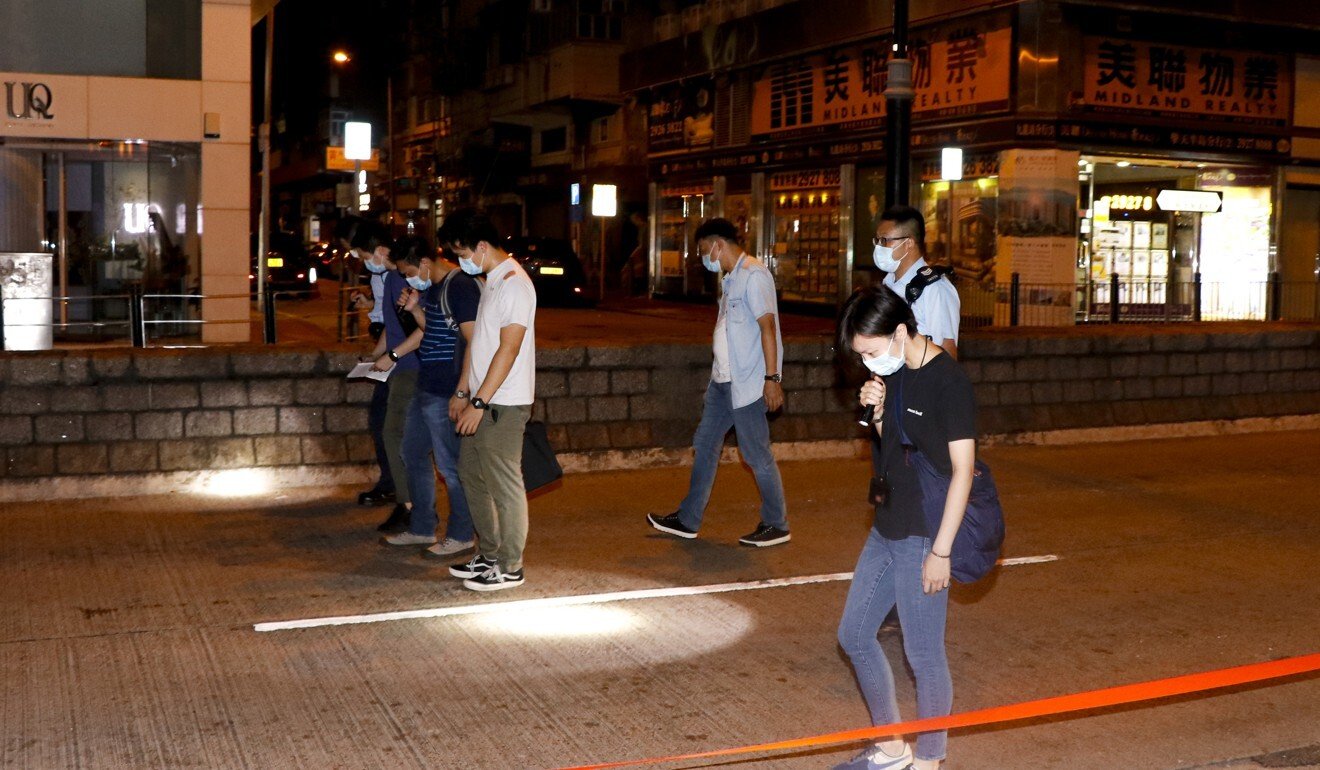 Police comb Austin Road for evidence after the shooting

2) Is Wo Shing Wo one of the major triad societies in Hong Kong? Which are the others? Where are their strongholds?

The group, along with the Sun Yee On, 14K and Wo On Lok gangs, are the major triads in Hong Kong.

The Wo Shing Wo is indigenous to Hong Kong. It was first active in Tsuen Wan, but its influence has spread to Kowloon West, Yuen Long, Sheung Shui and Fanling.

One of its main rival gangs is the Sun Yee On, which was founded by Chiu Chow and Hoklo immigrants from northeastern Guangdong who speak a Fujianese dialect. Tsim Sha Tsui East is its traditional stronghold, but its influence extends to areas including Wan Chai, Tuen Mun, Kwun Tong and Tseung Kwan O.

Formed by a Kuomintang general in the 1940s, the 14K triad has a long history in the city and is active in Yau Ma Tei, Sham Shui Po, Yuen Long, Wong Tai Sin and Wan Chai.

Wo On Lok, also known as Shui Fong, was originally based in Sham Tseng. It is now active in West Kowloon.

3) For how long have they existed in the city?

Triad societies originated in the 17th century in mainland China when a group of people, known as the Hung Mun, came together in an attempt to overthrow the ruling Qing dynasty.

By the 20th century, the group began to break up into smaller gangs, based across China. In 1949, the Communist Party came to power, prompting many gangs to flee to Hong Kong, as well as to Macau and Taiwan, and further overseas.

4) Is warfare among and within triad groups common in Hong Kong?

Fighting is common, especially clashes erupting over businesses or a change in henchmen within factions, according to a force insider. “They usually have conflict with one another due to turf wars, or one triad society or faction operating a business in the area of another,” he said.

“Things will be resolved only after settlement talks. Conflict is bad for their business. But if a matter cannot be resolved, it will escalate.”

Tuesday’s shooting echoed a 2006 case in which three suspected triad members were wounded in Tsim Sha Tsui when two men approached the group and one fired four rounds from a shotgun. His companion was carrying a pistol but did not open fire. The shoot-out was believed to be part of an escalating turf war between Wo Shing Wo and Wo On Lok.

Another high-profile triad-related attack occurred in 2009, when Lee Tai-lung, the Tsim Sha Tsui faction leader of the Sun Yee On triad, was hit by a car outside a hotel in Tsim Sha Tsui East and hacked to death in an ambush that stemmed from a long-running feud between the Wo Shing Wo and Sun Yee On.

5) What illegal activities do they usually engage in?

Operations include drug trafficking, gambling, prostitution and extortion, as well as loan sharking and cross-border smuggling.

“They fill a gap or provide a service that the government doesn’t,” one police source said. “If there is demand, triads will try to take advantage of it.” 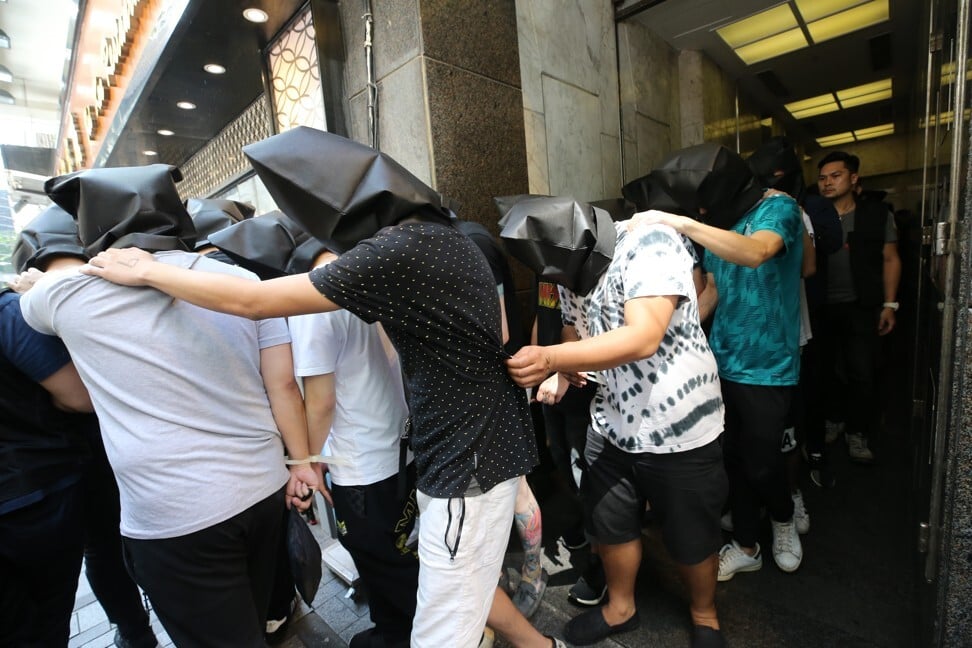 Thirty-nine people, including some suspected triad members, are rounded up at a bar in Tsim Sha Tsui in 2018.

Said another source: “Nowadays, making money is always their primary priority. They don’t even mind teaming up with rival gangs to do business.”

In the first half of this year, police handled 748 cases of triad-related crimes across the city.

6) Have their illegal activities been affected during the coronavirus pandemic?

Every business suffers under Covid-19, according to another source. He said triad-run entertainment venues such as pubs, mahjong parlours, games centres and saunas had been suspended under social-distancing rules.

Despite the regulations, some triad gangs continued operating unlicensed pubs and illegal gambling dens to generate income, but those premises were closed down by police. In April, officers rounded up 91 people found crammed into a 1,000 sq ft unlicensed pub controlled by the Wo Shing Wo triad.

To exploit income sources, the source said gangs had increased cross-border smuggling activities with major checkpoints closed amid the pandemic.

Up to September 9 this year, the total value of items seized in 51 cross-border maritime smuggling cases reached HK$358 million (US$46 million), more than doubling the value of goods seized for the whole of last year, according to the Customs and Excise Department. The hauls included dried seafood, birds nest, electronic products, whisky, cigars, clothing, handbags and shoes as well as pet dogs and cats.

Other crimes such as loan fraud, as well as phone and online scams, have also increased this year and some of these are triad related, according to the source.

7) Why can’t police uproot them?

“It’s like a pyramid. Once the leader is removed, there will be a second-in-command to take over,” a high-ranking officer said, on condition of anonymity.

Noting also that triads had been more alert to undercover police agents, he said: “Our operations usually only result in the arrest of middle-ranking members. Their prison terms are only a few years and then they are out again and can resume their position.”

“Public demand” is the reply from another officer. “Many people want easy sex, drugs, gambling and quick loans,” he said of the niches that triads exploit.

Fighting triads counts as one of the police commissioner’s operational priorities in 2020, according to the force’s website.

“Police will target triad personalities and activities, in particular those that exploit youths, by mounting intelligence-led and undercover operations,” the force said.