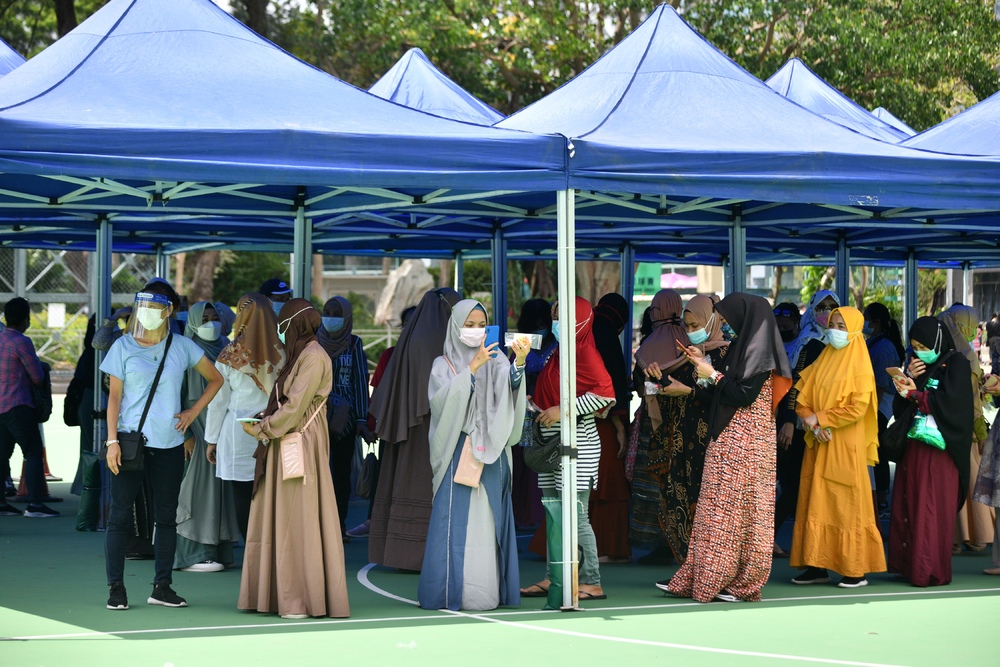 The Labour Department conducted spot checks on a total of 3,539 foreign domestic helpers and found the vast majority to have complied with the compulsory testing notice.
The government earlier requested all helpers to undergo compulsory testing from May 1 and 9 after detecting a mutant strain variant of Covid-19 in the city. Only those who have received two doses of vaccine for 14 days are exempted from the test.

Officers conducted spot checks on 3,539 helpers and found most of them had complied with the compulsory testing notice. They thanked helpers for their understanding and cooperation.

There were 20 helpers whose testing or vaccination records required further verification and their cases will be followed accordingly, the department added.

The government also reminded helpers to strictly observe the social distancing measures, and to avoid gatherings, food sharing and other social activities on their rest days to safeguard their personal health.

They added that all helpers in the city have to undergo the second round of compulsory testing from May 15 to 30, with only fully vaccinated helpers being exempted.

The government warned that any person failing to comply with the compulsory testing order is liable to a HK$25,000 fine and 6-month imprisonment.
#COVID-19  #vaccine  #Covid
Add Comment