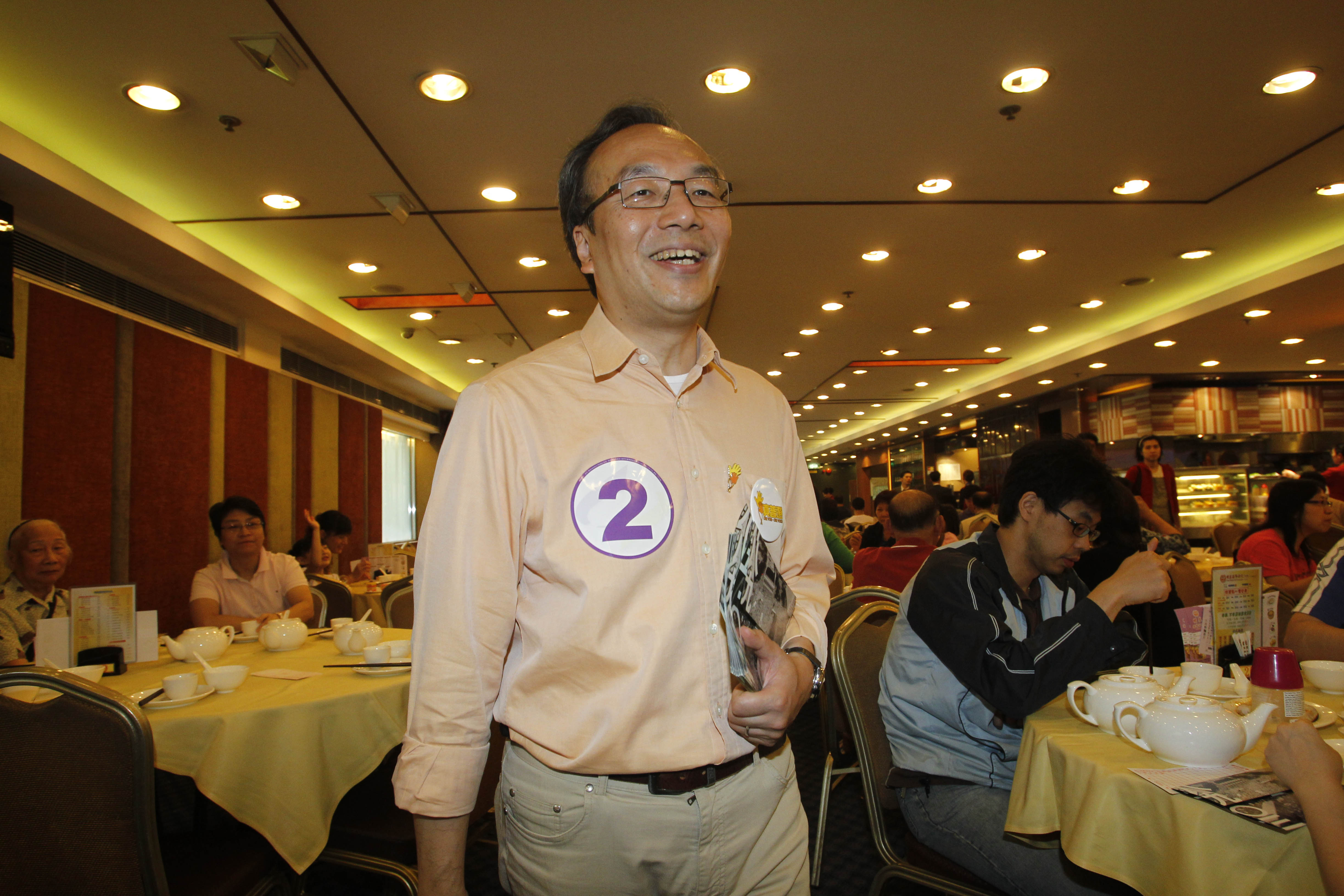 Hong Kong’s pan-democratic lawmakers are debating whether they should accept the government’s offer to extend their terms by a year, following an announcement that the upcoming Legislative Council elections would be delayed because of COVID-19 concerns.

So far, it appears more moderate lawmakers prefer to stay, while younger lawmakers argue for a collective boycott.

Alan Leong, a veteran lawyer and the chairman of the Civic Party, said he did not support a collective boycott. He argued that would leave the pan-democratic force with no representation in Hong Kong politics.

“If we all leave the [council], how are we going to have our voices heard? If international media outlets want to interview you, you don’t even have a [government] title,” he said.

“I think keeping your seat is the responsible thing to do, and it also conveys the message that democratic lawmakers will not escape and not retreat under any circumstance,” he said.

Outspoken businessman Jimmy Lai said he also supported the stance. Lai, whom Hong Kong police arrested recently for allegedly violating the National Security Law for Hong Kong, said only by doing so could the opposition camp stop funding for construction projects such as Lantau Tomorrow Vision, a controversial development estimated to cost at least $80 billion.

Meanwhile, younger activists in the pro-democracy camp have called for their colleagues to quit the legislature to protest the government’s decision to delay elections and extend everyone’s terms.

Eddie Chu, a council member, said if the opposition camp accepted Beijing’s terms, the ruling Communist Party might come up with other reasons to keep extending the legislative elections.

He said on his Facebook page that a collective boycott could effectively convey the message that “the Hong Kong problem is still here” to the international community and pressure Beijing to allow Hong Kong to resume its elections.

Ray Chan, the leader of People Power, another pro-democracy political coalition, indicated he was moving forward with a boycott. He said he had already asked Facebook to get rid of the word “legislator” on his official page.

“As long as you can cast a ‘no’ vote at critical times, and are willing to tell the public how you are allocating resources, then you will have our support,” he said. “Please stop mediating differences at the sacrifice of your principles.”

Analysts say these young activists have long been dissatisfied with the actions by established democrats on the council, accusing them of not fully supporting the democracy movement in Hong Kong.

Benny Tai, a legal scholar and a democracy activist, posted a video Tuesday night on YouTube, urging the two sides to remain united against the influence of the Chinese Communist Party.

In the video, “An Undivided Attitude,” he said the democratic culture inside Hong Kong was not mature yet, and that China’s Communist Party was seizing on this weakness to create conflict within the pan-democratic camp.

“All the parties must adopt a rational attitude, listen to others and practice self-reflection. Let’s avoid misunderstanding, miscommunication and conflict within ourselves,” he said.

He said the goal of both moderate and progressive democrats was the same: bringing real democracy to Hong Kong.

The Hong Kong Public Opinion Research Institute launched a survey Tuesday about whether the opposition camp should extend the Legislative Council terms. The company, which organized the primary elections for pro-democracy candidates in early July, said it would release its findings Friday.