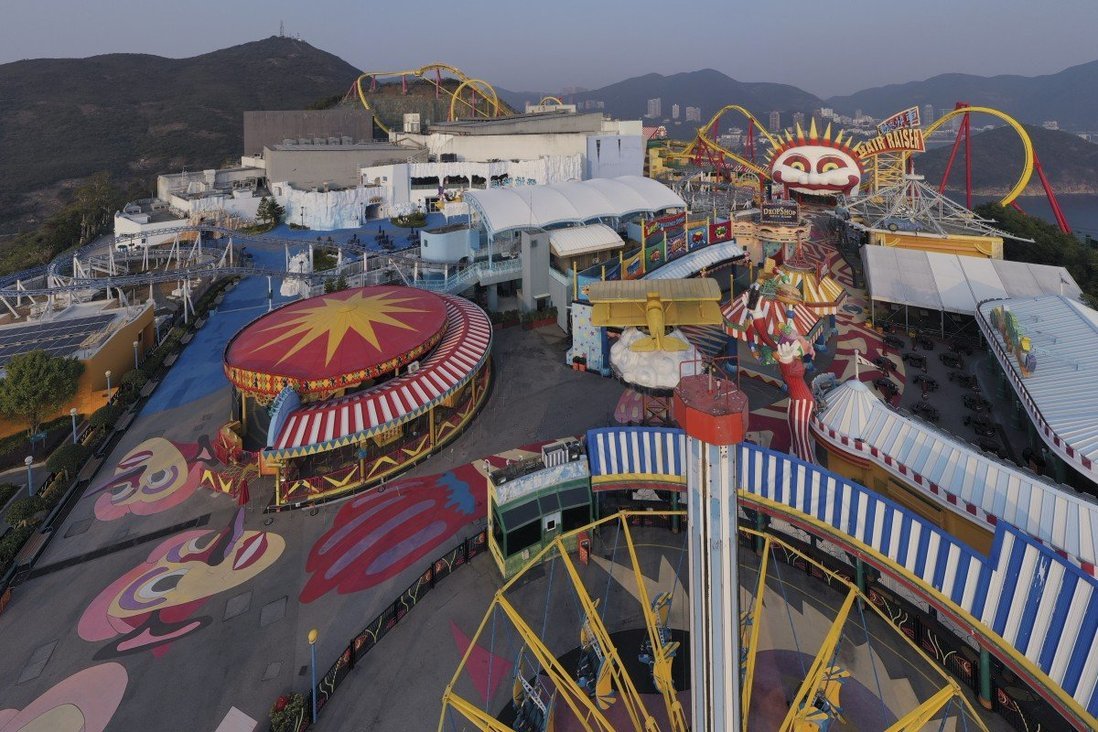 Visitor numbers for Ocean Park are predicted to be lower for most of the coming decade than in the five years before the coronavirus pandemic hit Hong Kong, even if billions of dollars are spent to bail it out.

But analysts said a business strategy that encouraged people to spend money mattered more than the number of visitors who passed through the park’s gates.

The number of non-local visitors to Ocean Park, excluding its new Water World, is also expected to fall to between 1.7 million and 1.8 million in the financial years from 2027 to 2031 – less than half of the average of 3.92 million recorded from 2015 to 2019 – despite an expected recovery in global tourism.

The government’s forecast came after the 44-year-old park, which was given a HK$5.4 billion (US$696.6 million) bailout last year, unveiled its plan last Monday to seek another HK$2.8 billion in taxpayer cash to stay afloat and launch new initiatives, such as revamping its business model by charging fees for individual attractions rather than a single entrance fee. 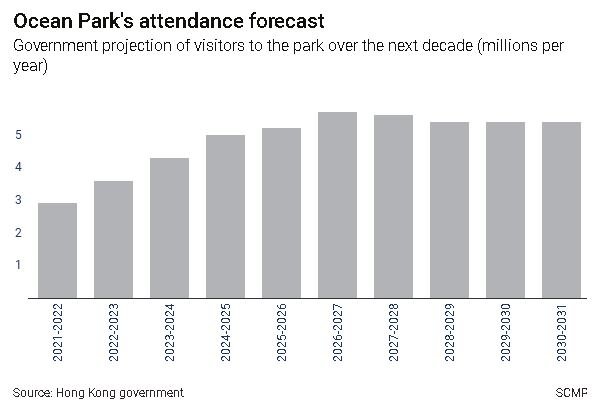 Revealing the estimates in a Legislative Council document on Wednesday, officials also predicted the resort’s revenue, excluding the Water World which is expected to open in August at the earliest, would only exceed previous levels by 2026-27, based on prudent predictions.

Tourism lawmaker Yiu Si-wing said the government forecast was conservative and believed there could be room for further growth in visitor figures.

Yiu said the key to a viable financial status was how much a visitor spent at the park.

“The spending per capita needs to be higher than the previous level of some HK$200 [per person], so that the yield can be higher than in the past, even if visitor volume gets lower,” he said.

Under the theme park’s proposal, an area near the main entrance at Wong Chuk Hang will be turned into a new retail, dining, and entertainment hub by 2026-27, which would be free for the public to visit. Rather than manage the area itself, operations would be put out for tender and private investors would pay rent or part of their revenues to the park.

Some parts of the headland on the summit of Nam Long Shan would be converted into new attractions, with features such as a zip line under consideration.

According to the forecast, visitor volume was expected to drop slightly to 5.6 million in 2027-28, before edging further down to 5.4 million the following year and remaining at the same level for the two years to 2030-31.

Still, the government predicted the park could secure earnings before interest, taxes, depreciation, and amortisation and net cash inflow starting from 2024-25, if it secured the proposed funding and restructured loan arrangements.

“We want to draw some visitors who will really stay and spend money at the park for leisure purposes, but this is not guaranteed,” Chan said.

Simon Lee Siu-po, co-director of the international business and Chinese enterprise programme at Chinese University, was not worried about the lower visitor numbers, the government projected.

Lee said consumers could easily spend several hundred dollars eating out, so the park could break even if it could encourage people to spend more.

He noted the key to success was whether it could operate good retail and catering businesses – an expertise the park lacked.

“If it can find a good team, the revival is possible,” he said.