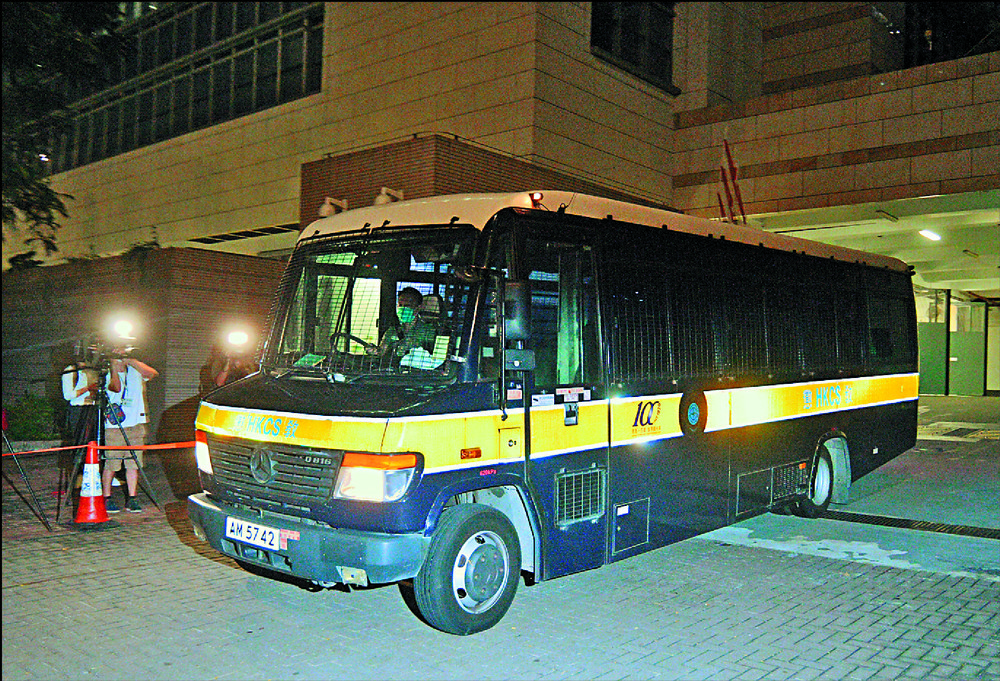 In her opening, Laura Ng Shuk-kuen, senior assistant director of public prosecutions, said the union's manifesto states it would "stand by the silenced and underprivileged to defend universal values including democracy, human rights, and freedom" while urging authorities to respond to protesters' five demands.

As union head, Lai is said to have made a post on its webpage saying the union was founded to "get rid of the attempted intervention in Hong Kong's internal affairs, and make Hong Kong truly owned by us."

In interviews with the now-defunct Apple Daily and online news outlet Independent Media Hong Kong, she is said to have illustrated her union's purposes, one of which was to resist the government's "brainwashing" national education with its own version.

Lai's public speeches, Ng said, showed an admission the series was created based on anti-fugitive protests in 2019 and that the plot reflected social and political events at the time.

The books, she said, told stories of a village of vulnerable sheep, a metaphor for Hong Kong, and another village of brutal wolves, implying the mainland.

The first, Defenders of Sheep Village, illustrated a wolf disguised as a sheep being sent to govern the sheep, which Ng said was a condemnation of the chief executive's position, adding that the story promoted separatism and provoked anti-China moods.

The second, Twelve Warriors of Sheep Village, alluded to the 12 Hong Kong fugitives caught by the mainland when they attempted to flee to Taiwan.

Ng said the book wrongly accused the mainland and Hong Kong of undermining people's freedom while urging Hongkongers to go all out to save the "12 warriors," such as calling for foreign intervention.

The third, Cleaners of Sheep Village, was based on public medics' strike in early 2020, when Covid first broke out.

A fourth book, Ballot Day of Sheep Village, was created to metaphorically depict the primary election by the pan-democracy camp in the Legislative Council election in 2020. But it was never published due to the arrests.

Ng said the books advocated separatism and would lead to betrayal of the country, undermining the SAR's and the country's sovereignty.