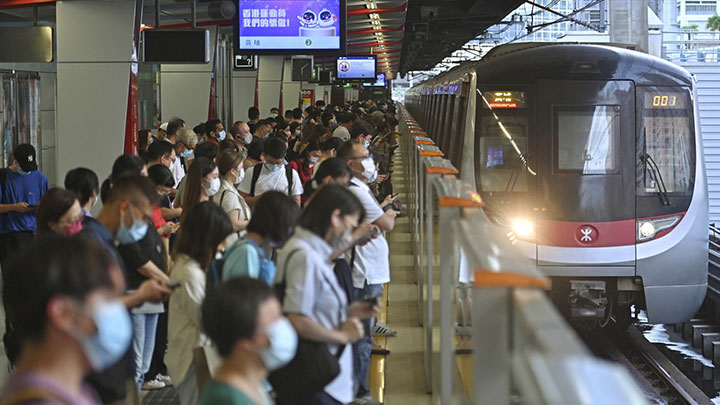 Rail and MTR Bus service frequencies are being increased to peak hour service to meet passenger demand as the Observatory will issue No. 8 Gale or Storm Signal at or before 7.25 pm today.

Passengers are advised to allow additional travel time as crowd management measures may be implemented in some stations.

Routes are operating normally. KMB and LWB are closely monitoring the passenger demand and enhancing services when necessary.

Citybus and NWFB routes are operating normally. Services will be strengthened according to the actual situation to facilitate commuters getting off work.

Due to effect of tropical cyclone, the following ferry services will be or have been suspended.

Click here to view the latest announcement from the Transport Department.