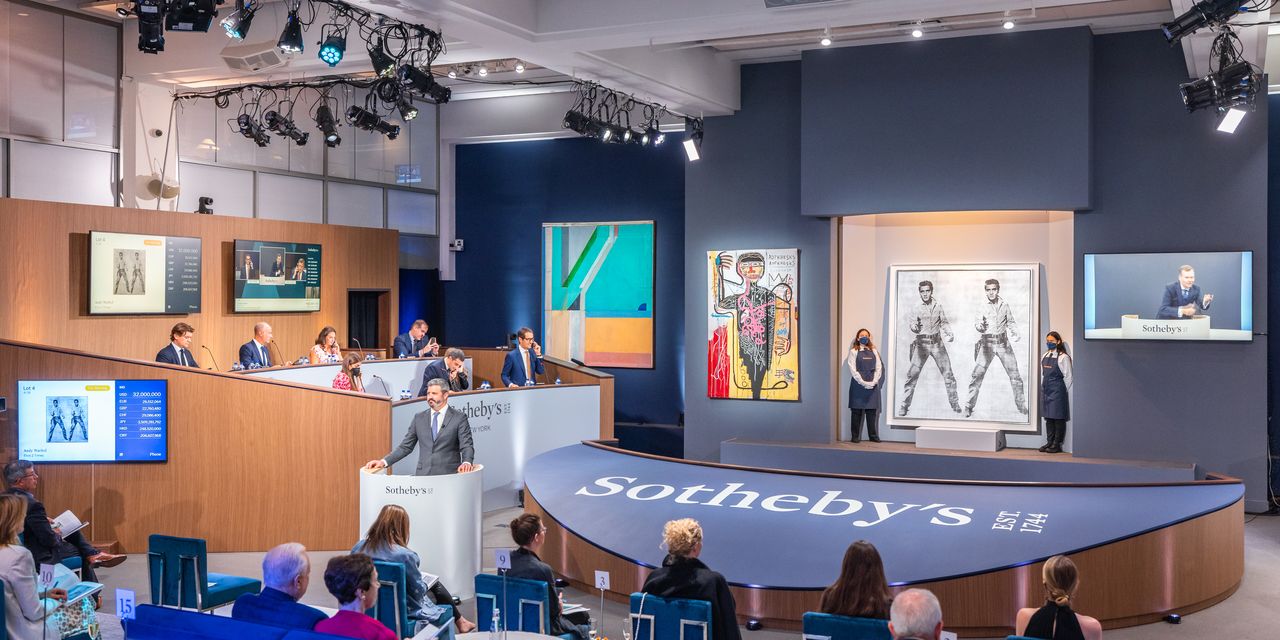 Sotheby’s Fetches US$597 Million Across 3 Sales

A late water lilies painting by Claude Monet achieved US$70.4 million and Jean-Michel Basquiat’s Versus Medici, achieved US$50.8 million during a marathon evening of auctions at Sotheby’s in New York on Wednesday.

Monet’s Le Bassin aux Nymphéas, painted from 1917-19 was estimated to sell in the region of US$40 million. The monumental, richly colored painting, attracted heated bidding over nearly five minutes during the impressionist and modern leg of the sales, ping-ponging between specialists in Hong Kong and New York before it was secured by a buyer on the phone with Gregoire Billault, Sotheby’s incoming chairman of contemporary art at a hammer price of US$61 million.

Versus Medici, 1982, which depicts a dominant Black figure as “an avenging figure of art history,” according to Sotheby’s, was estimated to sell for between US$35 million and US$50 million. After seven minutes of bidding between buyers on the phones with specialists in New York and London, it was sold to a bidder working with Lisa Dennison, Sotheby’s chairman of the Americas. The painting had been in the same private collection for more than 30 years. 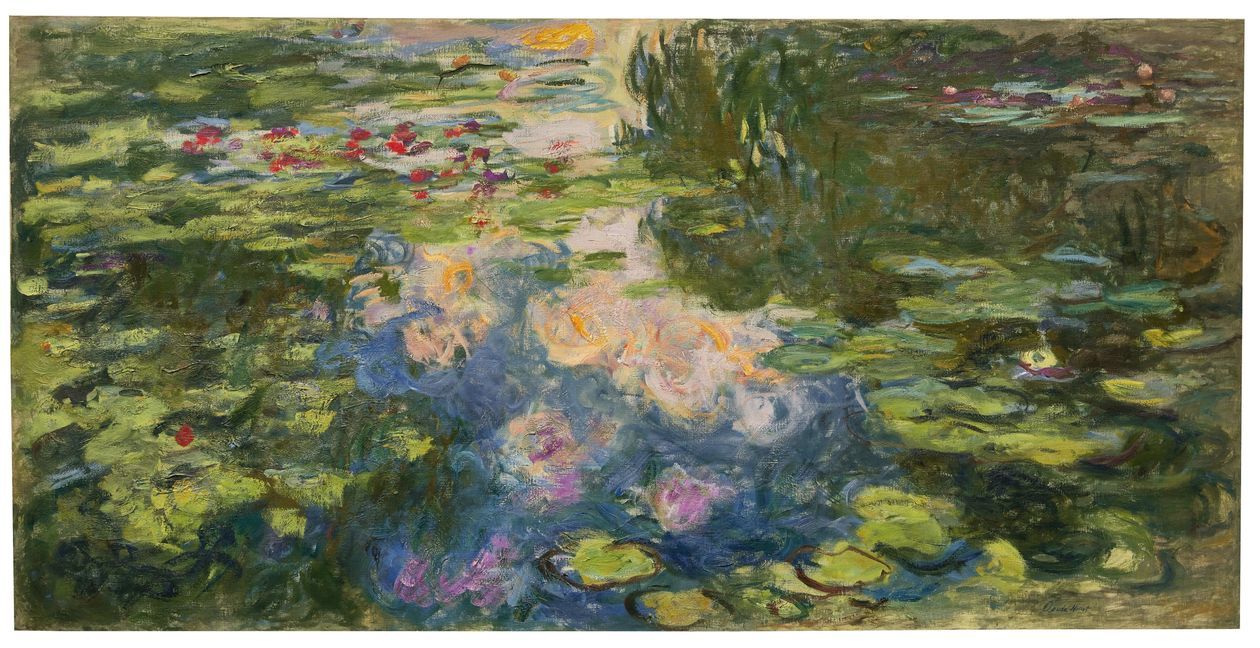 Claude Monet, Le Bassin aux Nympheas, which sold for US$70.4 million at Sotheby's on Wednesday.

It was the second big sale of a Basquiat this week, following Christie’s Tuesday evening auction of the artist’s In This Case, 1983, which sold for US$93.1 million with fees.

In total, three auctions—which included the collection of Mrs. John L. Marion, a contemporary art sale and a sale of impressionist and modern art—totaled US$597 million with 93% of lots sold. The auctions were live-streamed consecutively with specialists on the phones in New York, London, and Hong Kong, although for the first time since the pandemic there were a limited number of bidders in Sotheby’s New York sale room, which had been redesigned for the evening by David Korins —the set designer for the Broadway show of Hamilton.

The evening was marked by several long bidding sessions that at times included many buyers working against one another from across the world, indicating broad enthusiasm at the high end of the art market. Most buyers were on the phones with specialists, although online bidders participated too.

In all there were 11 auction records for artists across the three sales, including records for Leonor Fini, Childe Hassam, a painting by Jeff Koons, Harold Ancart, Kenneth Noland, Larry Rivers, Raymond Pettibon, Elizabeth Peyton, and Salmon Toor.

Among the new records was also Robert Colescott’s George Washington Carver Crossing the Delaware, 1975, which was secured by The Lucas Museum of Narrative Art in Los Angeles, Calif., for US$15.3 million with fees. The price was more than 16 times the artist’s previous auction record, and was achieved after a seven-minute bidding session for this reframing of Emanuel Leutze’s Washington Crossing the Delaware, 1851.

The museum was founded by filmmaker George Lucas and his wife, Mellody Hobson, co-CEO of Ariel Investments.

In another highlight, Cy Twombly’s Untitled (Rome), from the artist’s Blackboard series, sold in less than two minutes for US$41.6 million during the contemporary sale. The painting had been in the same private collection for 30 years.

The fiercest bidding of the night was for Banksy’s Love is in the Air, which sold for a hammer price of US$11 million—US$12.9 million with fees—after a 15-minute bidding battle. The estimate for the painting rendered in spray paint and oil on canvas was US$3 million to US$5 million.

Sotheby’s is allowing the buyer of the Banksy to pay in cryptocurrency, which it says is a first for an auction house involving a physical artwork. Sotheby’s did not say whether the anonymous buyer will actually do so, however.

Bidding throughout the night often included several potential buyers, with many key works by contemporary and impressionist stalwarts being snapped up eventually by bidders out of Asia, according to Sotheby’s.

Richard Diebenkorn’s Ocean Park #40, 1971, fetched an auction record for the artist of US$27.3 million with fees, after nearly five minutes of bidding. The painting was last bought at Sotheby’s in 1990 for US$880,000.

Gerhard Richter’s Abstraktes Bild, sold to a buyer in Asia for US$23.2 million, above an estimated range between US$14 million and US$18 million.

In the impressionist and modern sale, Pablo Picasso’s Femme assise en costume vert, an image of the artist’s partner for a decade, Françoise Gilot, achieved nearly US$21 million with fees, going to a buyer on the phone with a specialist in Hong Kong. The work had last been seen at auction in December, 1986, at Sotheby’s in London selling for US$568,000.