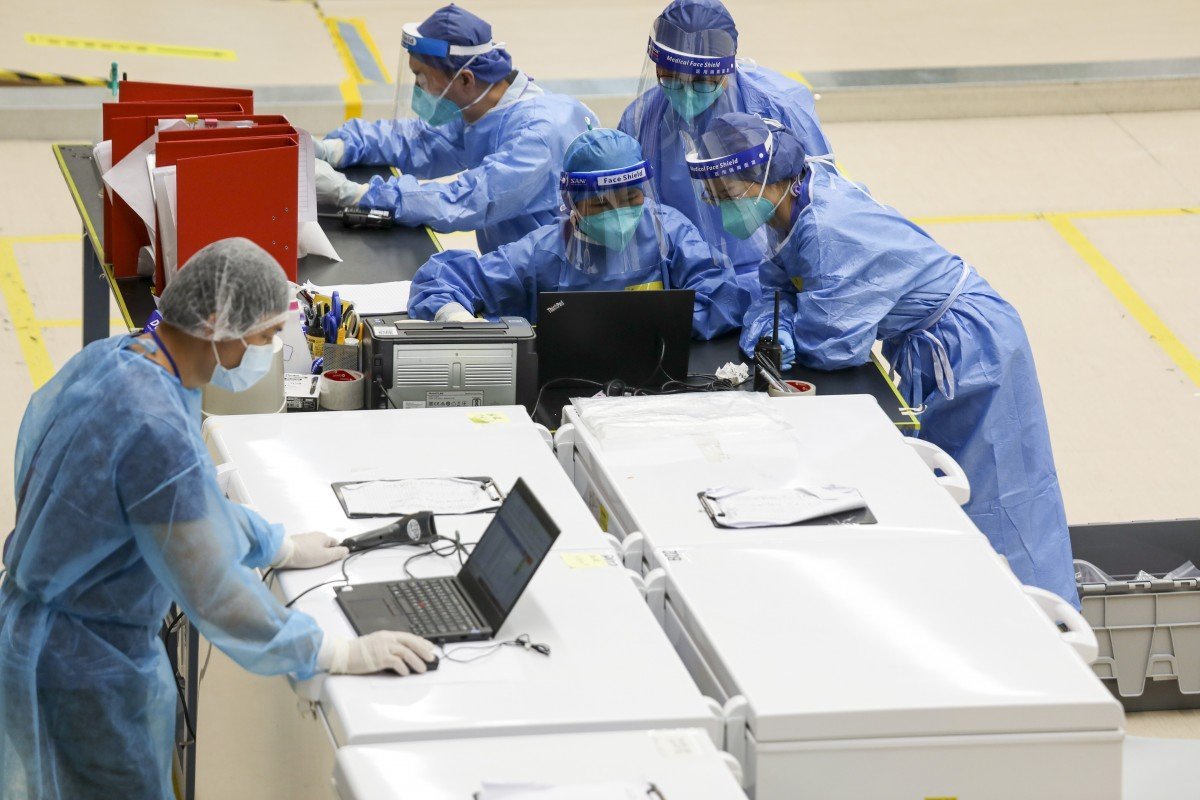 Deng Yanqin, a member of mainland support team, said she and her colleagues worked 12-hour shifts a day initially, with their working hours later reduced to eight hours a day – sans bathroom breaks.

“To raise efficiency, team members put on diapers so that they could stay in makeshift laboratories for eight consecutive hours,” she said during a group interview with the Post and a handful of other Hong Kong media outlets on Saturday.

Deng, who came from the Fujian Center for Disease Control and Prevention, is one of the 600-member support team sent to Hong Kong to operate lab facilities for the mass testing programme. 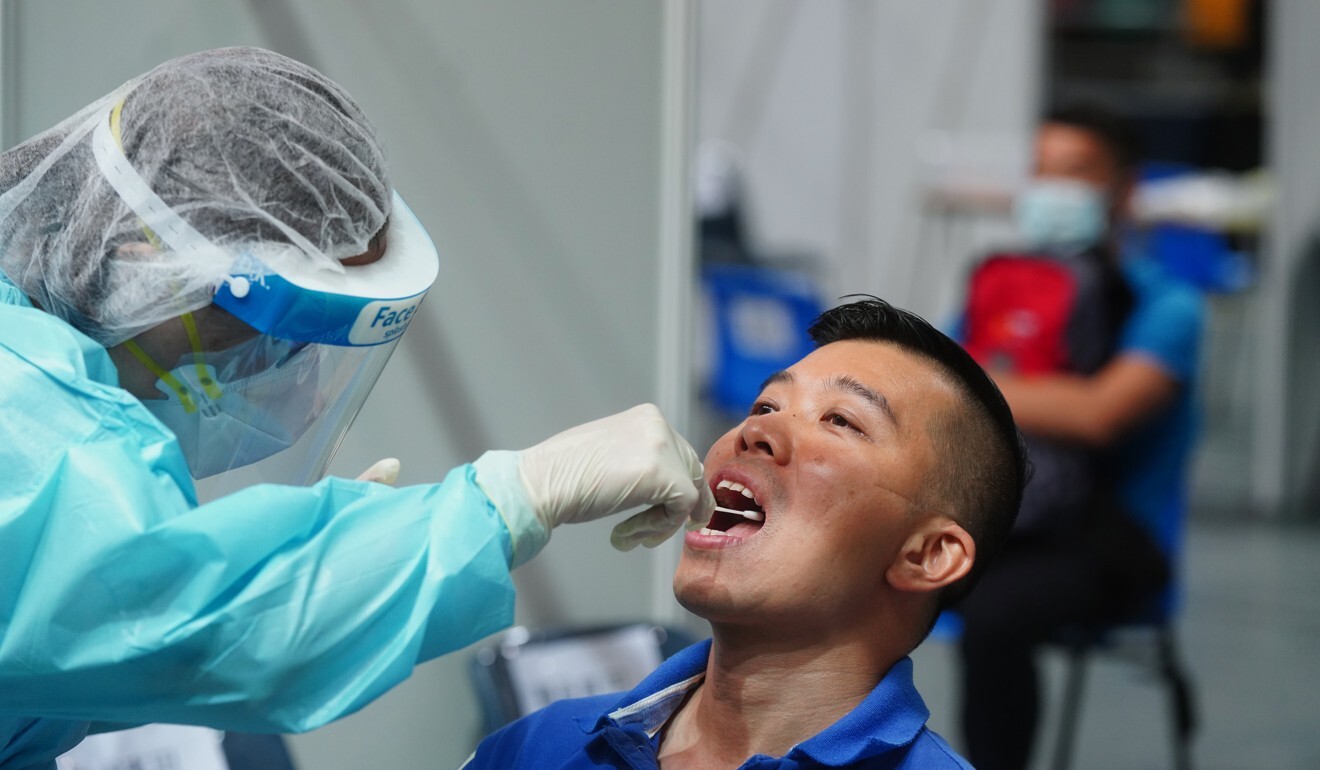 She said team members were divided into about a dozen groups specialising in different procedures.

The city launched the testing scheme – free for the city’s more than 7 million people – on September 1 in hopes of tracking down invisible transmission chains amid a fierce but dwindling third wave of coronavirus infections.

“Many team members have suffered muscle soreness in their shoulders and hands because of long working hours,” Deng said. “But they insist on carrying on their work despite the soreness.”

As of 8pm on Saturday, more than 1.6 million specimens, representing 21.5 per cent of the city’s 7.5 million residents, had been tested under the programme, which has uncovered 23 cases so far.

Earlier this week, the government decided to extend the programme for three days, until Monday, across 57 sample collection centres.

Deng said she was impressed by the support of Hong Kong residents.

“They sent emails, cartoons and flower baskets to us in appreciation of our work,” she said.

“I feel the warmth from what they did. I’m confident that Hong Kong can contain the coronavirus given the support from the city’s residents.”

The positive feedback Deng recalled stood in stark contrast to the publicly negative reactions to the first batch of mainland support teams who arrived in Hong Kong early last month.

Similar scenes took place on August 7, when the government revealed it was building a temporary lab at Sun Yat Sen Memorial Park for the mainland experts to carry out virus tests, with a group of opposition district councillors again showing up to protest. 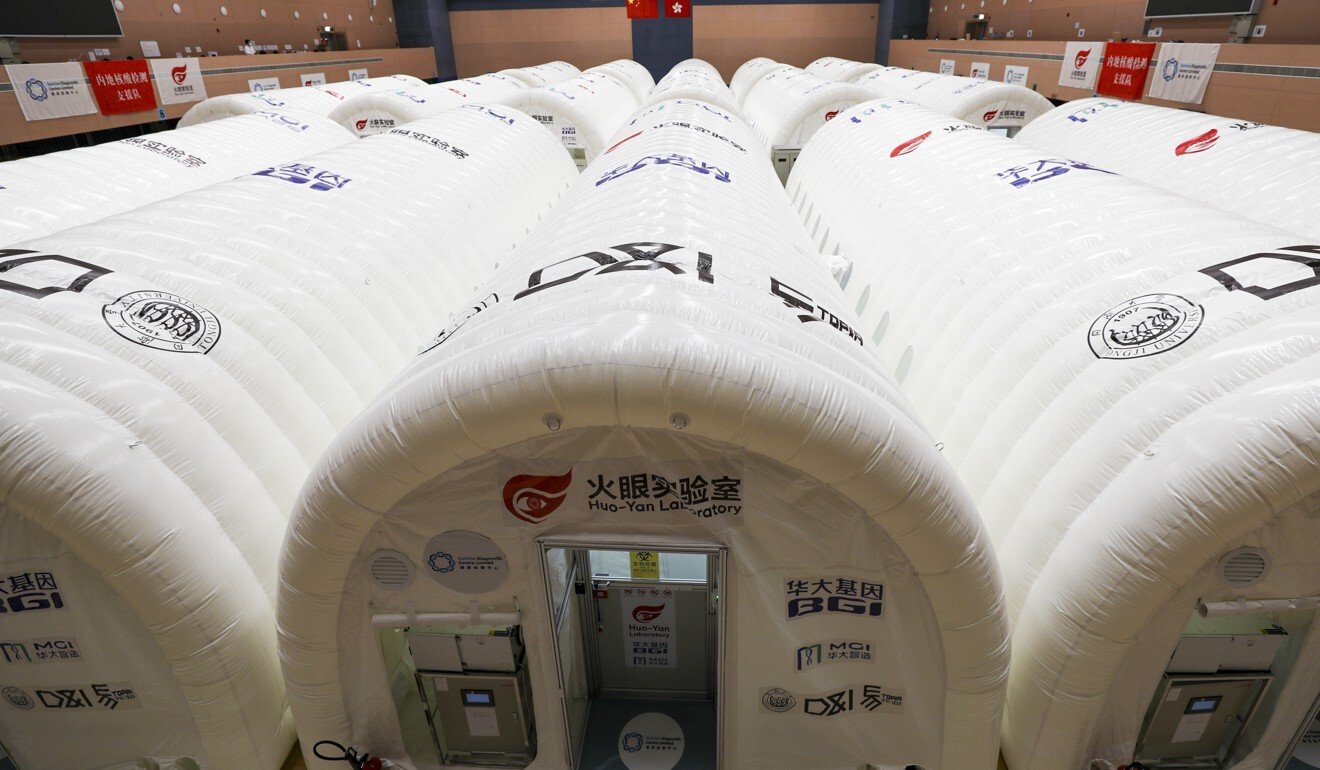 Analysts said they were not surprised that the scheme had become politicised – as with almost any issue involving the mainland – with the news of mainland assistance coming as the city was still reeling from the roll-out of the sweeping, Beijing-imposed national security law.

Beijing’s Hong Kong and Macau Affairs Office and its liaison office in the city, meanwhile, have lashed out at critics
questioning the pandemic help provided by mainland authorities, pointedly referring to the national security law, and accusing them of “slandering” the cooperation.

Hong Kong recorded 13 new Covid-19 cases on Saturday, extending its run of fewer than 20 daily infections to a sixth day, while also reaching the grim milestone of 100 deaths.