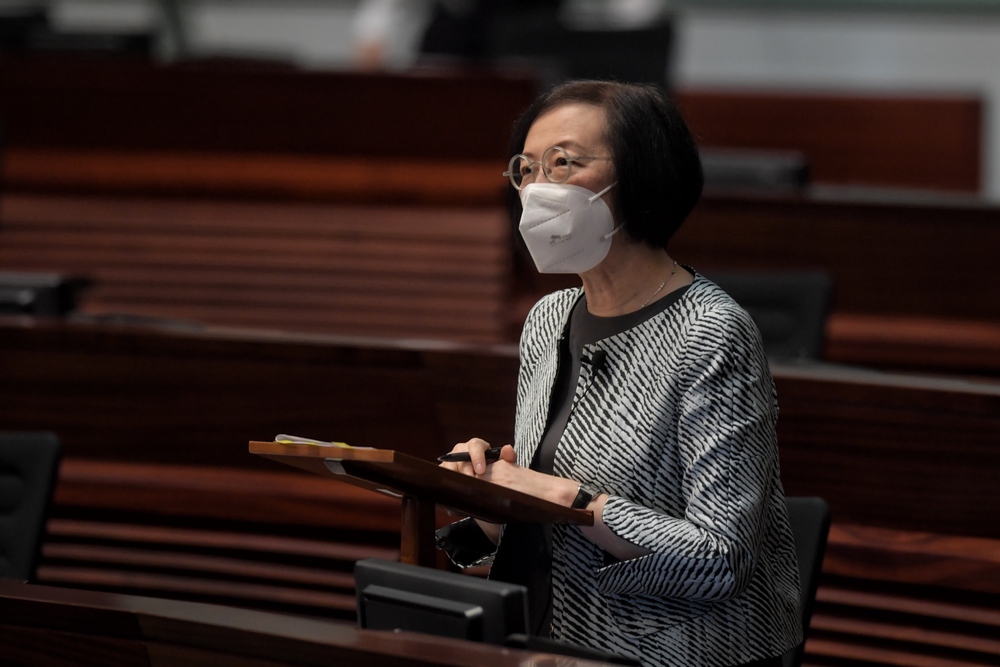 Sophia Chan fires back at experts over necessity of vaccine pass

Secretary for Food and Health Sophia Chan Siu-chee defended the necessity of the vaccine pass arrangement and fired back at certain health experts for labeling the requirement as a threatening policy.
Sophia Chan’s comments came after two University of Hong Kong experts, Benjamin Cowling and Chan Tak-kwong, published an article in the Chinese newspaper Ming Pao Monday and called on the government to spare citizens aged below 60 from the vaccine pass.

The two HKU experts also said the policy itself is no different from mandatory vaccination as it involves citizens’ everyday life, including going to school or work.

On Friday, the health chief responded to the matter by publishing another article on Ming Pao, saying that the vaccine pass is a necessary anti-Covid measure that helps the city return to normalcy.

Sophia Chan continued that the effectiveness of the policy and the public’s interest must be factored in when addressing public health policies.

In her article, the health chief also recalled the benefits of receiving Covid shots, including reducing the chances of developing severe illnesses and the death rates.

She continued that the government must build a firm immunity barrier for the whole society to protect the vulnerable, especially elderly and chronic disease patients, instead of focusing on the balance of advantages and risks for an individual.

The policy serves to prevent the healthcare system from being overwhelmed in case the pandemic development rebounds, according to Sophia Chan.

She pointed out that exempting younger age groups -- who do not benefit most from Covid jabs -- from the vaccine pass contradicts its original purpose and is unfair to people who have not received the shots.

The health chief, in the end, challenged the experts that labeling the vaccine pass a “threatening policy” would reduce citizens’ willingness to get the jabs and raise inappropriate concerns over the vaccine.

She called on citizens eligible for the booster jab to get their shots as soon as possible ahead of phase three of the vaccine pass requirement on May 31.
#vaccine  #Covid
Add Comment