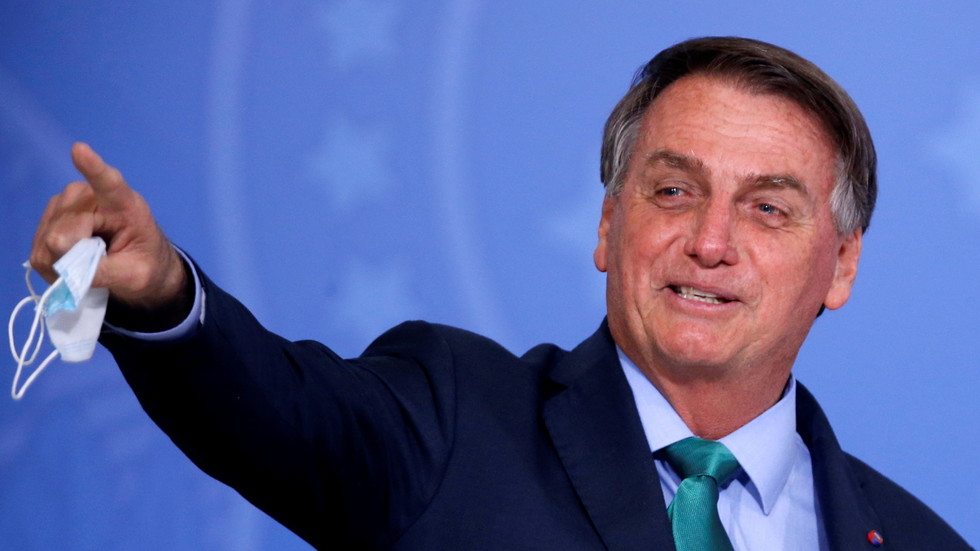 President Jair Bolsonaro called the head of the Brazilian Supreme Electoral Court a “son of b**ch” during a live broadcast shared on social media. The pair have been clashing over the electronic voting system in the country.

Videos have been circulating online of Bolsonaro uttering the insult in relation to Brazil’s top judge and the head of the Supreme Electoral Court, Luis Roberto Barroso. The remark was apparently made on Friday, when the president was talking to supporters in southern Brazil. The meeting was reportedly shared live on Bolsonaro’s social media page, but was later deleted.

Reacting to the comment, Barroso said that it showed he was doing his job properly, Reuters reported. Senate President Rodrigo Pacheco criticized the verbal attack on the judge, saying Bolsonaro’s insults were unacceptable.

Brazil’s president has been involved in a long-running dispute with the Supreme Court on the issue of future presidential elections. Bolsonaro claims that the existing voting system with electronic urns may be rigged, suggesting votes should be cast on printed ballots that are easy to be recounted manually in case of a dispute. He has been pushing for a constitutional amendment to change the all-electronic system, but Congress’ lower house committee has voted against it.

A probe into Bolsonaro’s claims was approved by the Brazilian Supreme Court earlier this week, with justices suggesting that voter-fraud accusations are unfounded. The president said the “investigation is not within the bounds of the constitution.” He has also previously stated that without changes being implemented to the system, he would not accept the result of the vote that is due to happen next year.