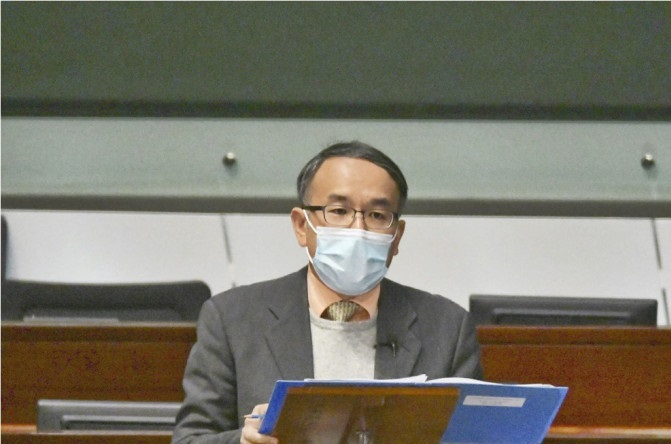 Several lawmakers on Friday raised concerns that proposals to restrict public access to information about directors of companies could make it harder for trade unions, journalists and lawyers to do their jobs, Reuters reports.
The proposals, which would allow companies to withhold information such as directors' addresses and full ID card numbers, were being discussed for the first time by a committee of Hong Kong's Legislative Council (LegCo).

Some business groups, corporate governance activists and journalist associations have said the proposals could undermine Hong Kong's business environment by making it harder to carry out due diligence and potentially facilitating fraud.

On Friday, other lawmakers and Hong Kong's Secretary for Financial Services Christopher Hui, who was appearing before the committee, said the changes were necessary to prevent a practice known as doxxing, which has surged since anti-government protests in 2019.

Last year, there were 1,036 cases of doxxing – publicly releasing private or identifying information about an individual or organization - official figures showed.

Hui added the proposals were only a minor change to existing arrangements.

The government will introduce the legislation next month. It is almost certain to become law as all of Hong Kong's opposition lawmakers, bar one, resigned last November.

Under the proposals, companies would be able mask the residential addresses of their directors and only provide directors' partial ID numbers, though full details could be obtained with the consent of the individual or by certain individuals such as liquidators.

Michael Tien, a pro-establishment lawmaker, said the changes could mean directors with similar names to others could be wrongly identified, adding even newspapers supportive of the government had raised concerns.

In Hong Kong, individuals often use English first names alongside their Chinese surnames, and different systems for writing Chinese characters in the Latin alphabet mean the same Chinese name can be written differently.

Other lawmakers said employees should be able to access information about company directors in the case of labor disputes, and lawyers should have access to full details of individuals to ensure they have the right person when filing lawsuits.

Hui, said the chance of misidentifying a director was exceptionally low.
Add Comment