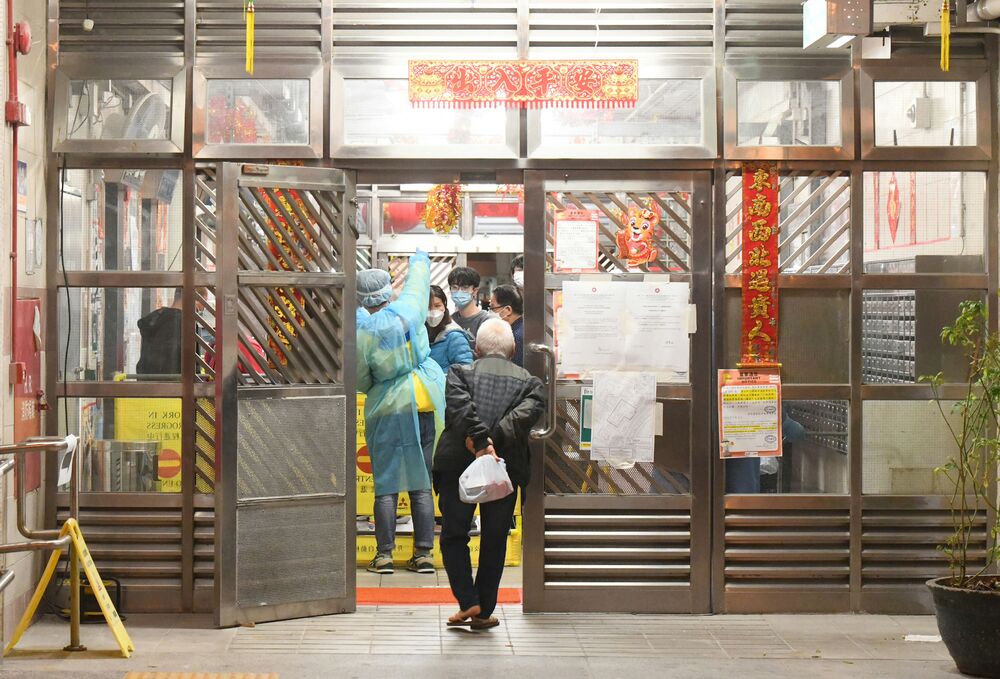 Some 300,000 Hongkongers are in home isolation or quarantine

An estimated 300,000 Hongkongers are undergoing home isolation or quarantine, Chief Executive Carrie Lam Cheng Yuet-ngor said on Sunday.
In a press conference in the morning, Lam said the estimation of 300,000 was made based on the assumption that patients and their close contacts stay 14 days at home.

But the number could be an overestimation given that authorities relaxed the requirement for those who received two vaccine jabs, so that they can leave home if they test negative on the 6th and 7th day.

Lam said authorities are still trying to catch up when it comes to supporting those people at home. An anti-epidemic kit is distributed to them, and more supplies such as food are delivered to the doors of those in need.

Secretary for Food and Health Sophia Chan Siu-chee said paracetamol – a medicine for killing pain and suppressing fever which were snapped up in local pharmacies – will be included in the anti-epidemic kit distributed to patients starting Monday.

Oximeters that measures the oxygen saturation of one's blood will also be distributed to families with infected patients, and also to residents of elderly homes. Low oxygen levels are seen as an indicator of deterioration of condition for Covid-19 patients.

Hospital Authority will launch another six designated Covid clinics the coming week, increasing the total to 23.

Undersecretary for home affairs Jack Chan Jick-chi said a fourth call center will be introduced for the government's "StayHomeSafe" Hotline: 1833 019. Following its establishment, the number of telephone lines serving the hotline will be increased to 550.
Currently, around 540 people answer more than 10,000 cases a day.

Chan said the Home Affairs Bureau will take charge of distributing anti-epidemic kits, so that Social Welfare Department can use its manpower to handle problems faced by elderly and disabled homes. On top of its owner staffers, the bureau will make use of volunteers and delivery companies.

So far more than 7 million rapid test kits have been distributed to citizens. There have been efforts to cater to elderly who live alone, partition flat residents, grassroot citizens and ethnic minorities, he said.
#COVID-19  #vaccine  #Covid
Add Comment