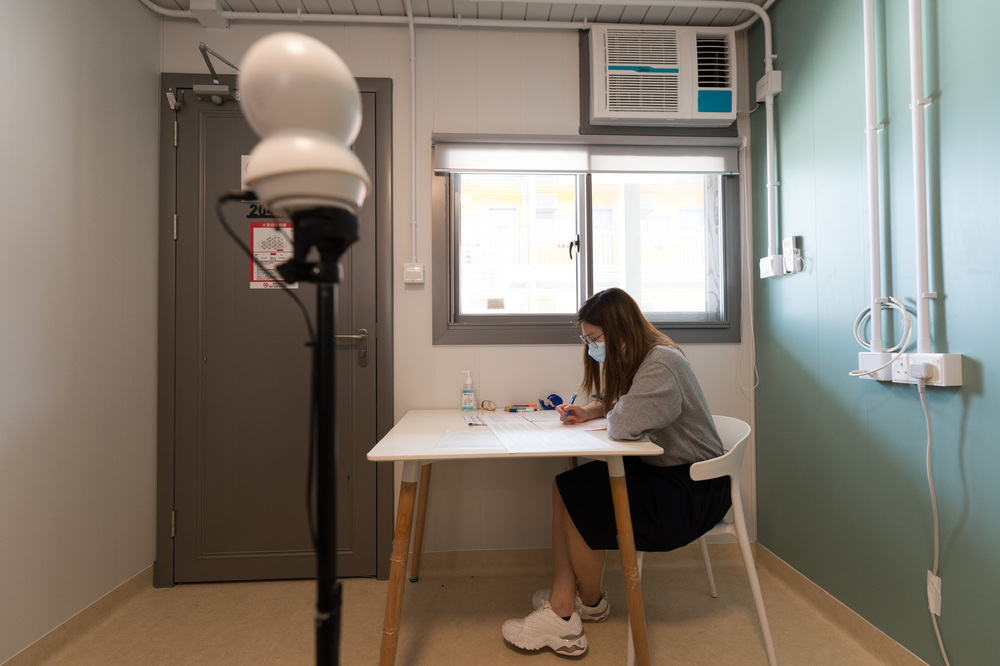 Asked by reporters when work on contact tracing will resume, Au replied that authorities will closely monitor if there is any rebound in infections in the next two weeks following the relaxation of the social distancing measures.

Their focus now is to trace the whereabouts of home contacts of confirmed patients, Au continued.

Among the new cases, 290 were confirmed via PCR tests, and 284 were positive rapid antigen test results reported by citizens.

Eleven new cases were imported, including four arriving from Australia on flight CX100 on Wednesday. The flight operated by Cathy Pacific has been grounded for a week as authorities revoked the “circuit-breaker” flight suspension mechanism.

Another was a 38-year-old foreign domestic helper from Indonesia who arrived on April 8. She finished the seven-day quarantine and tested positive at a community testing center on the 12th day upon her arrival with a low viral load and without symptoms.

The employer’s family showed no symptoms as well, and the center believed the helper was a re-positive case.

Hospital Authority’s chief manager for patient safety and risk management, Sara Ho Yuen-ha, reported 15 more deaths aged between 75 and 103, pushing the death tally of the fifth wave to over 9,000.

Fourteen new deaths were logged in public hospitals in the past 24 hours while a 93-year-old patient passed away on Wednesday.

Ho continued that only three deceased patients had received at least two doses of the Covid-19 vaccine, including a 78-year-old man who received the booster jab. All three suffered from high blood pressure, coronary artery disease, and other chronic diseases.

Public hospitals and treatment facilities are now housing 2,382 patients. Two patients are in critical condition, six are in serious condition, and 19 have been admitted to hospitals’ intensive care units. In the past 24 hours, 337 patients have recovered from Covid, and 244 were discharged.
#COVID-19  #vaccine  #Covid
Add Comment