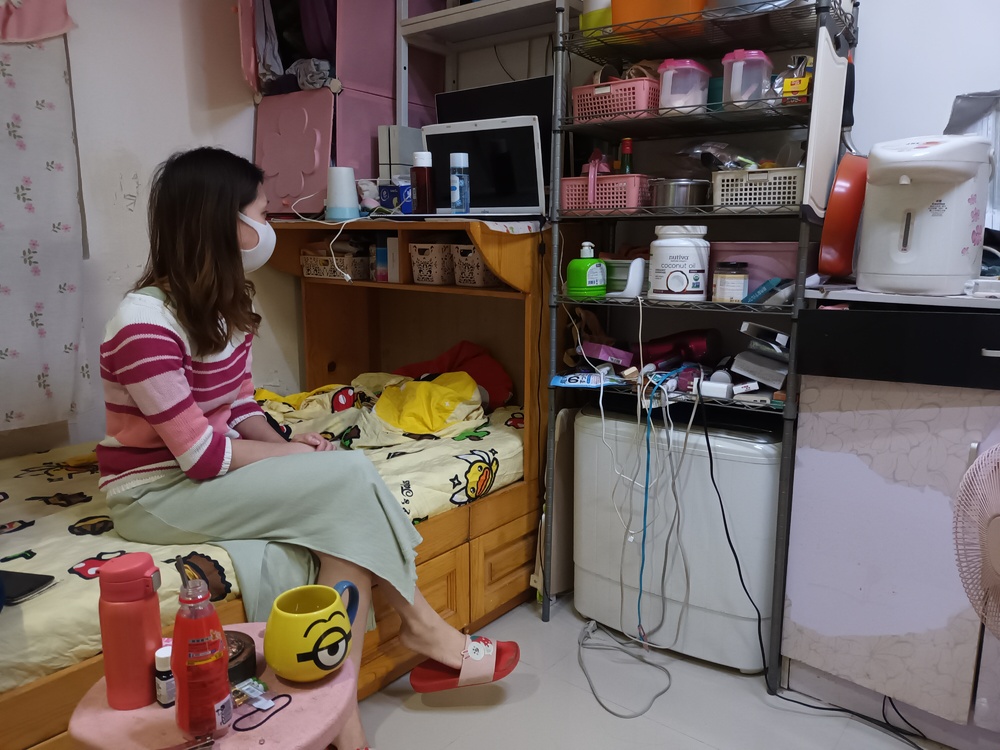 Some 12,000 households live in sub-divided units in industrial buildings

They expected the numbers are rising under the impact of the Covid-19 pandemic.

The result found that their median household income is only HK$9,166 per month.

In terms of age, the majority of industrial building tenants are middle-aged and elderly people aged 51 to 60 who live alone, accounting for 53.3 percent.

SoCo's community organizer Wu Ka-yi said a flat in industrial buildings could be divided into up to 40 units as the median per capita area was only 40 square feet. In units that require shared toilets, an average of six people have to share one toilet.

The organization added that tenants of industrial buildings have a stronger sense of protection as they feared to be found by inspection personnel.

A tenant surnamed Ng has been renting a sub-divided room in an industrial building for five to six years. The family of four originally lived together, and he had to sneak out of the building to send two daughters to school and avoid being noticed by others. "We felt like thieves every morning."

Ng was worried that it may affect the daughters' mental development, so his wife rent another 60-square feet sub-divided room with two daughters.

He said that the current rental of two units cost about HK$7,000, while the rent of a sub-divided room that can accommodate four was expected to reach about HK$10,000.

He added that they have applied for public housing for six years, but heard nothing so far.

Another tenant surnamed Tai who lived in a cubicle apartment in an industrial building said the flat was divided into 20 rooms with only two toilets.

A woman said she used to live in an industrial building, but was forced to move out after being found by inspectors. She eventually move into a rooftop mental shack, where the indoor temperature reached up to 43 degrees earlier in hot weather.

The organization stressed that they do not condone sub-divided units in industrial buildings, but the government should not drive out all residents in a one-off. They suggest the authorities do the safety ratings first and suspend removal orders for industrial buildings without safety risks.
#COVID-19  #Covid
Add Comment