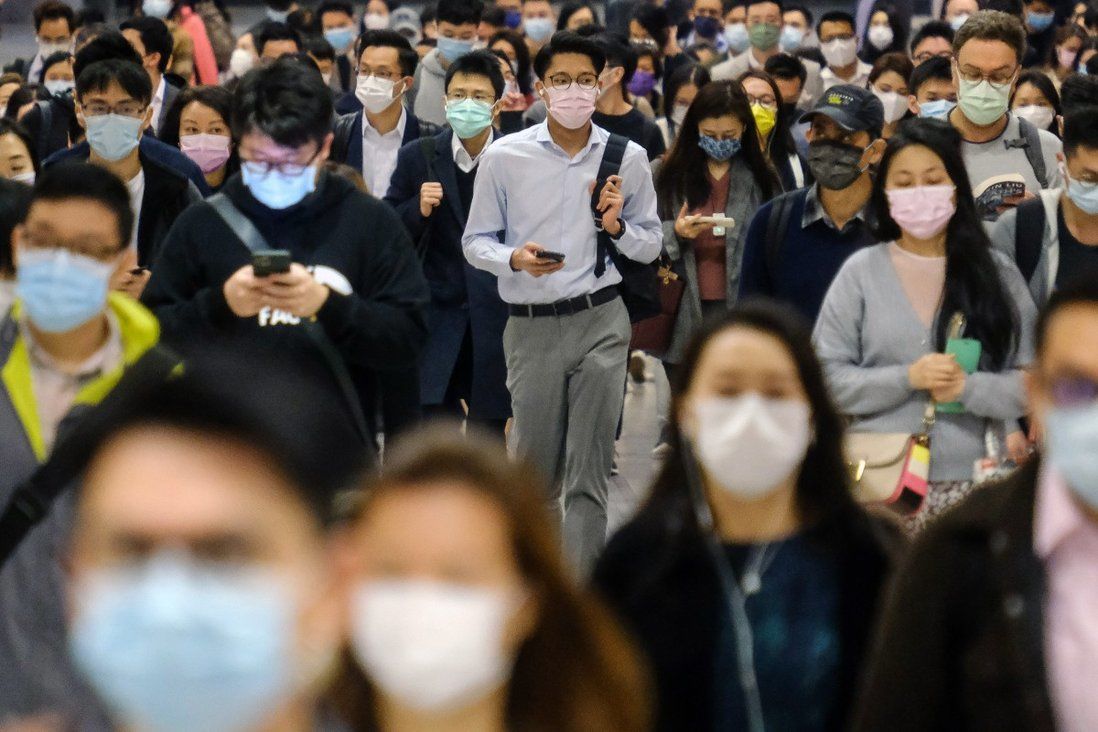 Changes in composition of sectors in Election Committee raises concerns among social workers that their 60 seats will be cut back.

The draft decision passed by Beijing to overhaul Hong Kong’s electoral system has dropped the biggest hint yet on curbing the influence of the opposition-held social services sector in the committee that selects the city’s leader, but industry representatives worry policy advocacy for the underprivileged will be affected if their voices are muffled.

Among the sweeping changes approved by the National People’s Congress (NPC) on Thursday, one of the most far-reaching concerned the 1,200-member Election Committee which picks the city’s chief executive.

Not only will a new 300-member sector composed of Hong Kong representatives of pro-Beijing groups be added to the committee, the composition of at least two existing categories will be revamped.

The committee is currently composed of four sectors: industrial, commercial and financial; professional; labour, social services and religious; and political. Each 300-member group is composed of a number of subsectors.

According to the resolution, “social services” in the third sector was replaced by “grass-roots”, raising concerns that Election Committee seats for social workers would be slashed from the current 60.

Social welfare was one of six subsectors in which the opposition camp captured all seats in the 2016 committee that picked the chief executive. The bloc won 325 of the 1,200 seats and wielded greater influence over the election of the leader, as a candidate must secure more than 600 votes to win.

At a press conference on Thursday, Chief Executive Carrie Lam Cheng Yuet-ngor gave assurances that the social services subsector would be grouped under the “professional” sector, but refused to say whether the number of seats would be cut.

“I don’t want to cause confusion, the social services sector is actually a profession, in which I believe the NPC Standing Committee would take this opportunity to group them as professionals,” Lam said, referring to China’s top legislative body.

“As to us, social workers are professionals like lawyers, engineers and doctors, so I think it will be handled this way.”

But Lam’s assurances did not allay industry concerns. Prominent blind activist Chong Chan-yau, who took the most votes in the 2016 subsector election, said if their voices were muffled in the election body, it would be detrimental to the plight of the underprivileged.

“We’ve established a network in welfare policy advocacy over the years. This expertise and experience cannot be easily replaced by individual grass-roots groups,” said Chong, president of the Hong Kong Blind Union.

He said the subsector had advocated welfare policies in previous chief executive elections, which prompted the government to introduce the minimum wage, poverty line and measures to reduce queues for disability dormitories.

Lun Chi-wai, president of the Hong Kong Social Workers’ General Union, was surprised at the switch as the sector had remained politically moderate.

“We never staged political drama but focused on pressuring candidates to improve the welfare of the needy,” Lun said, who also secured a seat on the 2016 Election Committee. 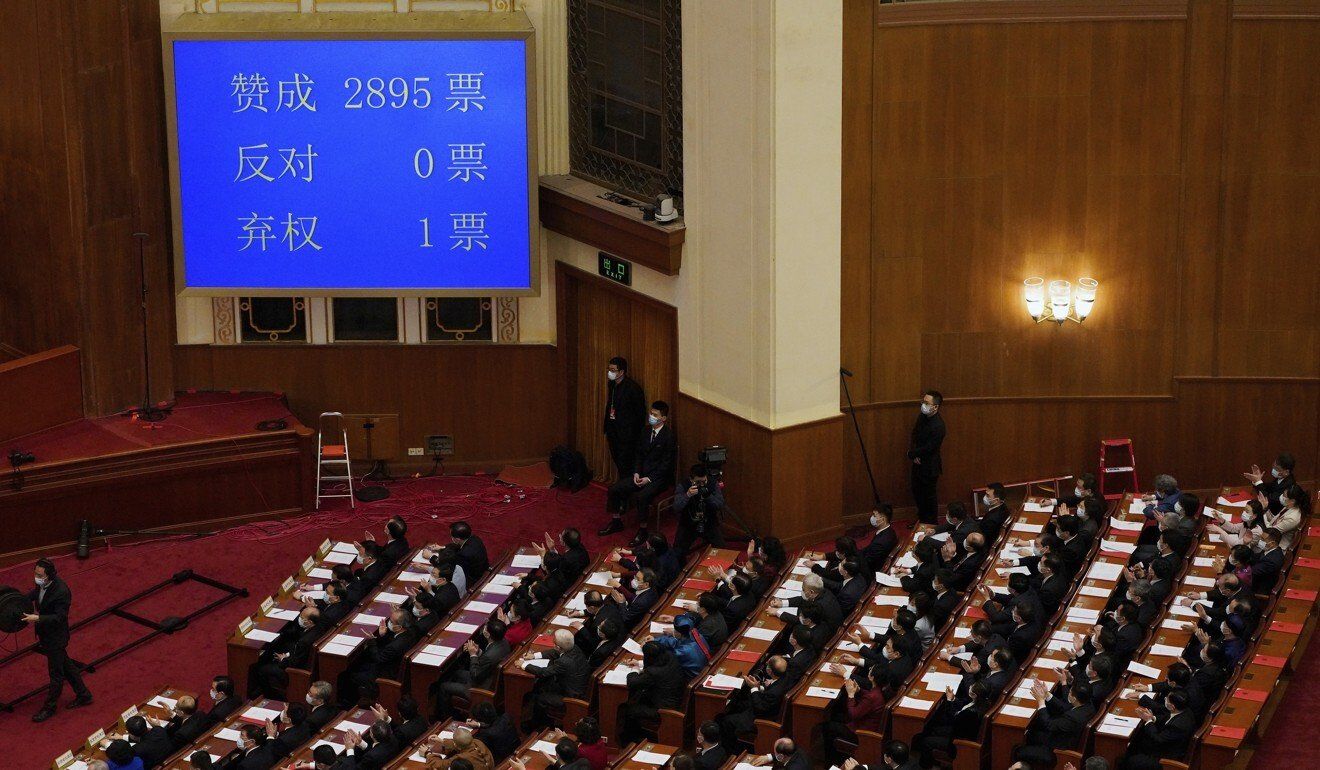 The NPC passed the resolution on Thursday.

In that poll, the pro-democracy camp also captured all the seats in IT, health services, legal, education and higher education – all under the professional sector.

Subsector elections are expected to be the first race held after the city’s electoral system is changed, and officials have told the Post they are working towards a date in September.

Beijing officials had said the Election Committee would send “a relatively large proportion” of lawmakers to the Legislative Council, which was also being expanded from 70 to 90 seats. In addition, it will vet all candidates for elections, weeding out those whose loyalty to Beijing was suspect.

Under the revamp, at least 87 seats in the political sector would be freed up after spots reserved for the NPC and Chinese People’s Political Consultative Conference (CPPCC) moved to the new sector.

Lam refused to confirm if all 117 seats for district councillors, controlled by the opposition, would be axed.

While awaiting the NPC Standing Committee’s final word on who will be eligible for the 300 new seats, pro-Beijing forces have already floated suggestions. 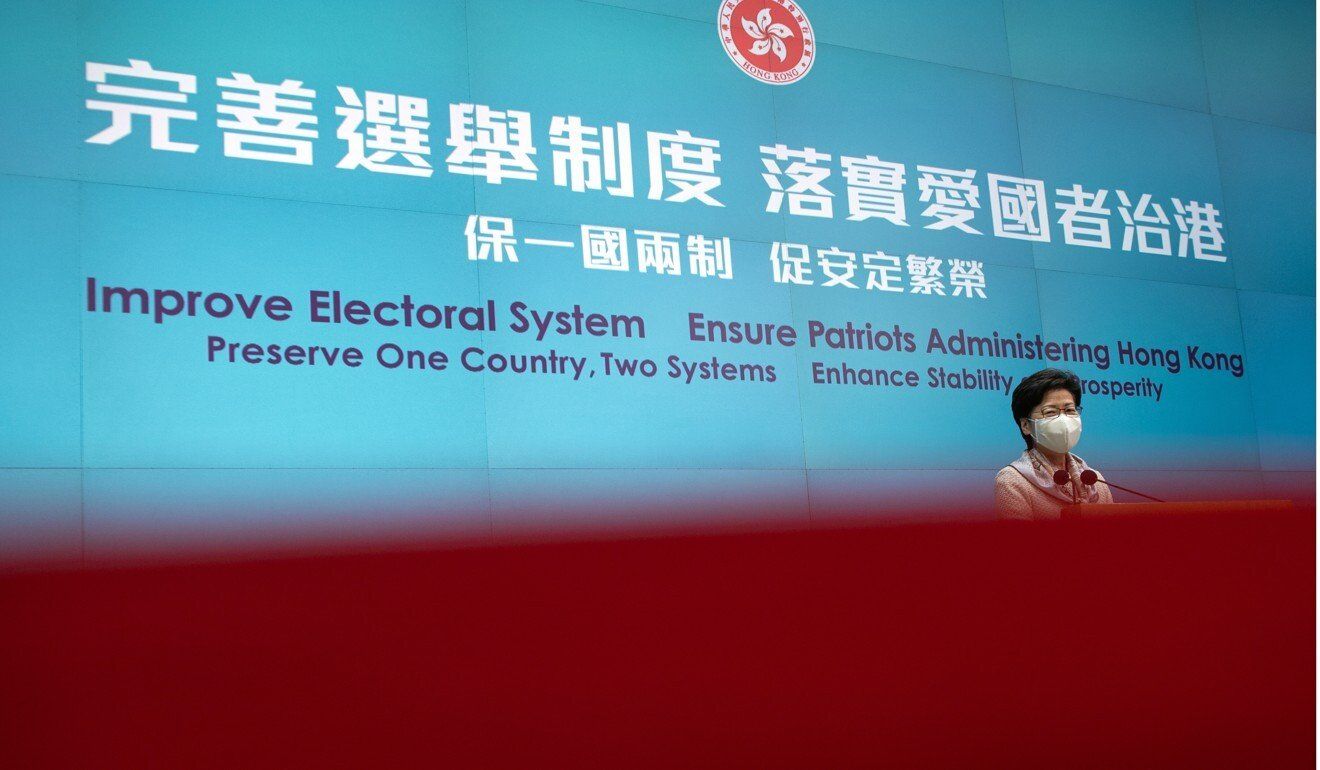 CPPCC delegate Lam Shuk-yee, a former Federation of Trade Unions president, said priority should be given to 124 “specially invited Hong Kong representatives” of the consultative body. After that, she said, delegates to groups such as the All-China Federation of Returned Overseas Chinese and China Association for Science and Technology could be picked.

“These national groups are widely representative in China’s top consultative platform,” she said. “Adding their Hong Kong representatives to the Election Committee is a practical way to increase the participation of sectors such as workers.”

Pro-establishment heavyweight Rita Fan Hsu Lai-tai earlier suggested other eligible groups included the All-China Federation of Industry and Commerce, the All-China Women’s Federation and the All-China Youth Federation. Most of those bodies have no official branches in Hong Kong but local representatives who sit on the CPPCC.

The Bauhinia Party, set up last year by a group of mainland-born businessmen, said Beijing should give some seats to younger professionals who were under-represented politically. Co-founder Charles Wong Chau-chi said emerging financial industries such as fintech deserved representation.

“A clear aim of Beijing’s overhaul is to push established, traditional forces to perform better. The existing subsectors have existed since the 1990s. Patriots from emerging sectors should be included to encourage competition and provide new ideas for deep-seated social woes,” he said.

But Ma Ngok, a political scientist at Chinese University, questioned whether adding a large new pro-Beijing contingent would fulfil a requirement of the Basic Law, the city’s mini-constitution, that the Election Committee had to be “broadly representative”.

Simon Young Ngai-man, associate law dean at the University of Hong Kong, said the issue of broad representation had “always been a difficult concept”. He urged Hongkongers to look closely at the membership rules of organisations that were included when details of the sector were unveiled.

“Many may not necessarily share the same pro-business frame of mind and may be more concerned with social welfare matters,” he said.

Federation of Trade Unions lawmaker Wong Kwok-kin, an adviser on the chief executive’s de facto cabinet, said in the absence of a ruling party in Hong Kong, Beijing intended to use the enlarged, strengthened Election Committee to improve governance.

But he was concerned about the quality of feedback to the government when newcomers on the committee entered Legco based solely on their loyalty to Beijing.

“We sometimes provide harsh criticisms of government policies, but I’m guessing a main role of the new lawmakers from the Election Committee will be to offer the strongest backing to the weak administration,” Wong said.