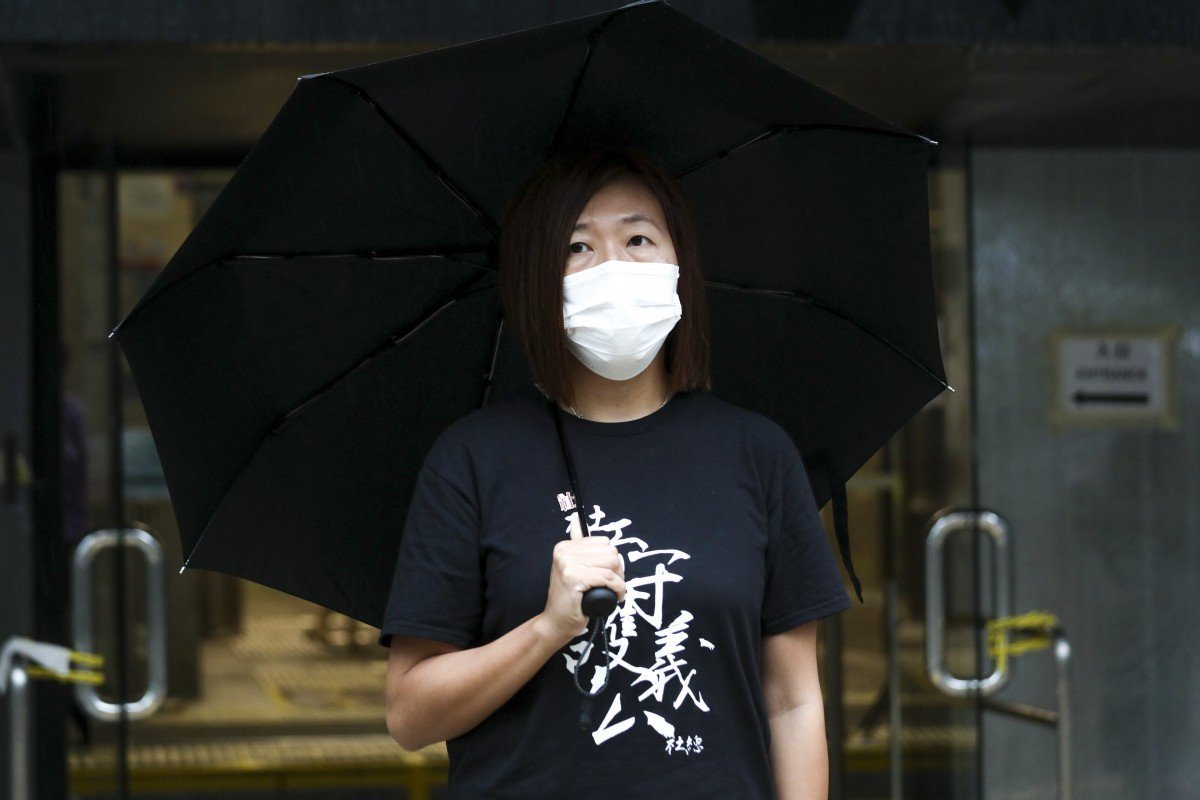 Prosecutors open their case against Jackie Chen, 42, and seven others after they all deny rioting in Wan Chai in August last year.

A Hong Kong social worker took part in a riot by shouting provocative language through a microphone and calling for police to calm down during an anti-government protest in August last year, a court heard on Tuesday.

Prosecutors opened their case against Jackie Chen Hung-sau, 42, and seven others after they all denied rioting in Wan Chai on August 31, 2019.

The District Court case originally centred on clashes in the Southorn Playground area on Hennessy Road, but it was later modified to cover the junction of Hennessy Road and Luard Road plus the surrounding area after prosecutors amended the charge on the first day of the 17-day trial.

Prosecutor Adonis Cheung Kam-wing said the case began at about 5.56pm when a large number of black-clad individuals – some wielding umbrellas – disobeyed traffic rules, obstructed vehicles and set up roadblocks on Hennessy Road. 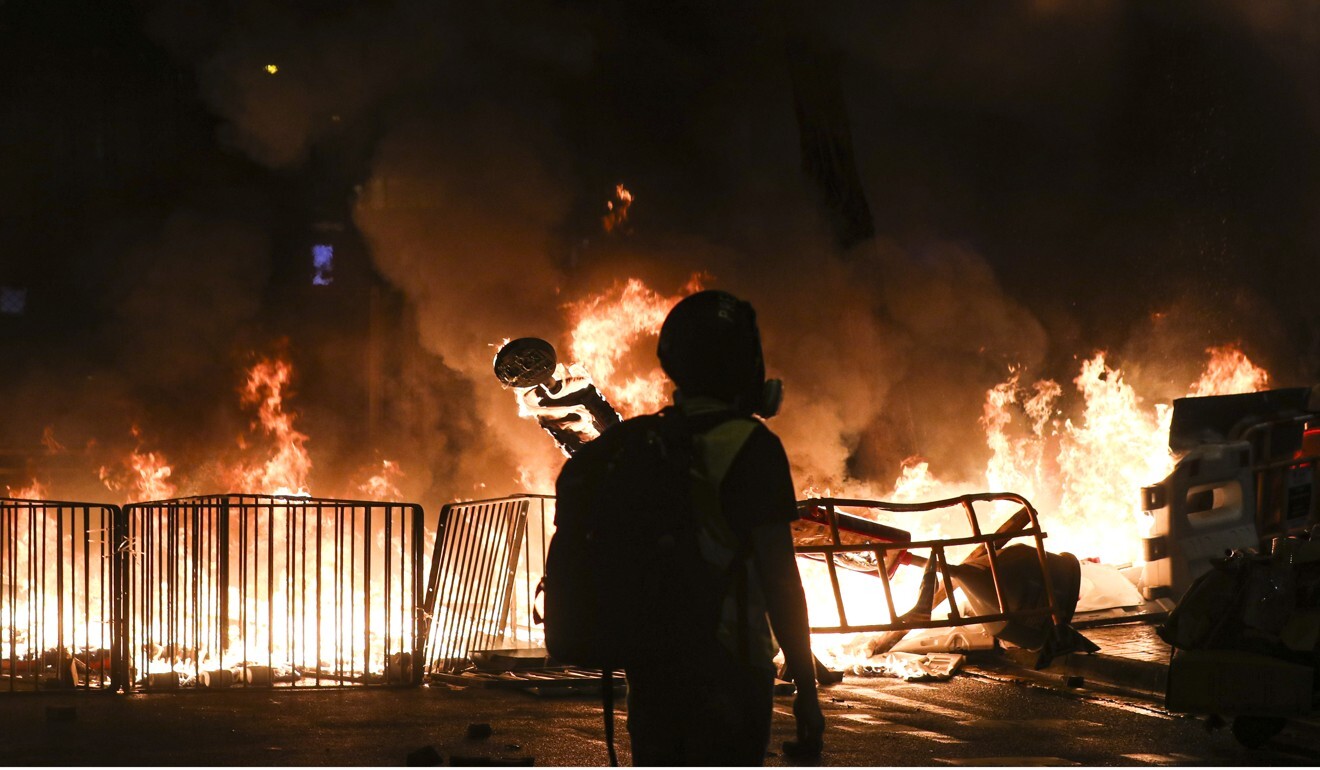 Protesters had set a roadblock in Wan Chai on fire on August 31 last year.

The situation gradually escalated as those assembled flashed laser beams and set the roadblock on fire at about 7.10pm.

By then, the structure had grown from bins and barricades into a giant obstruction that included road signs, bamboo poles, water barriers, umbrellas and six spectator stands removed from Southorn Playground.

Within 20 minutes, the flames reached up to eight storeys high, while releasing black fumes and explosive sounds.

People were also hurling petrol bombs at officers, while others chanted slogans to “Liberate Hong Kong” and used sticks, umbrellas and metal bars to bang against the ground.

Cheung said all eight defendants were arrested on site as police advanced towards the crowds following multiple warnings for them to disperse or face arrest, as the assembly at the junction had escalated into a riot no later than 7.52pm.

He also noted that all of the defendants had worn black and most of them were equipped with protective gear – such as helmet, respirator and gloves – like those assembled.

“[The defendants] voluntarily and deliberately showed up at the scene of a riot at the junction of Hennessy Road and Luard Road,” the prosecutor said. “[They] were actually participating in the unlawful assembly and riot in the area.”

In particular, Chen, who wore a T-shirt that identified her as a social worker, was said to have shouted provocative statements through a handheld microphone connected to a speaker, calling on officers to calm down while protesters were hurling bricks and petrol bombs at them.

Meanwhile, a co-defendant, cook Jason Gung Tsz-shun, 22, was accused of carrying a petrol bomb and an extendable baton in his backpack.

Gung has pleaded not guilty to one count of possession of an offensive weapon in a public place.

Another co-defendant, Yu Tak-wing, 23, who is self-employed, was accused of chanting slogans and tapping his umbrella against the ground.

The trial continues before District Judge Sham Siu-man on Wednesday.