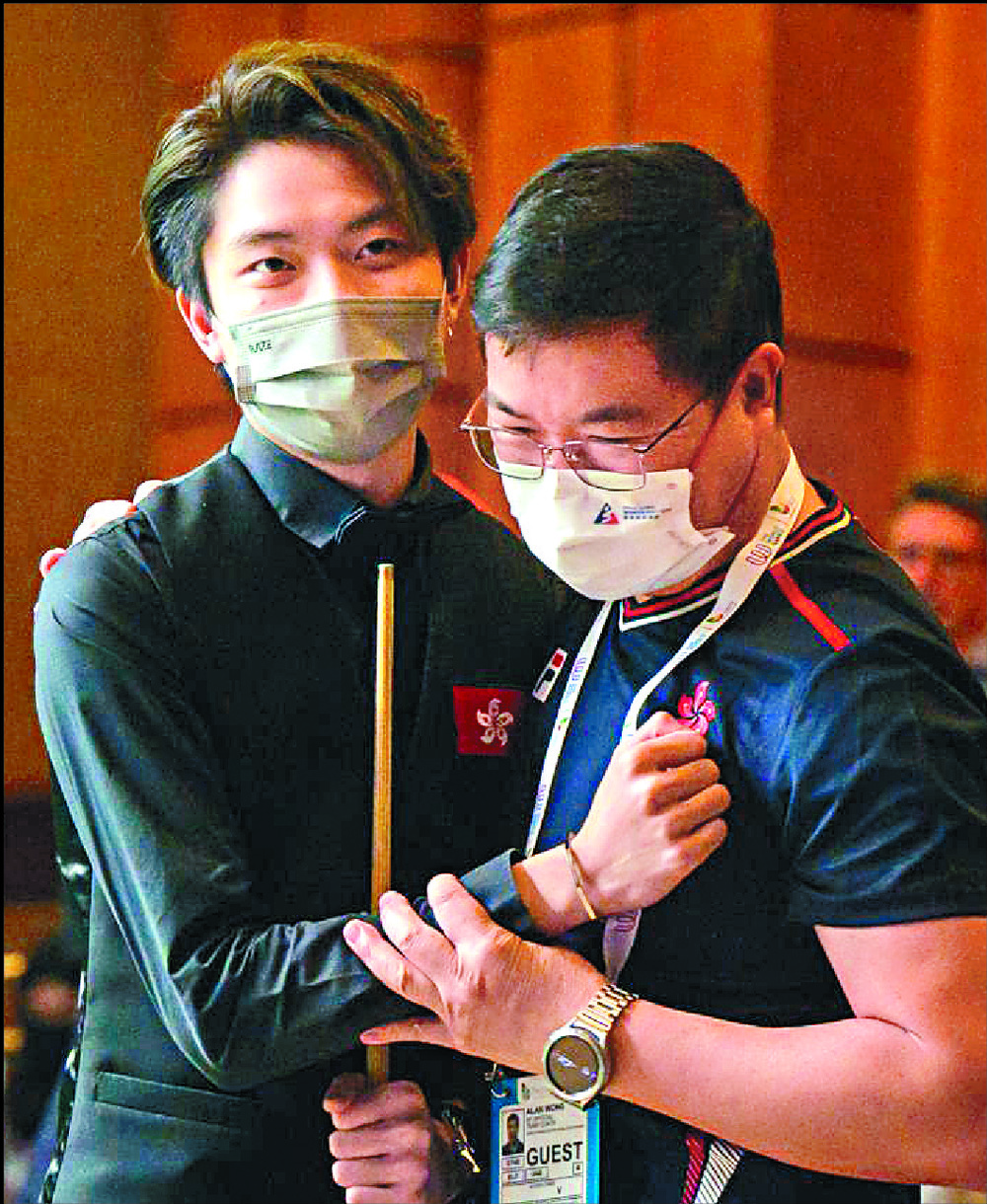 Hong Kong snooker star Cheung Ka-wai won the SAR's first-ever gold medal at the World Games yesterday.
It was also the first time the 23-year-old Cheung represented the SAR at the games, which was held in Birmingham, Alabama, in the United States.

Cheung started off the tournament on a strong note on Wednesday with a 3-0 win over England followed by a 3-1 win over Pakistan. Next, after beating Qatar 3-0, Cheung secured his place in the final two.

In the final, he defeated Egypt's Abdelrahman Shahin by 3-1.

Cheung commented after his win that he was glad he was able to overcome his jitters throughout the tournament.

"Before the tournament, a medal was our goal. In fact, I was very nervous the whole week, especially when I didn't perform my best in the second and third game," he said. "I was lucky I got through."

Cheung added the tournament had proved to be a great learning experience, saying: "It's not just about scoring points, it's also about controlling the game. It's not always possible to play your best under pressure so game control is the key."

"Cheung's mentality and technique have improved a lot in recent years. As long as he can perform at a level reflective of his strength, he stands a chance against any opponent," Wong said. "Of course, pressure is the key to victory. Although he was a little nervous, he handled it well."

Secretary for Culture, Sports and Tourism Kevin Yeung Yun-hung congratulated Cheung yesterday, saying "he performed at his best and displayed the demeanor of a great athlete. I am so proud and wish to sincerely congratulate him on his achievement."

Following the recent cancellation of cue sports from the Asian Games, the World Games offers a rare opportunity for Hong Kong snooker players to participate in a major sports event.

Cheung was one of 17 athletes representing the SAR across eight events. Four others won bronze medals, making this year's haul the largest since Hong Kong first began participating in the games.

The four were Olympics bronze medalist Grace Lau Mo-sheung in karateka as well as Yeung Chung-hei, Michelle Yeung and Lee Wing-yung in wushu.

In the previous games, Hong Kong bagged a combined total of three silver and one bronze medals.

The games, normally held every four years, was postponed from last July to this year because of the Covid-19 pandemic and potential scheduling conflicts with the Tokyo Olympics.
#COVID-19  #Covid
Add Comment