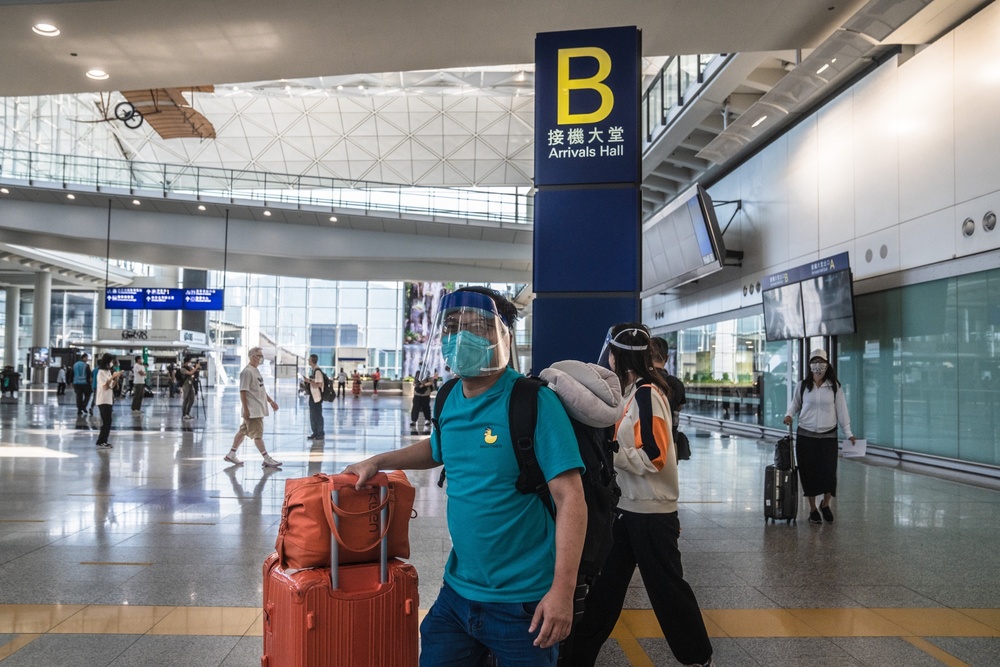 By removing hotel quarantine, Hong Kong declared it’s open for business again. While the move may go some way to stem the exodus of bankers and lawyers, the city faces numerous challenges to reclaiming its spot as Asia’s top financial center.
Hong Kong’s appeal continues to be dented by pandemic restrictions, the border closure with mainland China, tense relations between Beijing and Washington, and a struggling economy. Singapore, which was quicker to drop Covid curbs, has benefited as it became of the destination of choice of many of those abandoning the Chinese city. Selling Hong Kong as an alternative may be a tough task.

“Hong Kong’s reputation as a place to work for expatriates, for financial services professionals, especially, has taken a hit,” said John Mullally, managing director of southern China and Hong Kong at recruitment consultancy Robert Walters. “It’s a very positive message to go back and tell them that travel quarantine has now ended but, you know, people’s view on Hong Kong has changed and not in a positive way over the last two and a half years.”

The Covid era has yet to disappear in Hong Kong. Visitors are subject to a barrage of testing, limits on where they can go for the first three days, as well as mask mandates. The health chief made it clear that the city’s push to reopen is conditional on no new dangerous variant emerging and avoiding posing a risk to the rest of China.

Such curbs will act as deterrents to businesses wanting to set up in Hong Kong given other business hubs have removed them, said David Graham, executive director of the British Chamber of Commerce.

Singapore has been capitalizing on Hong Kong’s slowness to reopen by hosting major events such as Milken Institute Asia Summit and the Forbes Global CEO Conference, as well as offering new visas to attract wealthy professionals. In a sign of the relative appeal of the two cities, Singapore’s population rose 3.4 percent in June from a year earlier, while Hong Kong’s shrank 1.6 percent. Earlier this month, a report showed Singapore had overtaken the city to become Asia’s top financial center.

Alexa Chow, managing director of recruitment agency ACTS Consulting, says most of her corporate clients who moved away from Hong Kong since 2019 chose Singapore. While some are considering sending some staff back, more are waiting to see what happens with the remaining restrictions, she said.

As China's gateway, Hong Kong continues to have a notable edge in some areas. In particular, its peg with the greenback allows Chinese companies to raise cash in the world’s dominant currency while remaining within the nation’s borders -- an advantage that has become more important since Beijing’s increased scrutiny of overseas listings discouraged companies from selling shares in the U.S.

This has helped Hong Kong host at least 84 initial public offerings in the third quarter, raising more than US$7 billion, compared to just five deals and US$1.6 billion raised in Singapore, according to Bloomberg Intelligence.

The rising cost of living in Singapore may also prompt some to reconsider Hong Kong. Singapore’s rent surged the most among 30 cities globally in the first half, tying with New York.

“Rents in Singapore have doubled in the past 18 months,” said Christine Houston, managing director of executive search firm ESGI who focuses on the finance industry. “Kids can’t get spots in schools. In contrast, now in Hong Kong rent reductions are widespread, lots of new schools have opened up, so kids can have spots to enroll in. This makes Hong Kong much more attractive.”

Hong Kong officials are hoping a banking summit in November will show the city has returned to the world stage. Chief executives from more than 30 global firms will attend the conference, including Goldman Sachs Group Inc. Chairman David Solomon and Blackstone Inc. President Jonathan Gray. The event will be followed by the iconic Rugby Sevens tournament.

Still, Hong Kong will struggle to prosper while the border with the mainland remains closed. With the city increasingly opening up and the Communist Party doubling down on Covid Zero, there’s little chance of easy travel any time soon. Instead, the government is pursuing a plan where travelers first isolate in Hong Kong before entering China.

Hong Kong’s recovery depends on how quickly China reopens, said Raj Sital, chairman of the Indian Chamber of Commerce in Hong Kong. “Most people that come through Hong Kong are basically doing business with China, whether there’s a supply base or investing into China,” said Sital.

Hong Kong’s retail businesses will continue to suffer from a lack of tourist spending. In 2019 the city received almost 44 million visitor arrivals from the mainland. In the first seven months of this year, that number was just over 100,000, according to the latest data from the tourism board.

By contrast, visitor arrivals in Singapore rose for the sixth straight month in July to almost, up from 543,733 in June, according to the local tourism board.

At the same time, tensions between Beijing and Washington are prompting international firms to rethink their exposure to China, including Hong Kong.

And even if Hong Kong one day drops all Covid curbs, it’s unlikely to revert to its pre-pandemic self-given Beijing’s imposition of national security laws that have abruptly and fundamentally transformed the city’s civil society.

These changes make people more cautious about wanting to live in Hong Kong compared with Singapore, said Simon Roberts, managing director at executive search firm Sheffield Haworth. “Whilst Singapore is also quite a rigid society, it’s probably more transparent here than it is in China because the goalposts don’t seem to shift.”
#Covid
Add Comment