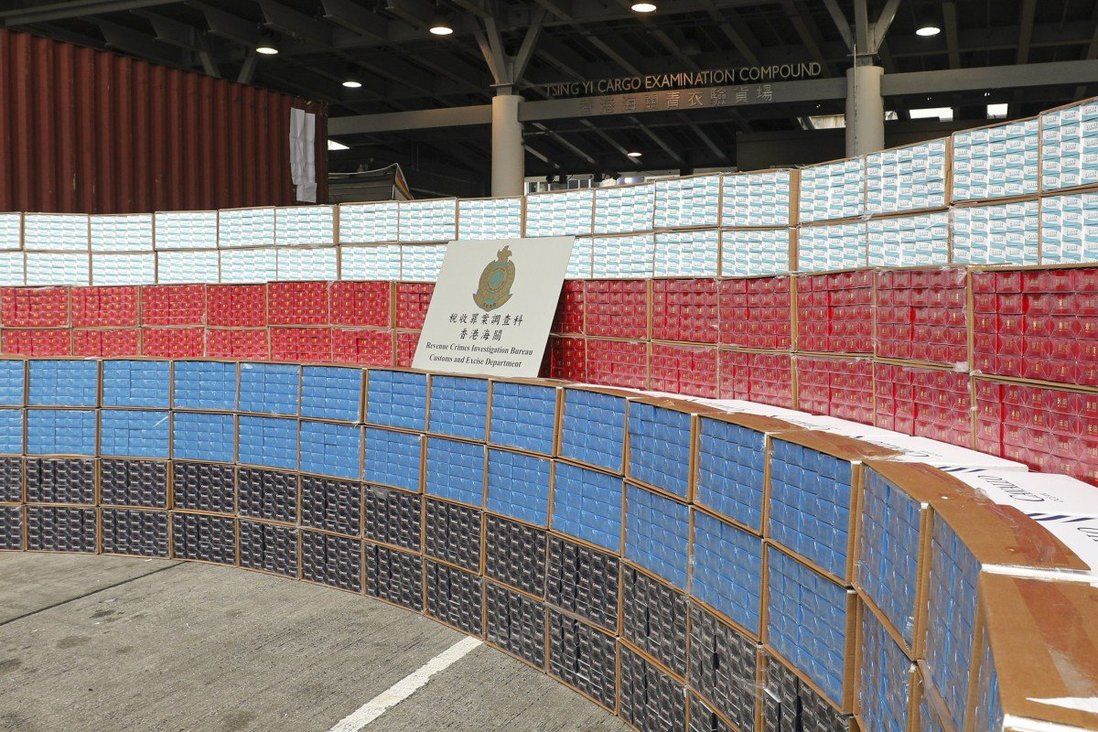 Seizures included a haul of 20.8 million cigarettes, worth HK$57 million, netted in a raid on a container yard in Yuen Long on Thursday.

Hong Kong customs has confiscated nearly 430 million smuggled cigarettes with a market value of HK$1.2 billion (US$153.8 million) this year, more than double the amount in 2020.

Seizures this year included a haul of 20.8 million cigarettes, worth HK$57 million, netted in a raid on a container yard in San Tin, Yuen Long on Thursday.

Investigators uncovered the goods in two 40-foot containers in the yard. Two male drivers, aged 63 and 69, were arrested.

“We suspect the syndicates were attempting to use the cigarettes we seized [on Thursday] to replenish supplies for Hong Kong’s black market before the Christmas holiday, after the case on December 10,” Senior Inspector Adam Lam Wai-kit of customs’ revenue investigation division said on Friday, referring to an earlier bust in Tsing Yi.

In the Tsing Yi raid, the Customs and Excise Department confiscated 47 million cigarettes, worth HK$130 million, in the largest single seizure in 20 years. 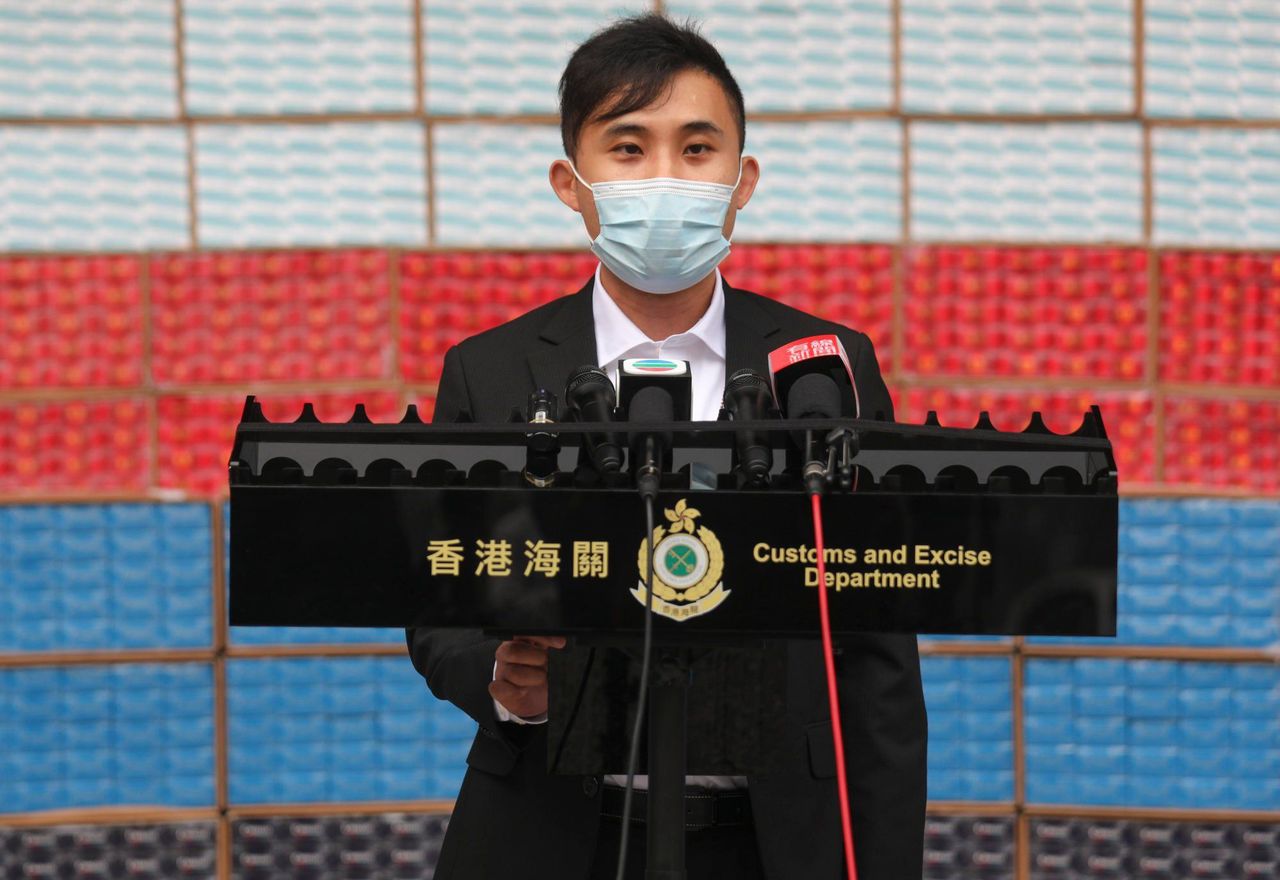 Lam said the cigarettes seized in the two recent raids were of similar design and customs was investigating whether the cases were linked.

The inspector said he believed the syndicates involved thought customs would let its guard down as Christmas approached.

He said the seized goods were mostly intended for the local market, with a small portion to be repackaged and shipped to countries with high cigarette taxes, such as Australia.

Lam said the origins of the confiscated goods and the identity of the mastermind were under investigation. He added border closures and quarantine requirements for drivers were causing smugglers to switch from overland to maritime methods.

“The quantity of goods smuggled in every operation increases as they need to fit in with the sailing schedules of ships,” he said.

Under the Import and Export Ordinance, those convicted of importing or exporting unmanifested cargo face a maximum prison sentence of seven years and a HK$2 million fine.