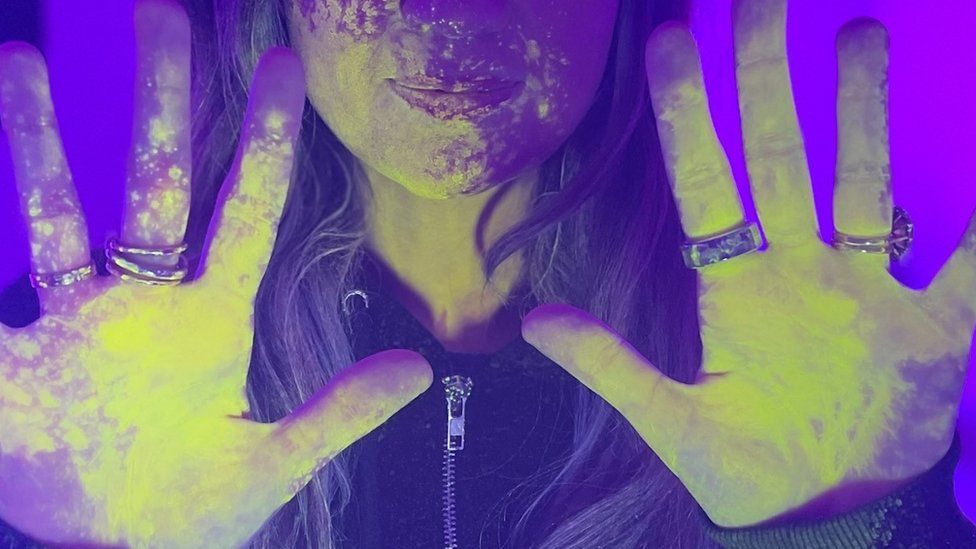 The first person in the UK has been convicted and jailed for domestic abuse after being sprayed with SmartWater - a forensic liquid which shows up under ultraviolet light. The technology is being trialled by police forces in the hope of keeping women safe.

The substance stays on skin for up to six weeks and on clothing for much longer and categorically links the perpetrator to the specific batch of water that was sprayed.

The victim, in West Yorkshire, is one of over 200 women across England who now have the forensic deterrent packages in their homes. The packages include a hand-held canister for spraying, a gel for door handles and gates, and an automatic trap that sprays the liquid if someone approaches the house. 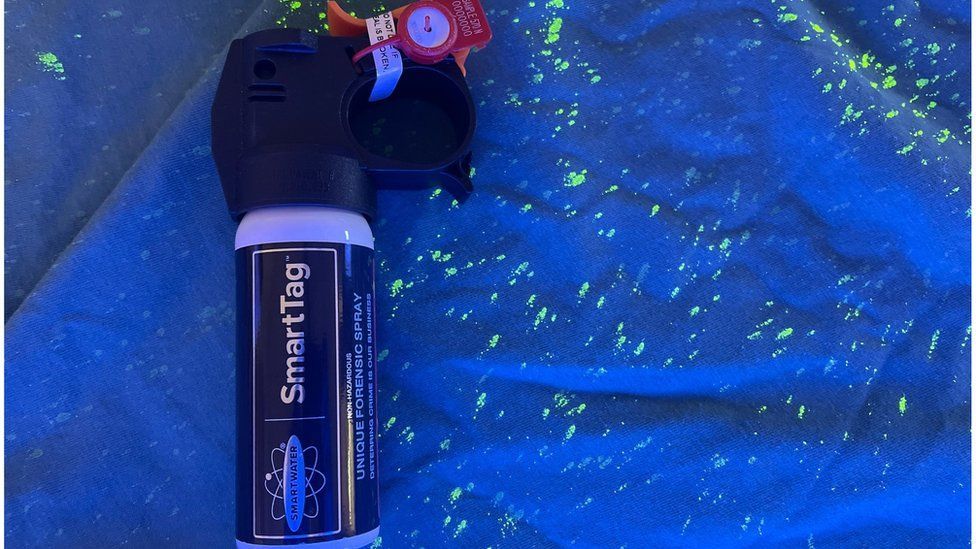 Detective Superintendent of West Yorkshire Police Lee Berry, who came up with the idea, told the BBC: "Domestic abuse is quite often difficult to prosecute and a lot of these crimes occur behind closed doors. It can be one word against another.

"What we're saying to the perpetrator is, if you go back to that address and you breach these conditions, you will be forensically marked."

West Yorkshire, South Yorkshire and Staffordshire Police forces are all using the kit, which costs about £150 a month per person, as part of their strategy to fight domestic violence.

On average it costs the police about £640 to respond to a domestic abuse incident, according to the crime survey of England and Wales. DS Berry said the force will save about £500 on each deployment if using the forensic marking as a deterrent.

Most victims using the technology have told the police they feel safer, and 94% who were surveyed across the three forces said they would recommend it to others.

At least 20 of the 43 police forces in England are meeting and sharing what they are doing to tackle domestic abuse as part of the UK's Violence Against Women and Girls strategy. DS Berry is hopeful other forces will decide to implement the tech too.

DS Berry said: "I really hope other police forces see what we're doing here in West Yorkshire. The more victims that we can protect and make feel safe in their own homes, the better. That's the real success success story here." 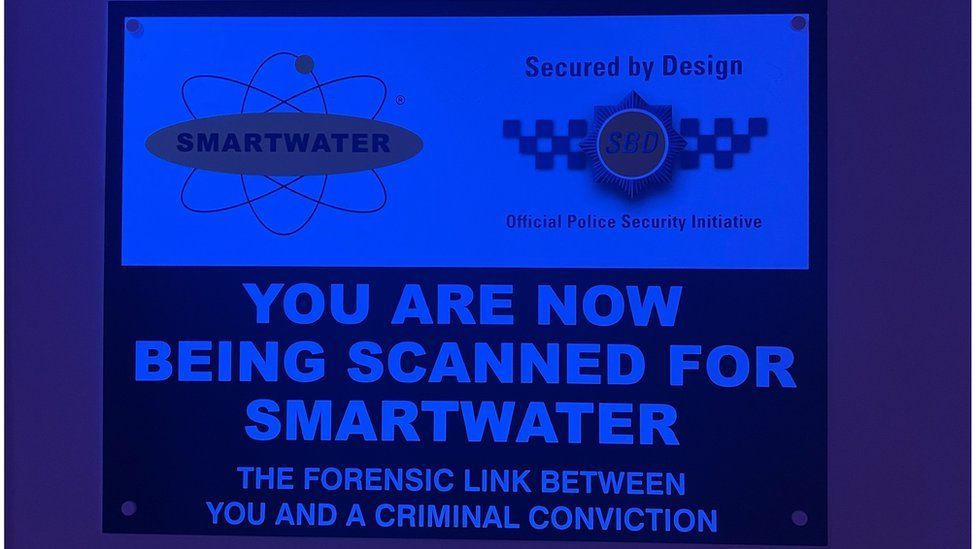 For years, SmartWater has been used to protect property and deter thieves by being applied to high value items. When dry the liquid is invisible to the naked eye, but it glows fluorescent yellow under ultra violet lamps and torches which are used by police.

If the valuables are then stolen and later recovered, their original owner can be traced after a laboratory testing of a sample.

The technology has already been credited with halving catalytic converter thefts, according to the National Police Chiefs' Council.

But the application of the technology to help tackle domestic violence is new.

The man from Wakefield, West Yorkshire, was harassing his ex-partner and breaching his non-molestation order that stipulated he must leave her alone. When he turned up and tried to get into the house, she sprayed the coded liquid from a canister from the protection of her window.

The SmartWater helped officers to catch the man, as it forensically placed him at the scene of the crime.

He was jailed for 24 weeks and given a two-year restraining order. 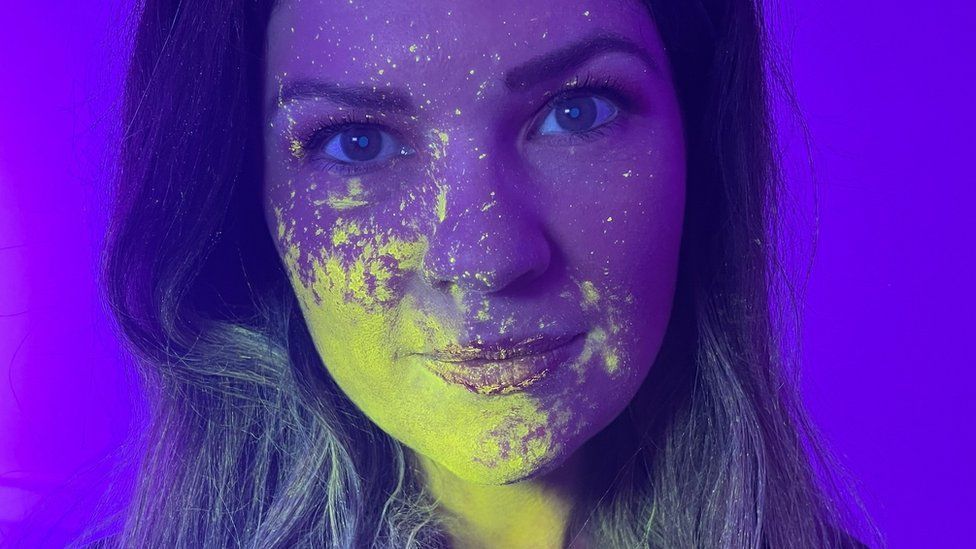 Rachael Oakley, the director of SmartWater's intelligence unit, says that there is no element of doubt when it comes to using forensic markings, unlike other deterrents, such as CCTV.

"SmartWater is made up of a combination of rare elements that would never be found naturally anywhere else in the world. Every bottle has a different amount of those particles within it and each batch is unique, meaning we can tell categorically which batch of liquid is found.

"Our database is the forensic link back to that person."