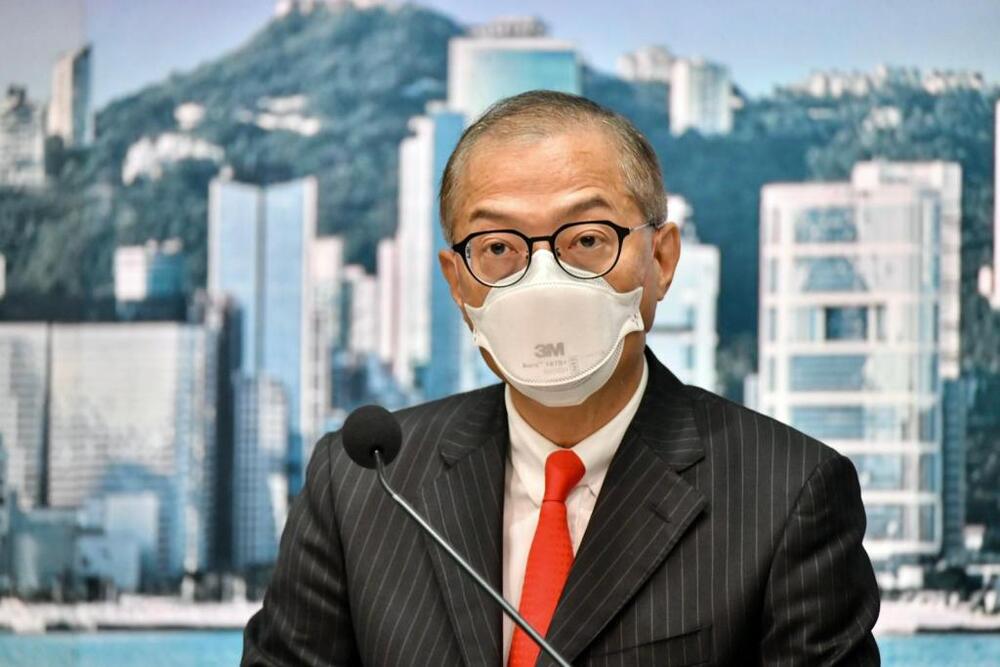 People subject to home quarantine after tested positive for Covid-19 will have to wear electronic bracelets starting July 15 as Hong Kong reported 2,863 cases on Monday.
Among the new infections, 2,611 were locally transmitted, including 1,066 confirmed via PCR tests and 1,545 verified positive RAT test results. The official caseload of the fifth wave now stands at 1,273,917.

The remaining 252 infections were imported cases, according to Chuang Shuk-kwan from the Centre for Health Protection. Of them 129 were detected at the airport, 109 at quarantine hotels and 14 were patients identified in local communities after completing the seven-day isolation.

Secretary for Health Lo Chung-mau said 60 percent of confirmed patients are now quarantined at home. The patients will have to wear smart bracelets starting from July 15 to ensure they do not leave their places.

He stressed that there is no plan for lockdown in the city for the time being.

In terms of the LeaveHomeSafe App, Lo said that when the app adjusts to required real-name registration in the near future, a red QR code will be issued to those who tested positive via nucleic acid test to bar them from entering specific premises or high-risk places, such as those where people may remove their masks.

He said the number of new cases has hovered high recently, while more than 900 patients have to stay in the hospitals. The numbers of critical and serious cases are also on the rise, making the Hospital Authority under tremendous pressure.

Lo added that the government hopes to achieve precise anti-epidemic measures, mainly to control infected or high-risk people, prevent them from endangering the majority of the community and reduce the cost to the whole society.

The Hospital Authority reported seven more death in the past 24 hours, involving four men and three women aged 65 to 90. Three of them were residents of elderly care homes. The death tally of the fifth now stands at 9,206.

Public hospitals and treatment facilities are now housing 957 Covid patients. Among them, 17 are in critical condition, 31 are in serious condition, and five are staying in hospitals' intensive care units.
#COVID-19  #Covid
Add Comment