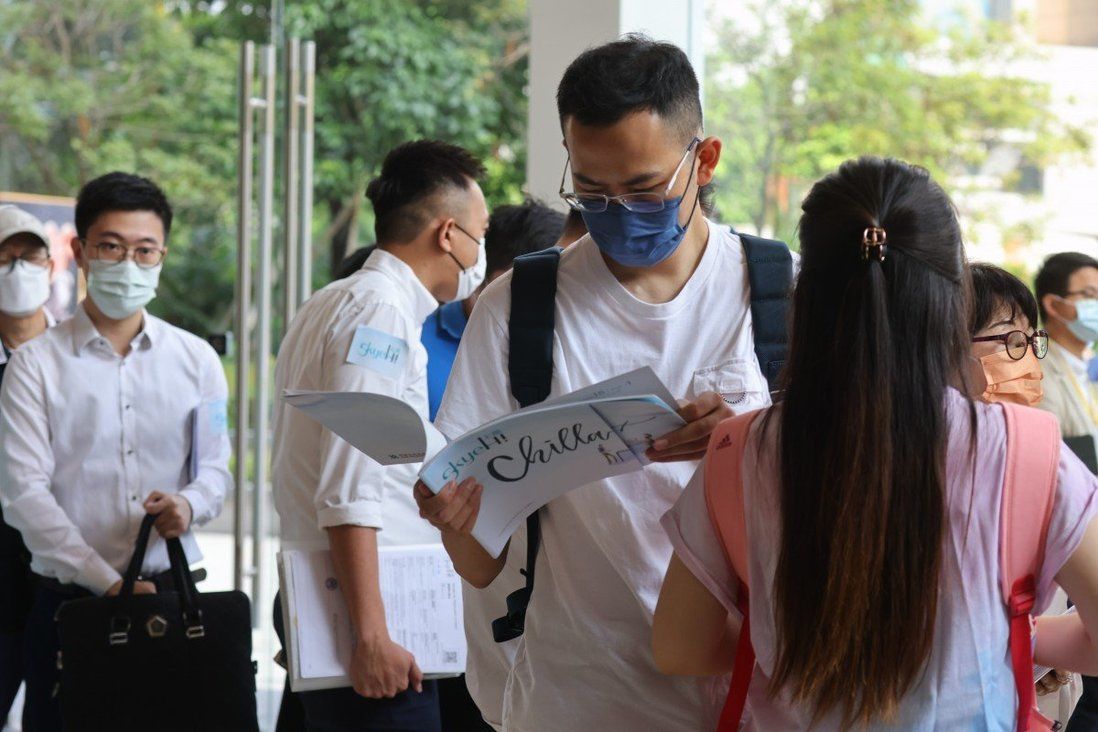 A sale of new flats in the west of Hong Kong’s New Territories failed to hit the spot with buyers on Sunday, with only half of the 79 small units available being snapped up.

But property agents said the modest sales at K&K Property’s project SkyeH!, which has a total of 112 units, were not indicative of the overall state of the city’s real estate market. They said that because all the units in the development are one-bedroom flats, it has mostly attracted younger, cost-conscious first-time homebuyers.

Older, more experienced buyers with deeper wallets are standing on the sidelines awaiting the launch of bigger new projects, such as Sun Hung Kai Properties’ Wetland Seasons Bay project in Tin Shui Wai next month. That development has 1,996 flats on offer and will be a more accurate gauge of overall demand, the agents said.

“Property prices are likely to continue to rise for the rest of this year,” said Sammy Po, chief executive of Midland Realty’s residential department. “We are keeping our full-year forecast of a 15 per cent rise this year compared to 2020.”

Based on the developer’s price list published on July 15, the launch price was 11 per cent higher than a nearby project even after K&K property offered a discount of up to 16 per cent at SkyeH!.

A total of 550 registration of interests were received for this, the first round of sales, meaning about seven interested buyers were going after each of the 79 units available.

The tepid reception for SkyeH! follows similar responses seen on Saturday, when just 30 of a combined 191 leftover apartments at four projects were sold, less than a fifth of the total on offer.

For the rest of this month, a lack of sizeable project launches will probably lead to a drop in new unit transactions, some property agents have said.

Centaline Property expects about 1,800 units to have changed hands by the end of this month, totalling HK$25 billion. That would represent monthly declines of 6.7 per cent and 16.4 per cent respectively.

Hong Kong’s second-hand home prices dipped by 0.5 per cent to 186.89 in the week ending July 18, according to the Centa-City Leading Index, which tracks transactions in 100 housing estates across the city. The current level is only 1.9 per cent off the June 2019 peak of 190.48.

But Chan said he remains optimistic about the market outlook because of the city’s economic recovery after the Covid pandemic was brought under control. The prospect of Hong Kong and Chinese governments waiving quarantine requirements for travellers could rejuvenate demand from mainland buyers, he said.