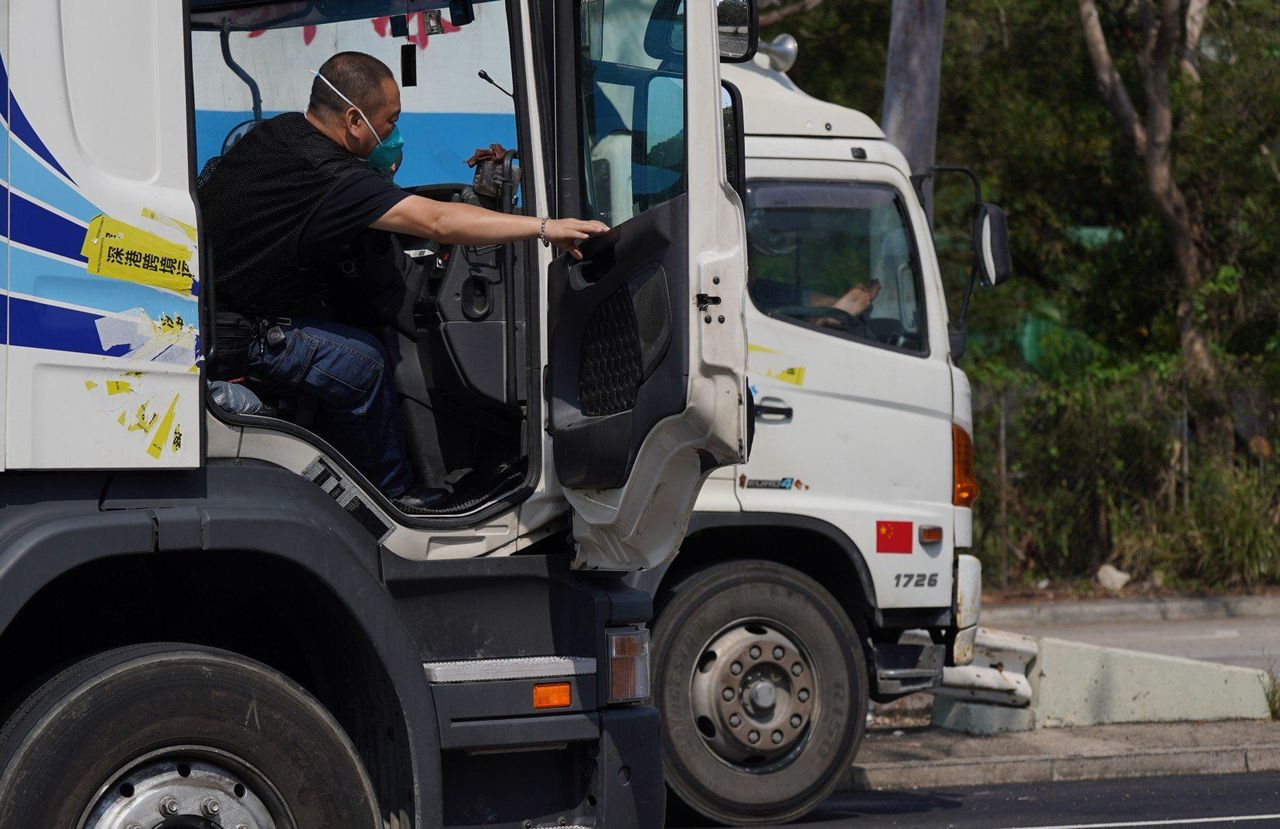 Trade between China and Hong Kong has been reduced as the various coronavirus restrictions have increased delivery times and costs.

Trade between Hong Kong and mainland China has been affected by difficulties moving goods during the coronavirus pandemic, leading to high costs and long delivery times, according to industry insiders.

Consumer products bound for mainland China are piling up in Hong Kong, while imports have been halted, people related to the food and drink industry said.

Logistics costs have risen by 50 to 200 per cent, and standard delivery times of one or two days have increased to around three weeks.

“We have stopped purchasing for some time already,” said Pierre Tam, president of the Hong Kong Wine Industry Association and senior manager for the China market at Global Wine Cellar.

“We just store potential orders [from China] at the place of origin, like France, instead of stocking up in Hong Kong. We’ll import again when the logistical process returns to normal.

“[In the past,] we would usually stock up wines in Hong Kong because of its zero tariffs, then we would do the custom clearance paperwork for the mainland. Once it was approved, we’d send the wine either by road or ship to our customers.”

Fellow wine merchant Steve Xie, who is based in Haining city in the eastern province of Zhejiang, said local coronavirus restrictions have made it hard to transport products to their warehouses. It is also difficult for customers in the Yangtze Delta to shop for wine because of the lockdowns in Shanghai and nearby areas.

According to figures from Hong Kong Trade Development Council, mainland China was the largest wine export market in Asia for Hong Kong with a total value of HK$533.2 million (US$68 million) in 2021, followed by Macau, Taiwan and Singapore.

“There’s a backlog of products in Hong Kong. Normally [transport] can be done in one day, but now it takes one to two weeks with costs increased by more than 60 per cent,” said Simon Wong Ka-wo, president at the Federation of Restaurants and Related Trades and chairman at Kampery, which focuses on the coffee, tea, wine and organic food businesses.

“The transport between Hong Kong and Guangdong takes five to seven days now. Some locations that are far away from Guangdong will need more time. We may use ships to send products to Shanghai and Dalian, but the cost is high.”

Drivers need approval from both Hong Kong and China when making an appointment to cross the border, which includes obtaining a declaration on the drivers’ side and a review by an official at the border.

Hong Kong drivers are also barred from loading goods on the mainland, and must rely on staff at designated interchange venues.

Some have temporary approval to pick up cargo in Shenzhen and return to Hong Kong, but they are not allowed to leave the truck cabin, with some drivers confined to their cabs for six to seven hours per day and requiring permission to use the toilet.

Ambrose Linn, chief executive of the Hong Kong Construction Materials Association, said the logistics industry is discussing with the Hong Kong government to implement a “closed-loop management system” within two or three weeks to return transport of goods back to normal.

The proposed system will allow a certain number of Hong Kong drivers to resume working by following strict coronavirus testing and measures at a number of cross border points.

“We have a lot of consumer products [that can’t be transported] because we do not have enough drivers,” Linn said.

“Mainland drivers can go back to China now, but Hong Kong drivers can’t go to China.”

He added that exporters can send their products by barge, but it has to be a huge volume, while he said that the Hong Kong government has not explained why it is not considering moving freight by rail.

A survey by the Container Transportation Employees General Union last month found that 85 per cent of 1,163 respondents had no income under the current arrangements, while 90 per cent of drivers were forced out of work.