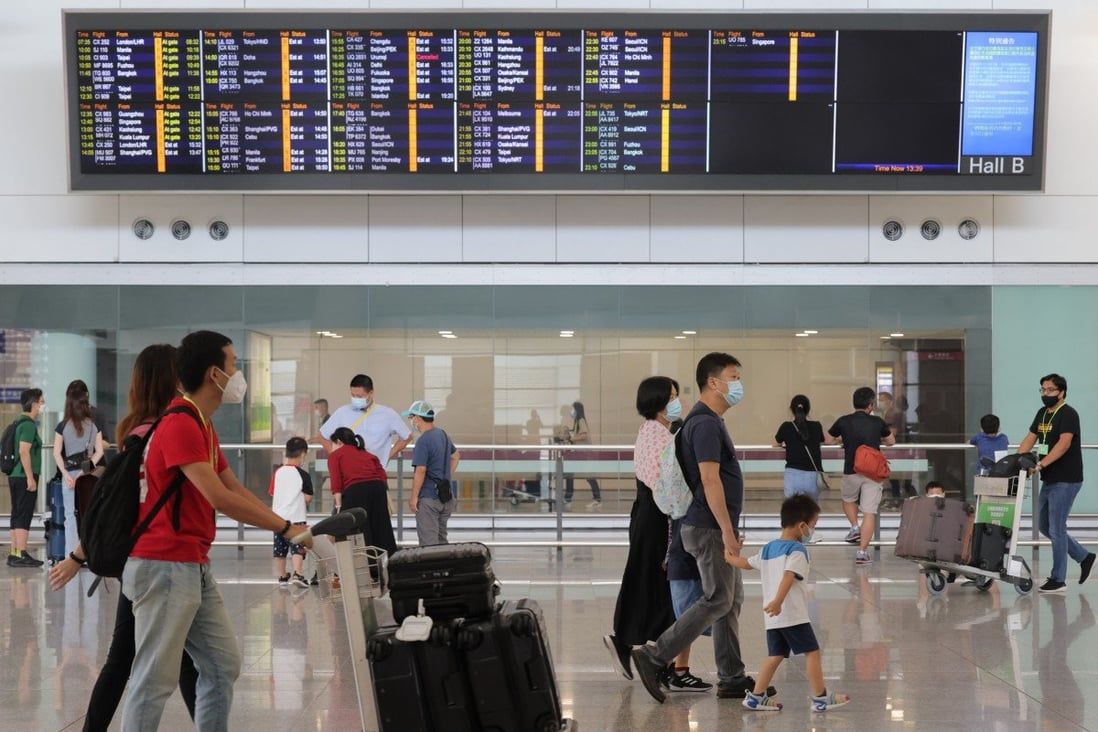 The number of arrivals in Hong Kong has increased in the week since the government scrapped its hotel quarantine requirement, but the figure was still far below levels recorded before Covid-19 struck.

The travel industry on Wednesday said the slight improvement in inbound traveller numbers would not benefit the city and tourists were still reluctant to book leisure trips.

The government last month removed hotel quarantine and replaced it with a “0+3” system, where arrivals undergo three days of medical surveillance at home or in a hotel. They are free to move about the city but are barred from visiting places such as restaurants and bars. 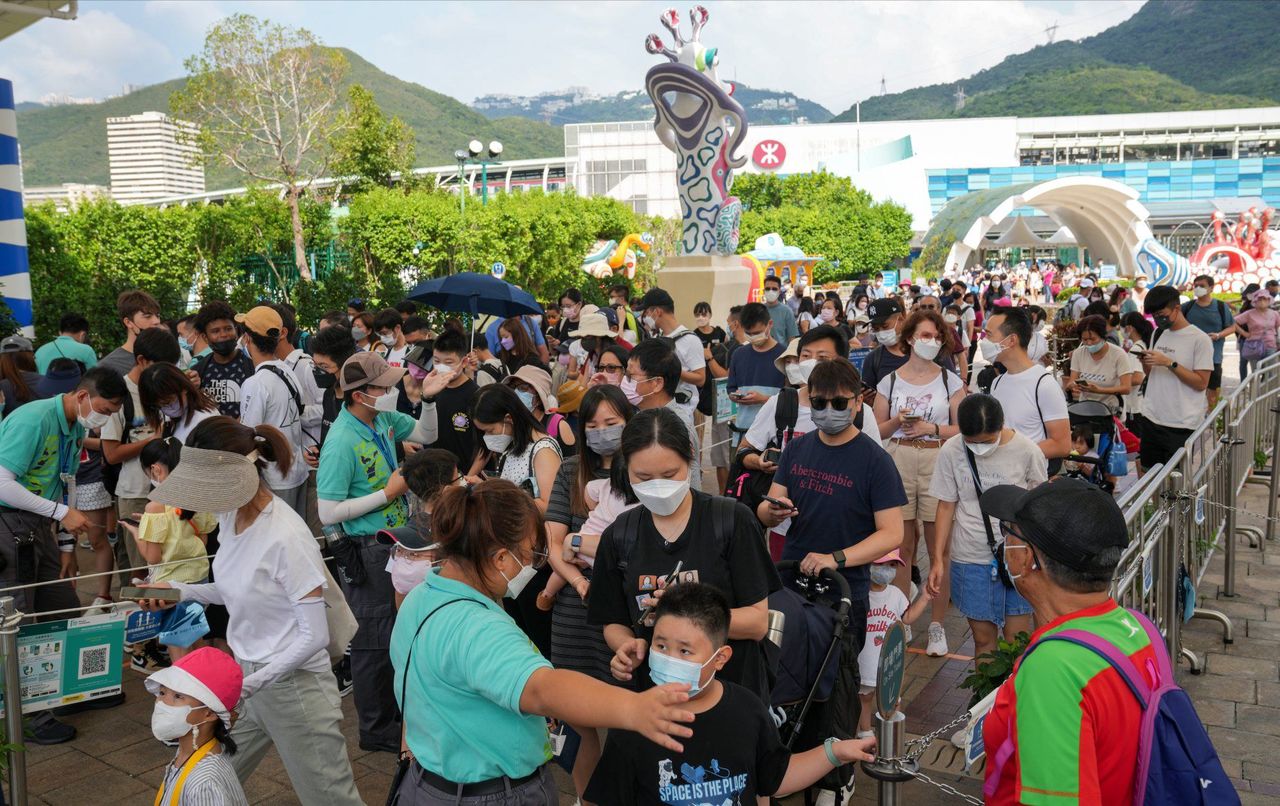 Queues form at Ocean Park, a major attraction for visitors and residents.

The Post analysed travel figures from the Immigration Department and separated arrivals into three categories: residents, mainland Chinese and other visitors.

The city received 768 visitors from other countries on October 3, and 471 left, the highest net inflow of foreign tourists, 297, coming to Hong Kong this year.

The department did not have a breakdown of nationalities of the travellers, but a check of flights showed that inbound ones came from cities including Taipei, London, Tokyo and New York that day.

But the figures were far below historical trends. In 2020, 22,872 people came to Hong Kong on January 24 with a net inflow of 9,854 visitors. Arrival figures have dropped steadily as the pandemic worsened.

On Monday, the city recorded a slight increase in arrivals from mainland China, with a net inflow of 744 people, the highest so far this year.

The increase coincided with the National Day “golden week” holiday, traditionally a peak travel season that starts on October 1.

While most of the world has relaxed its Covid-19 policy measures, the mainland is still using a “dynamic-zero” Covid policy. It stopped issuing tourist visas for its residents to travel to Hong Kong on January 28, 2020, and has not announced plans to restart.

The demand for outbound travel has also been much stronger since quarantine was scrapped. Residents booked holiday trips to popular destinations such as Tokyo and Taiwan, while those coming to the city were mostly returning residents.

Record days for net outflow for the week were September 30 and October 1, with 2,247 and 3,658 more people leaving, respectively.

More mainland visitors left the city than entered over the same period as well, with 10,795 people entering and 11,386 leaving.

Fanny Yeung, the executive director of the Travel Industry Council, said that although more residents were flying out for holidays, the sector had not seen significant improvements in business.

“There are more than double the number of inquiries, but the actual business is not much. Only a few destinations are popular,” Yeung said.

“Current flight capacity is just around 10 per cent of pre-pandemic levels. Due to supply and demand, air fares are much more expensive and it is not easy to operate tour groups.”

Yeung said that the “0+3” arrangement would only benefit visitors who came to see friends and relatives.

“It does not help leisure inbound tourism and Hong Kong will not be the choice of destination if visitors are restricted from entering restaurants, bars, theme parks … premises under the amber code,” she said, referring to the QR code that applies to arrivals while they undergo medical surveillance.

Tommy Tam Kwong-shun, the chairman of the Society of IATA Passenger Agents, a coalition of the largest travel agencies in Hong Kong, said the outflow of travellers was still “under expectation” as flights had not fully resumed.

“It is believed that more flights will be operating soon after the further relaxation of the crews’ quarantine policy is announced. With more flights and cheaper air fares, the travel peak will come,” Tam said, estimating that would take six to nine months.

Tam highlighted the mainland still made up about 80 per cent of inbound and outbound traffic.

“Unless borders with the mainland reopen, Hong Kong’s tourism industry will not able to recover,” he warned.

Gary Ng Cheuk-yan, a senior economist at Natixis Corporate and Investment Bank, agreed that pent-up demand for outbound tourism would continue to drive the demand for more flights over the next few months, but the city would not be able to attract tourists under the present arrangements.

“It is possible to see air passenger capacity rebounding around 10 per cent at the moment to 30 per cent of the pre-pandemic level by year-end. Still, there is a long way to go for Hong Kong to catch up as Singapore will reach 80 per cent soon,” he said.

Singapore, now a year into its “living with Covid” strategy, allows fully vaccinated travellers and children under 12 to enter the country with no pre- or post-arrival testing and no quarantine restriction.