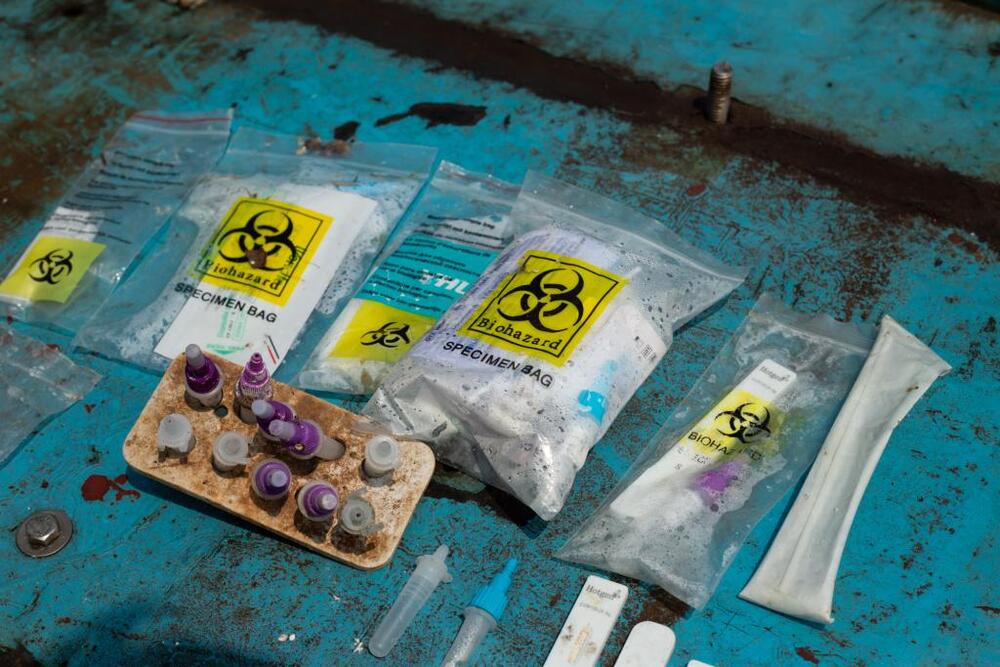 Hong Kong’s environment chief said the estimated 60 tons of rapid antigen test kits turned into waste each day would not put significant additional pressure on our landfills and the environment.
His comment came as lawmakers raised concerns that the RAT kits used during the city’s Covid epidemic would burden the city’s landfills and cause environmental pollution.

In a written response on Wednesday, Secretary for Environment and Ecology Tse Chin-wan said authorities have no separate statistics on the number of RAT kits disposed of in Hong Kong each day, while the figure has inevitably increased under the current Covid situation.

However, Tse said the estimated 60 tons of additional waste generated by using RATs will not put significant additional pressure on our landfills and the environment compared to the overall quantity of municipal solid waste Hong Kong disposed of each day.

“Assuming that on average about 1.5 million RAT kits are used per day in Hong Kong and each on average weighs about 40 grams, their total weight would be about 60 tons,” said Tse.

The environment chief said the figure, compared to the average 10,809 tons of municipal solid waste disposed of at landfills each day, will not put significant additional pressure on our landfills and the environment.

He added that such additional pressure is temporary and will ease off when the pandemic subsides.

Meanwhile, Tse was also asked if authorities could introduce measures to facilitate the reuse of RAT kits after special treatment.

In response, Tse said it is not recommended for the public to recycle the components of used RAT kits as the negative result shown on a test cassette cannot preclude the possibility that a testee has been infected, thus, still having a certain degree of risk of transmission.

“After conducting the test, the best practice is to wrap and seal the components properly according to the manufacturer's instructions before disposal and wash hands afterward. Non-contaminated test kit boxes/bags and user guides can be recycled separately as appropriate,” said Tse.
#Covid
Add Comment